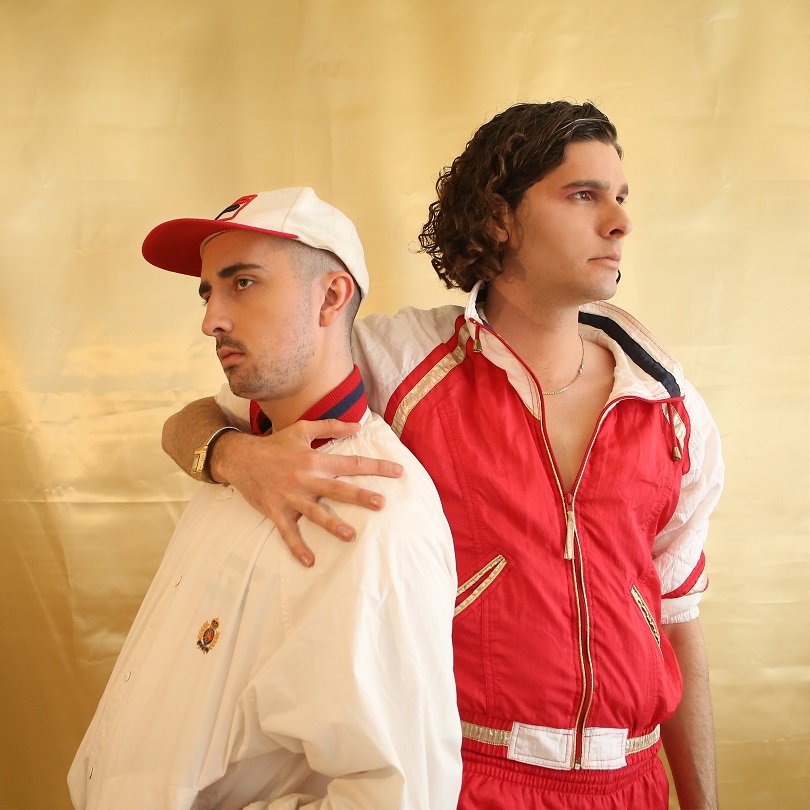 I remember the first time I ever thought I could start rapping was mainly due to the fact that I had done really well in English in high school, I figured ‘I can do that, string words and rhyme together, easy’. (laughs)

I guess hiphop music was basically always a part of my life from a pretty early age, which probably started by listening to Eminem and 50 Cent on family road trips in between sessions on the gameboy colour. But when I first started, a friend of mine was rapping and pushed me to get involved and we spent a lot of time hanging out and rapping together, so I guess my first influence to actually start was probably Brisbane artist, Midas Gold. Musically or stylistically I was listening to a lot of Kendrick Lamar and Tyler the Creator at the time, they were probably my biggest artistic influences, to begin with and now that I think about it, they probably still are.


Diemne to Youthfire: Q1 – Youve come so far on your musical journey, how do you think your life experiences have helped you as an artist?

I had an unusual introduction to making music. When I left high school I started making YouTube cover videos and released them once a week. I did this religiously for years which helped me to evolve and to grow.

Growing up being gay had a big impact on how I viewed myself and the world. I struggled with issues around self acceptance for quite some time. And went I came out I still battled with feeling like an outsider.

These experiences most definitely informed my musical journey with music and in many ways they still do.

Youthfire to Diemne – Q2  Where do you see yourself going with your music? What do you want to achieve?

I think my goals often shift back and forth. I’d like to make an impact on people’s lives in some way and I think that my music is one way to achieve that.

I’ve always said to myself that achieving local or national support would mean a successful career in the music industry… I think that touring the country and playing festivals around Australia would be the baseline for success with my music, it would definitely be something to look back on and say ‘yeah I did that, I made a go of it’. As long as you try your best right?

Outside of my own artistry, ever since I started making music, its been my number one priority and I don’t see that changing anytime soon. I grew up embracing hiphop culture and music has just become an extension of that. I think in the future I want to be involved with other emerging artists, helping them grow and achieve their vision.

Q2 Diemne yo Youthfire – if you could work with any three artists, alive or dead, who would it be any why?

It’ll be hard to only pick 3! But definitely on the top of my list is David Bowie, I’ve been inspired by Bowie from as long as I can remember. I love how he constantly redefined himself through his career and pushes boundaries. He also wasn’t afraid to try something that could fail. His fearlessness is so inspiring to me.

Next would be Prince. Except I think I’d be so nervous being in the same room as him. I think just overacting him in action would be enough of a learning experience for me.

Having the opportunity to work with Quincy Jones would be a dream, but again I’d probably feel more comfortable to observe him in action. I’m really inspired by producers and artists like Quincy who can bring out the best in the artists they work with.

Q3 Youthfire to Diemne – Was there something that surprised you, or that you didn’t expect would happen, when we wrote Emerging?

I think the songwriting process for emerging was the most interesting or surprising part of the process as It was the first time co-writing with another artist and exploring lyrics in new ways I hadn’t thought of before. During the process, we engaged with films and literature, identified key ideas or phrases and used those mediums to drive the vibe of the song, which ultimately led to a really cohesive sound, both lyrically and sonically.

I am also always astonished at the power of mixing. I think producers don’t get enough love in the music business and they make or break a record. Shoutout Youthfire for the production. You all make me sound drippy! 😉

Q3 Diemne to Youthfire – If you had one piece of advice too give to a young self what would it be?

I’d say, don’t be afraid to collaborate! Early on, I was very self-conscious to work on writing songs with other artists, songwriters, producers, etc. The story I’d tell myself was, I’m not good enough. In a way, I still feel this but I’ve learnt to value collaboration so much that it’s easier to override those thoughts now.

Q4 Youthfire to Diemne – what inspires you to keep pushing the boundaries making music? And do you see Melbourne as an inspiring place to do this being a rapper?

I think the most successful artists in history are those who continue to push boundaries and evolve as musicians.  For me, I want to try and make music that not only resonates with people now but in the future as well.

Hiphop as a genre is still really young and has undergone dramatic changes since its inception, led by artists pushing boundaries and exploring outside the box.  I think that’s what makes music so exciting for me, you never know where a project or song might take you as the genres start to blend and bleed into one another and eventually you end up with something completely unique.

And yes, Absolutely! Melbourne is a really inspiring place to create art.  Coming from Brisbane only just over a year ago, I think the biggest difference is the urban nature of the inner city and the culture, which for me, brought on a bunch of new, eclectic experiences.  I think the artists I resonate with most tend to tell their lived experiences in a very personal way and as such, the culture of Melbourne allows vulnerability to flourish. Its un-suppressive, open, diverse and those attributes are celebrated by the community.

I definitely think its the hub of music, hip hop and culture in Australia.

Q4 Diemne to Youthfire –
What do you want to say with your music? What does youthfire mean to you?

Hard question… for me, Youthfire has always been about love and acceptance. And, at the core, acknowledging the power that we each have within us. I aim to create music that’s very real and honest drawing from my own personal experience as a queer person. I also think it’s more important than ever for people within the LGBTIQA+ spectrum to create and to share their art. And if I have the opportunity to be apart of a community of creative, unique and free thinking people, then this is my goal for Youthfire. x