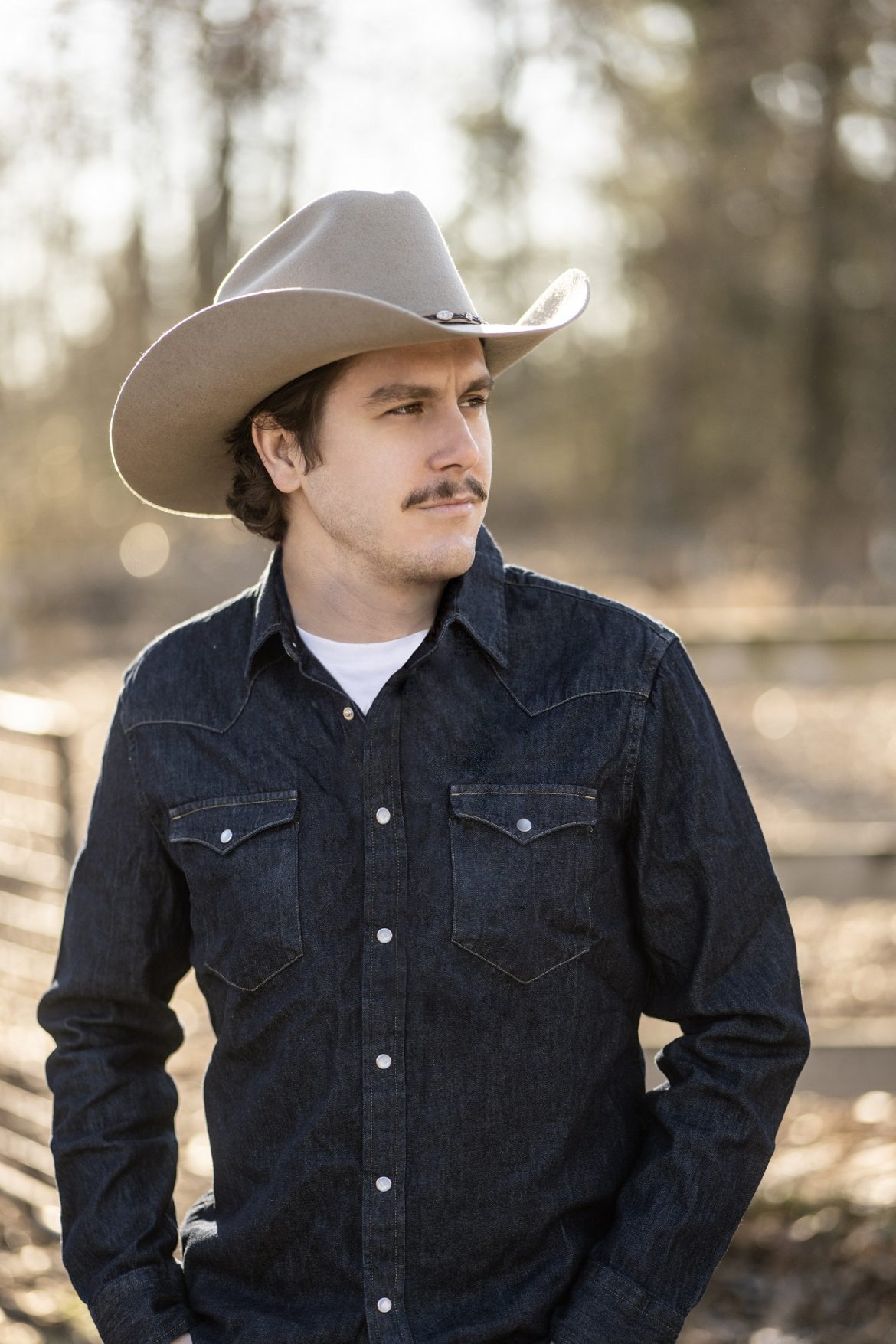 I just recently moved to South Langley, BC. I wish to give myself the freedom to move this year and to be wherever the music takes me.

My mom, I have to admit, is often the starting point of anything great in my life. She was the one who detected I had the itch for it and the passion. When I was a teenager, I started singing with a local big band (ballroom music), and then I got a band of my own with some friends. Around the same time, my father bought himself a blues electric guitar, which he barely ever played with! I ended up picking it up and taught myself the songs I was listening to.

As I am doing this interview, I am about to be done with my second teaching contract. It has been a great journey with some amazing teenagers. Now, I am planning my trip to BC, where I’m moving to very soon. It’s going to be my first drive through Canada, coast to coast. I’m excited!

Your debut single “Lookin’ Like That” is out now! How did this song come about and what do you hope new fans take away from it?

The song is written by Drake Milligan, Jim Beavers and Deric Ruttan. When I first heard it, it was an instant favorite. There is something so easy going and funny about the lyrics and the mood of it seems to be taken straight out of a Brooks and Dunn album from the 90s. Really, I think it’s about not taking ourselves too seriously when it comes to our relationships, and to be grateful that we get to spend time with amazing, funny, and, in this case, VERY good looking people. It’s about the magic you feel and the butterflies you get in your stomach when you spend a night dancing and partying with someone you really like. Mitch Merrett was the one who recommended the song to me, and I’m sure glad he did.

The song was recorded at Armoury studios with session players: Flavio Cirillo, Jay Beuttner, John Ellis, Rob Becker, Simon Kendall, Gord Maxwell and David Dorn. Mitch Merrett is the producer and the brain behind it all. Finally, the song was mastered at Barrytones studios by Jason Barry. It was a blast working with all of them. It’s amazing how such talented people are so down to earth. They’re a class act, really.

I just wanted to have fun, really! On the other hand, I felt the need to show my label I was 100% dedicated and committed to this first record, and I was anxious to perform well. All the while, I wanted the song to be true to what I am, and to the music I love. The question ‘’Would you listen to it in your car, on your own? ‘’ really stuck with me all along.

When Mitch proposed it to me, I fell in love with it instantly, and so did the guys at the label. It makes you smile, and it has that Brooks and Dunn rock n’ roll shuffle feel we are all craving now. It makes us want to be together and enjoy life while we’re here. In this sense, it is very true to country music: it is simple and it brings people together to enjoy simple things.

“Lookin’ Like That” draws on classic country with an old-fashioned charm. What about this sound do you find most appealing?

Well, it’s the real deal! I’m reminiscent of a time when people knew how to have fun with simple things, like dancing on a Friday night. There is something so classy and authentic about the 60s-90s, that really inspires me as an artist. I feel like if I had been a young adult in the 60s, I would have been in honky tonks all the time !

I recently dusted off an old Junior Brown album called Semi Crazy, which I think is pure songwriting genius. I’ve been listening to Spirits Having Flown by the Bee Gees quite a bit these previous weeks, as well as The Other Side by Cam, which is one of my favourite modern female artists. Boy can that girl sing !

I love to be around horses, to be in the great outdoors and to learn new languages. I’m a language nerd, and I am currently working on my Persian. Hopefully I will make some new Iranian friends in Vancouver to practice with!

Some touring here and there is on the menu to start meeting the fans across North America for sure. I also wish to step up my songwriting game and make new collaborations with some fellow songsters. Also, new music will be out soon. Don’t miss it!

Tough question! Indian food is usually my go-to-treat, and anywhere out in the bush is where you’ll find the happiest Tommy.