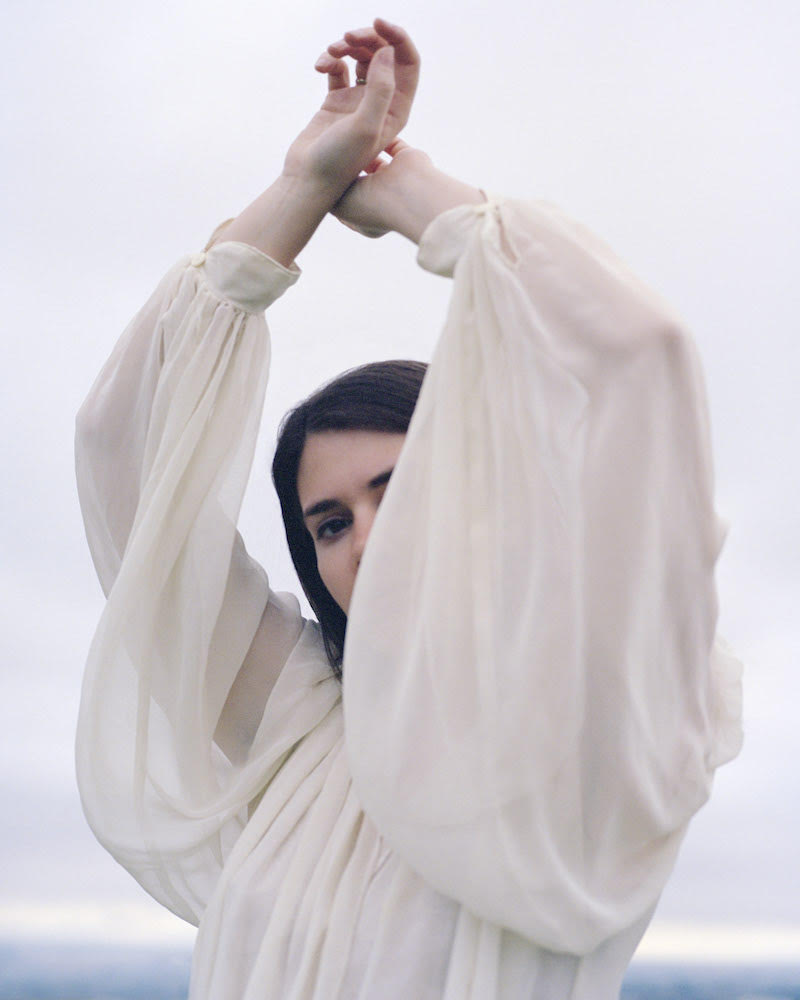 Montreal musician Tess Roby is sharing a new single, “Given Signs,” from her upcoming album ‘Beacon‘, which is out May 4th (UK) via Italians Do It Better.

Album opener “Given Signs” is laced with crystalline electronic sounds and echoes the sentiment of the record beautifully – ‘Beacon‘ was written shortly after Tess’ father passed away and is both a homage to him and also to their time spent in Lancashire as a family.

Listen to “Given Signs” here: http://open.spotify.com/track/5QR7lkhpg5k3e6f50M8bA5

The Beacon crowns Ashurst Hill in Dalton, Lancashire, looming over the verdant English countryside nearly six hundred feet above sea level. This spartan brick monolith was erected in 1798 as a watch tower to warn of French invasion during the Napoleonic War — and there it silently remains, keeping infinite vigil. It stands in Tess Roby’s mind. The Beacon calls to her. “Throughout my life I have felt the pull to return to it,” she says. “I’m beckoned by father’s roots and by the sullen landscape of fields leading to the coast.”

Tess Roby is an artist with a vision. The Montreal-based photographer and musician, an eight-year veteran of the Canadian Children’s Opera Company, seems utterly original, moving with a restless energy toward the sublime. Her sound betrays an intrepid longing to discover and explore, to reject convention and transcend cliché: Roby is a born traveller, absorbing everything she hears and making it new. Ethereal and crystalline, bathed sumptuously in synths, her music is heady, dreamy, singular — a transmission from parts unknown. The classical training and aesthetic omnivorousness combine like worlds colliding.

Roby’s debut album Beacon was written in 2015, following the death of her father. She collaborated with her brother Eliot to create what they describe as a kind of spiritual homage — both to her father and to the Beacon, where the family travelled often. Roby recorded these songs with the drum machines and synthesizers she found in her father’s recording studio, and galvanized by his spirit she imbued the music with love, movement, whispers, memories, and pain. “All the while the Beacon remained effervescent in my mind,” Roby remembers. “Visions of it ablaze on the hilltop, standing motionless while I searched for understanding.”