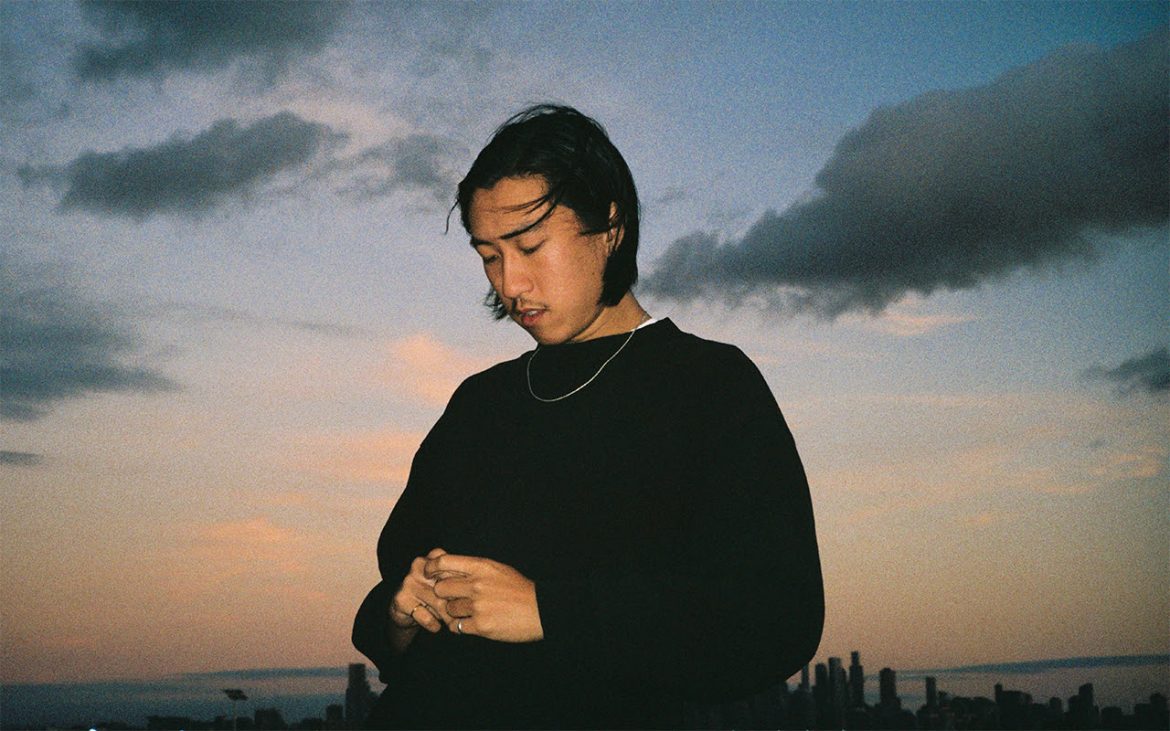 Conjuring up ethereal soundscapes is a natural element of Soft Powder’s creative process that never fails to land with emotional impact.

Fans heard it on his recent single ‘Running Through The Dark’ and now, the Melbourne producer returns with another sublime cut in ‘Close Your Eyes’, taken from his anticipated debut album Somewhere Like Paradise.

As with his previous works, ‘Close Your Eyes’ draws the listener into a liminal space; one where the mind can wander and experience everything from relief to euphoria and release. This song in particular focuses on feelings of tension and uncertainty.

“The song is about finding yourself at a crossroads where you could either surrender to the temptation of wallowing in negative thoughts and memories, or you could embrace the positivity and beauty around you, allowing yourself to become consumed by these feelings of bliss. It’s about ‘closing your eyes’ and momentarily escaping this negative headspace and letting go of the tension.”
SOFT POWDER

It’s a trademark of the way Soft Powder (aka producer Andy Szetho) injects his own perspectives into the music.

Unafraid of embracing vulnerability and openness in his songwriting, Soft Powder’s output is equal parts emotive, immersive and wrapped up in a constant level of intrigue. A strong throughline of the wider Somewhere Like Paradise record.

Teaming up again with filmmaker and collaborator David Tse, Soft Powder’s latest single comes paired with another striking video. As with ‘Running Through The Dark’, inspiration for the ‘Close Your Eyes’ visuals came from Asian Cinema auteurs like Wong Kar Wai and Hou Hsiao-hsien.

“David and I really wanted the video to convey the melancholic and somber mood of the song, whilst also capturing the nostalgic and sentimental atmosphere created in the Hong Kong and Taiwanese New Wave cinema we love.

We really wanted to film in an airport because airports conjure up all of these moods due to being a place where some people leave past lives behind whilst some people begin new chapters. There’s a lot of sentimental energy associated with airports, and they’re a place that conjures up all of these feelings of nostalgia, hope, excitement, but also regret and sadness.”
SOFT POWDER

he release of Somewhere Like Paradise marks the beginning of a new chapter for Soft Powder, who has cultivated a strong body of work in recent years, thanks to the release of EPs Shangri-La (2018) and Faber Ria (2019). Szetho’s career prior to developing his solo music brought him success domestically and internationally, creating and touring as part of Australian alt-rock group Storm The Sky.

“Andy aka Soft Powder creates this sense of tension that you can almost reach out and touch thanks to the dark and dingey atmosphere, punctuated by snapping snares and coiling guitars.”
Triple J Unearthed, Dave Ruby Howe (‘Running Through The Dark’, 2022)

“…there is something otherworldly and grand about his ability to craft gorgeous songs.”
Purple Sneakers (‘Running Through The Dark’, 2022)

“Neon-soaked, gritty, and steeped in a sense of urban loneliness, the Melbourne of Soft Powder‘s dream-pop night-time has rarely looked more cinematic.”
RAGE (‘Running Through The Dark’, 2022)

SARAH YAGKI PRESENTS HER MOST PERSONAL SINGLE YET IN ‘WANTED MORE’