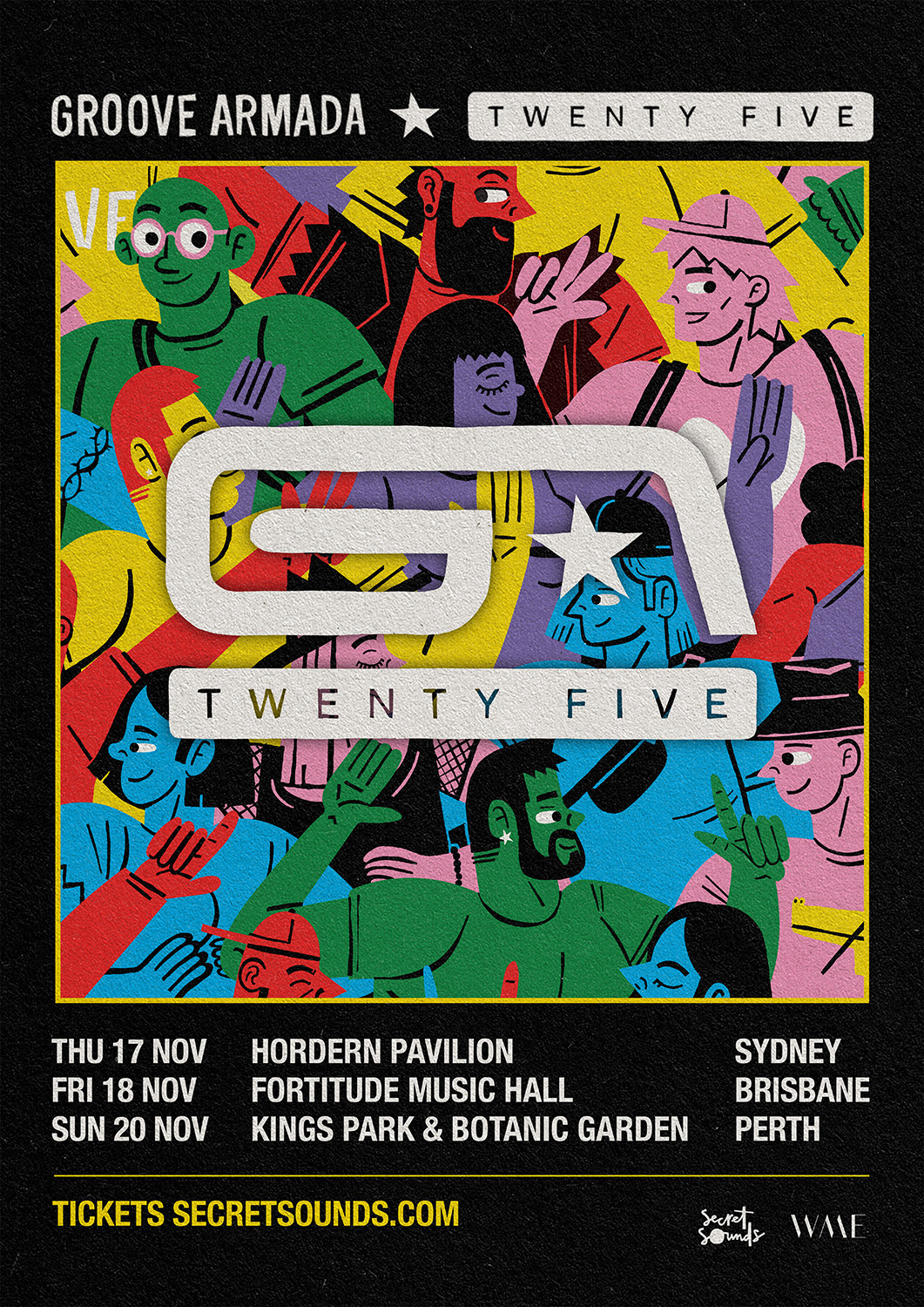 Tickets on sale to the general public from 9am local Thursday 21 July
Presale available from 9am local Wednesday 20 July
British dance powerhouses your thing? Well then, you’re going to love this! Secret Sounds is pumped to announce that dancefloor igniting legends GROOVE ARMADA and electronic pop pioneers HOT CHIP will each be touring Australia throughout November 2022!
Since debuting in 1997, GROOVE ARMADA have proven to be one of the most influential forces in dance music. Consistently and uncompromisingly following their own vision, the superstylin’ duo have explored a multitude of sounds while achieving critical acclaim and commercial success. Since meeting at university in the 90s, Tom Findlay and Andy Cato have achieved three UK Top 10 albums, three Grammy nominations, a BRIT nomination and a succession of hit singles that are still being discovered by new fans to this day. Despite having formed a quarter-of-a-century before streaming exploded, GROOVE ARMADA are still commanding the attention of nearly two million monthly listeners on Spotify and have collaborated with or remixed countless high profile artists, including Madonna, Paul Simon, Fatboy Slim, Calvin Harris, Neneh Cherry and Bryan Ferry. GROOVE ARMADA welcomed a brand new and exciting chapter in 2020, releasing their eighth studio album Edge of the Horizon. Don’t miss their energised, life-affirming live show when they hit Sydney, Brisbane and Perth in November!
Secret Sounds presents TOURS BY GROOVE ARMADA and HOT CHIP November 2022
0 comment 0 FacebookTwitterPinterestEmail

The Great Emu War Casualties Want To Take You On An Indie-galactic Journey With Their New Song, ‘Modern Indie Spacecats’