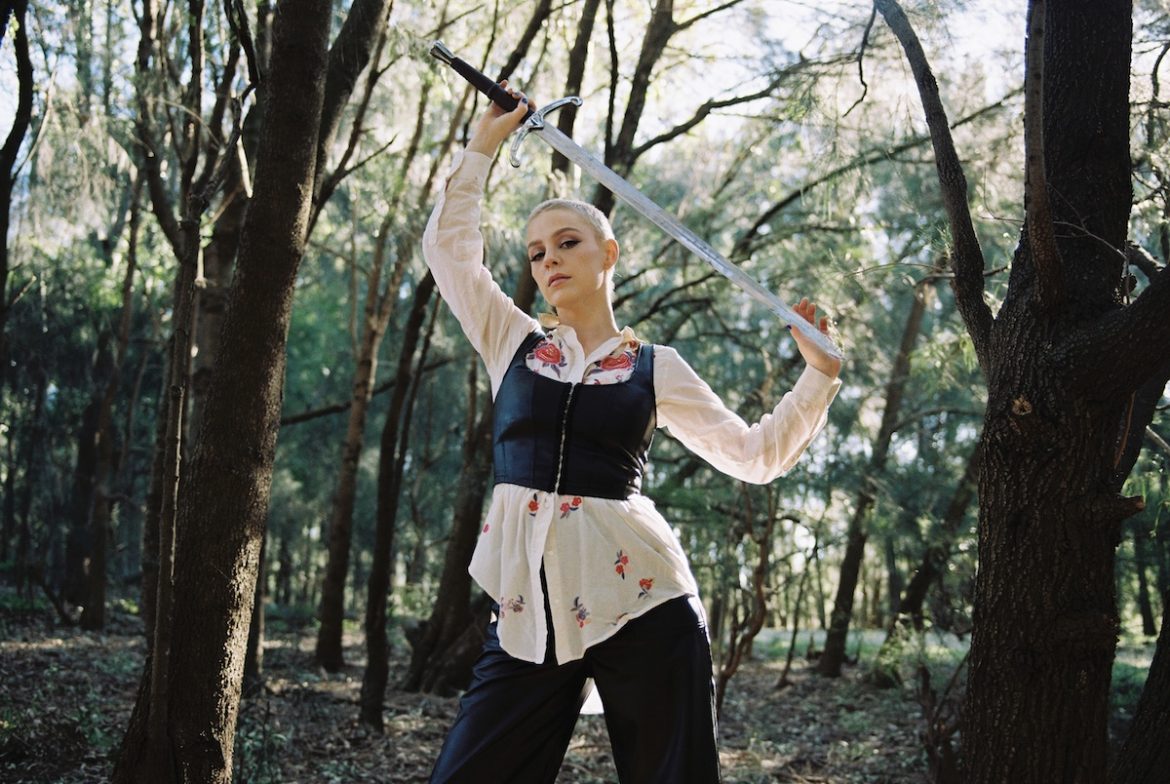 Sydney based singer-songwriter and multi-instrumentalist RAGEFLOWER (aka Madeleine Powers) returns with a new sound, and bold new look after the successful debut of ‘Still Calling’ which scored airplay on triple j unearthed, FBi, 4ZZZ and a swag of community radio stations across Australia.

Delivered with confidence, ‘Years’ is a self-reflective track that chronicles the process one goes through emotionally after a nasty break up. Vocally RAGEFLOWER soars with vulnerability and authenticity much like her contemporaries Phoebe Bridgers and Avril Lavigne.

“The song was written after a really bad breakup, it initially started as a major diss track but as I was writing the second verse I was like “hmm… this is also me”.  It really transformed the song into a reflection on how often both parties contribute to the destruction of a relationship. It’s about taking ownership of your part in toxicity and true, honest accountability. “

listened to lush and acoustic folk songs, then pivoted by experimenting with darker and moody soundscapes.

“This song started as a folk song, I was listening to a lot of Joni Mitchell at the time. I wrote the song in open D tuning on the guitar and it originally had this massive jangly folk riff in the intro. When Nico (Producer, Nicodemo Scali) and I started building the production we both decided it needed to go in a different direction, the opposite direction perhaps – and so we started listening to Massive Attack, Bjork and Smashing Pumpkins in the studio to find some sounds that resonated with what we were both feeling.

It was a very intuitive and exciting song to produce, we really loved experimenting with the industrial drum samples and synths with this one. I think this song is a big turning point for the sound of RAGEFLOWER, I want to flow into a more experimental art-rock space from the last single moving forward.”

With the release of ‘Years’, RAGEFLOWER is again proving she’s one of Australia’s most enthralling and brightest new artists.

“​​I had to hear this! It’s got a nice mix between soft emotion and seething angst.”

“I too was intrigued by the broad range of influences you listed, but it makes complete sense as soon as you hit play. Moments of folk-y tenderness in the chorus interspersed with 90s-ish pop punk touches.”

“The confessional verses and soaring choruses are brought to another level in the accompanying video that further highlights themes of disconnection and destructive coping mechanisms.”

“The song is a indie-pop-rock delight which switches between quieter, reflective verses and a full-blooded, powerful chorus.”

‘Years’ is released on Tuesday, July 12