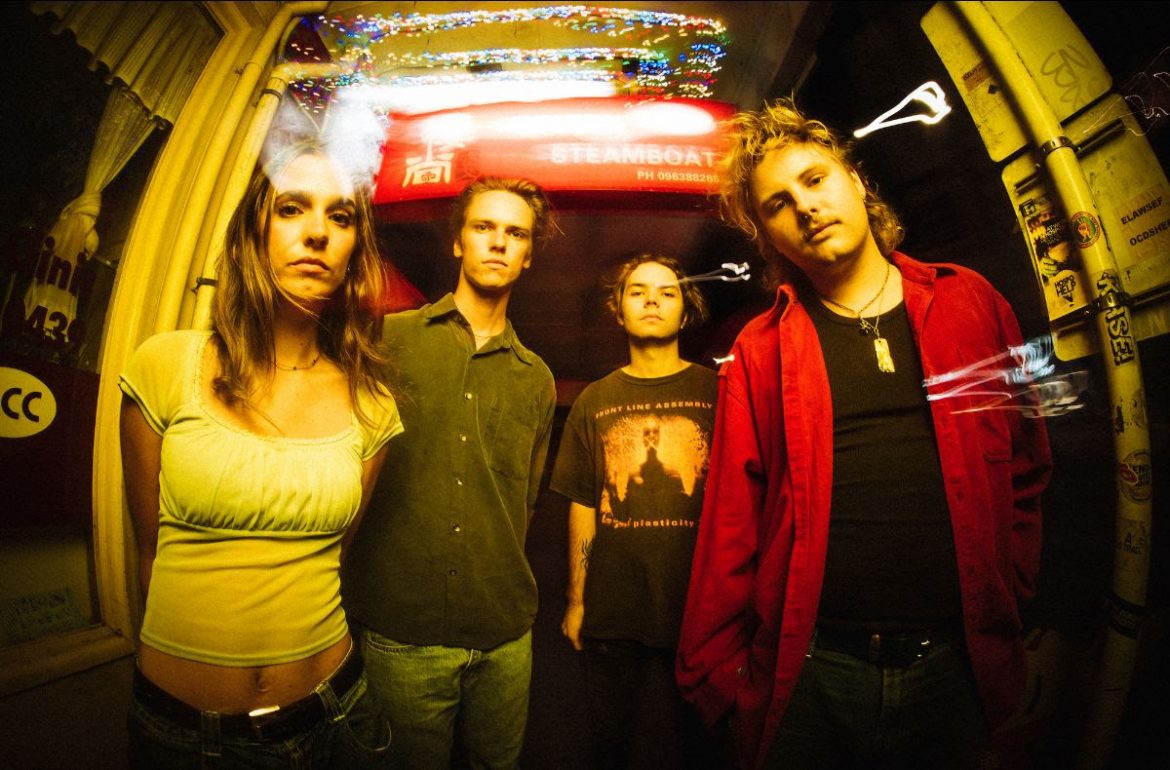 Joining the captivating last single ‘How Do You Know’, includes ‘Every Once In A While’, a recount of mental health struggles; ‘Never, Happier’, a straight up and down love song that deals with the difficulty of moving on after a breakup; the title track, a dramatic outburst that leans into the main character feeling; and the final song, ‘Something I’d Do’, which is a therapeutic ode to understanding that who we have been in the past isn’t necessarily the person we are today.

With fans hailing from their homestead in Aotearoa / New Zealand and beyond, Daffodils continue their trajectory that has garnered playlist support from 2SER, RTR FM, Edge Radio and more, amassing praise for their “refined songwriting and production” by Purple Sneakers, “gloomy synth-pop vibe” by Sniffers and “introspective and reflective lyricism” by MILKY amongst others.

Daffodils are one of those bands that everyone thinks they discovered first. Since emerging in 2016 after meeting at a 1975 concert, the project of Isaac Keating, Jade Bryham, Louis Graham and Theo Spike Salmon has won hearts and warmed up stages for international artists Foals and Orville Peck, as well as share festival lineups including Laneway Festival, Nest Fest and Rhythm & Vines with the likes of Rex Orange County, Clairo and Parquet Courts.

Stay The Night by Daffodils is out now
BUY/STREAM HERE