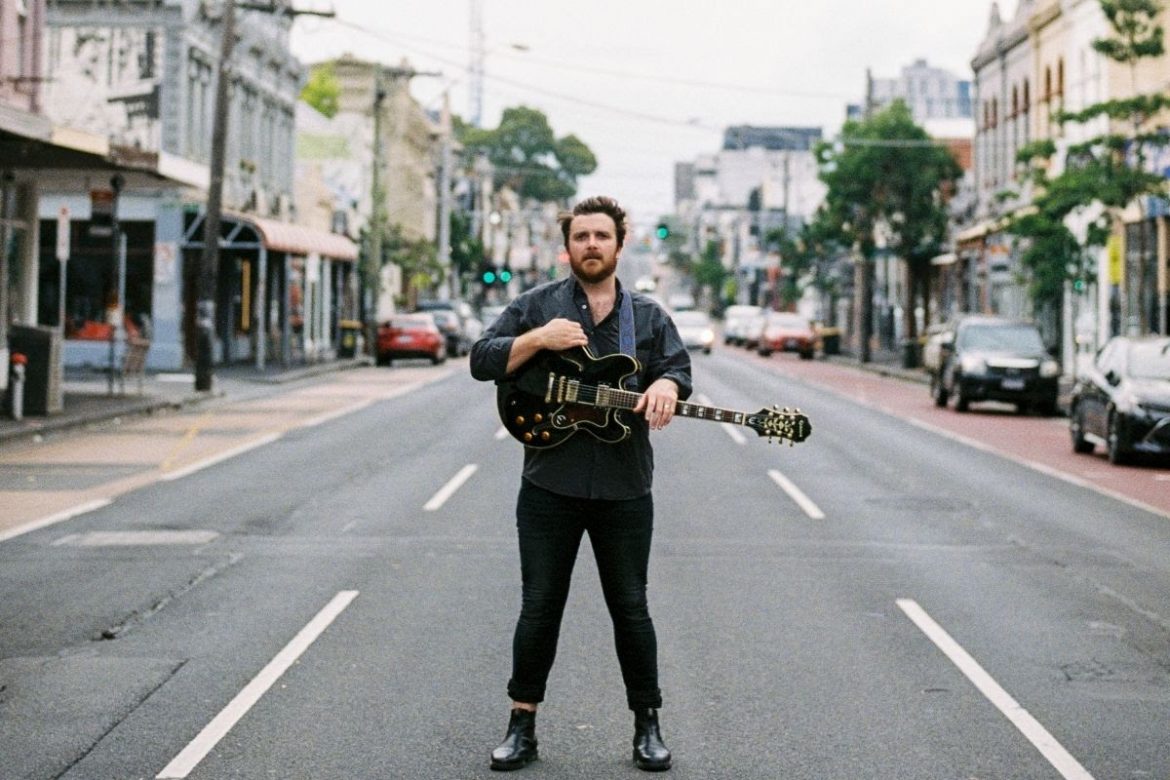 Kieran Christopherson’s new LP Grand Mote will be released worldwide on Friday June 24th, 2022. The record was co-produced with Melbourne engineer and producer Guy Faletolu at the artist’s home in Central Victoria and Sunset Pig Studios in Collingwood.

Kieran Christopherson spent much of the last decade as a founding member and core performer of Melbourne band Cousin Tony’s Brand New Firebird. Grand Mote is the next iteration of Christopherson’s solo work, which began almost 15 years ago and saw him play with a range of beloved Australian acts including Matt Corby, Tim Rogers, Pete Murray and The Beautiful Girls.

Grand Mote combines influences from Australiana and folk rock with cutting synths and shoegaze guitars, and explores imminent fatherhood, reconciling your past, and leaving everything behind to live in the country. The record was produced during 2020 – 2021 and features performances from Matthew Hayes, Peter Corrigan, Nicholas Reid of Kitsch Kitchen, and Lachlan Rose of Cousin Tony’s Brand new Firebird. Grand Mote demonstrates Christopherson’s knack for story and self-critique, swirling amongst the unique guitar-driven sound developed during his time with ‘Cousin Tony’.

Two singles have been released from the record, ‘China’ and ‘Get That Money’, which have received radio play in Melbourne and Sydney. Sneak peeks into the full track list of Grand Mote have been made available through an accompanying podcast titled Grand Mote Radio, which quickly picked up sponsorship from Australian headphone company Nura Sound. The launch event for the record, GRAND MOTE: One Night Only will see a swag of friends and collaborators performing at the Brunswick Ballroom on July 21st, with Christopherson debuting the album live in full through a unique solo performance.

“Grand Mote is primarily about creating something out of nothing. But it also represents the harsh truth that a life is only really important to the person living it. What we experience moment to moment may be critical to us, but at the end of the day it’s one reality playing out in something far more complex.”

This record has been a life changing experience. I produced most of it alone at home in the Macedon Ranges, and used it as a chance to make sense of the last 10 years of my life while preparing to become a father. My friends and collaborators helped turn it into something far grander than I ever thought it would be.”

Grand Mote is out on Friday June 24th on all streaming and digital platforms.

Buy tickets to ONE NIGHT ONLY