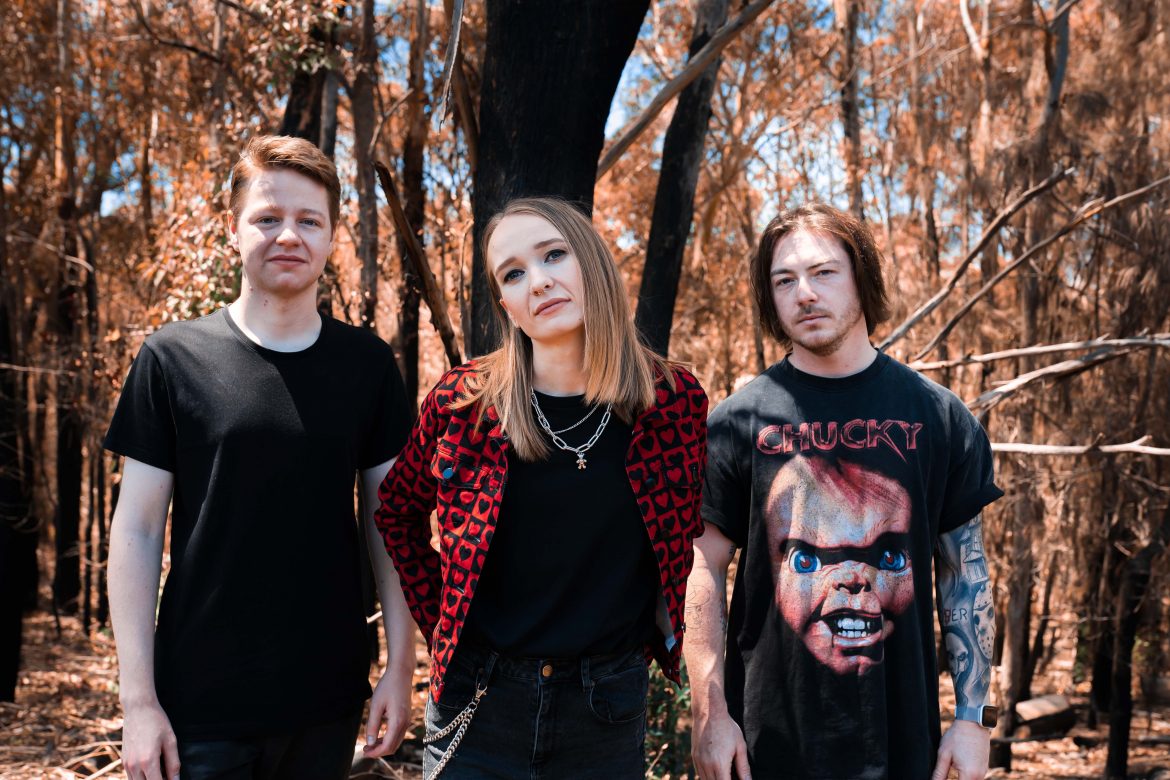 Gold Coast alt-rock trio In Eyes have shared their soaring new single “Tripwire“, a heavy new addition to the bands collection, exploring the aftermath of a manipulative relationship.

“Tripwire” experiments with a heavier, thrashier sound while staying true to the trios alt-rock roots. Receiving its first play via triple j Unearthed TOPs on Wednesday evening, host Imogen Hanrahan coined the single “Heavy and dark as hell“, and The Soundcheck affirmed the single as “a compelling foundation for some huge things to come“.

Vocalist Rosie Jacobson rips through a gut-wrenching vocal performance, drawing from her own experiences with past naivety and blindness to manipulative and toxic behaviour. “Everyone was telling me he was bad news pretty early on, and looking back I probably could have saved myself a lot of heartache if I had listened,” Jacobson reflects, “but honestly, I was sixteen and falling in love for the first time. There was a naivety there I think we all experience when we’re young.”

Within the track lies every ounce of pent-up energy accumulated over the last eighteen months of repeated plan changes and live performance cancellations, and shows clearly the potential of the band’s fearless creativity.

In Eyes is vocalist Rosie Jacobson, guitarist Dylan Quigg and drummer Kris Unwin. Dubbed “Queensland’s newest alternative rock prodigies” by Blank GC and forecast for “a glowing career ahead” by Wall Of Sound, Gold Coast three-piece, In Eyes, have been hard at work carving a name for themselves in the Australian alternative music scene. The band come together to create a brand of heavy alt-rock that feels uniquely their own while taking inspiration from heavy-hitters including Tonight Alive, Dream State, and Northlane.

In Eyes roaring sound paired with their energetic on-stage delivery make the trio a force to be reckoned with. “Tripwire” is available and streaming everywhere now.