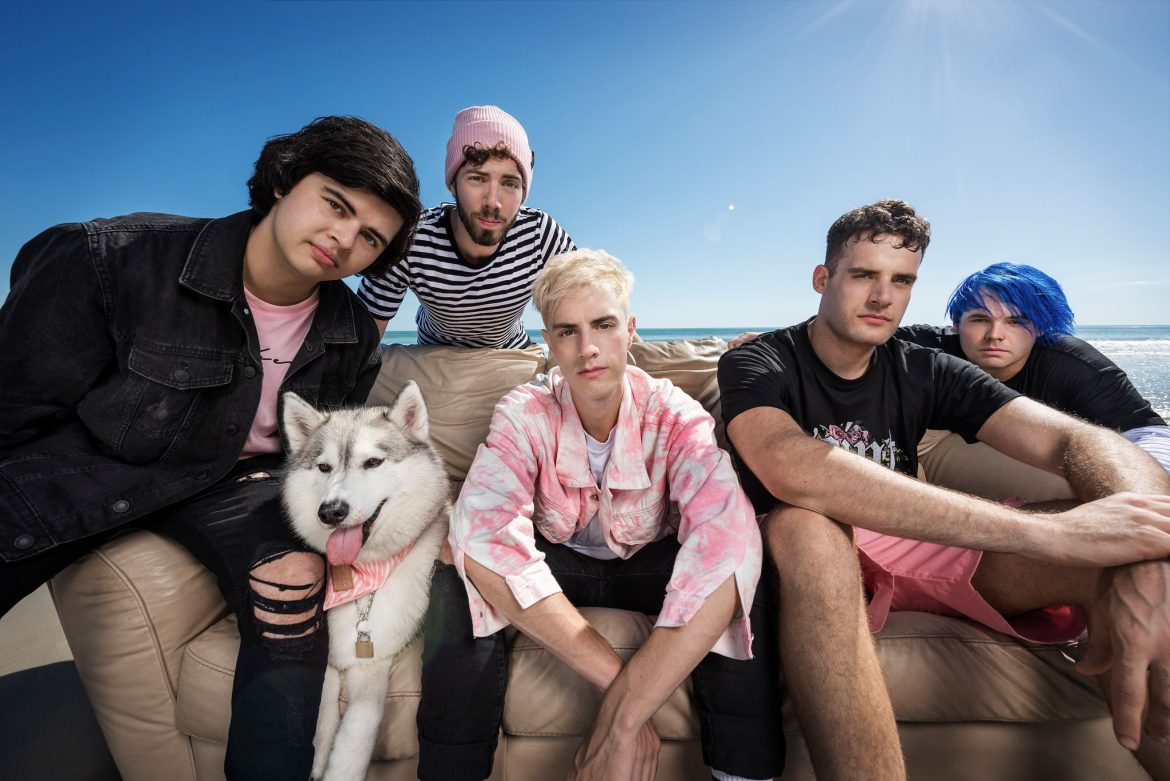 Down And Out are based in Adelaide, Australia although we have one member that will soon be living in Tasmania.

How did Down And Out form?

Down And Out formed in 2018 when lead vocalist, Luke Ganeo, released a series of demo songs with a former member. The current members of the band, upon hearing said songs asked to join the project making it a fully rostered band.

We went to Sydney in December of 2021 to record some songs with Stevie Knight (Stand Atlantic, Yours Truly) and have been to Melbourne earlier this year to shoot the Sidelines music video. Other than that, we’re mostly focusing on writing the next set of songs as well as rehearsing to ensure we put on great live shows.

Your latest single ‘Sidelines’ is out now, what influenced the sound and songwriting?

Musically it is difficult to say. The song was a sort of Frankenstein of a very old song written by Henry, our drummer, some new material written by lead vocalist and rhythm guitarist/backup vocalist brothers, Luke and Alec respectively, as well as whatever was added by Stevie in the studio and production process.

How did you go about writing Sidelines?

Our songwriting process usually follows the formula of: somebody has an idea and either records a voice memo or quick demo and sends it to the band, if it sounds like something with potential, we all go away with it and see what we can do to build upon it, usually Luke and Alec will flesh the song out in a Pro Tools session and then we workshop the fine details with the rest of the band. Sidelines wasn’t too different except the initial idea just happened to be a very old song Henry had been sitting on.

Sidelines was produced by Stevie Knight, mixed by James Wisner and mastered by Grant Berry from Fader Mastering.

What’s the Adelaide music scene like at the moment?

It’s going off! There are so many local bands that are putting out great music, putting on amazing live shows and generally just doing new and unique things! It really forces us to step up our game if we want to be noticed and make an impact.

Who are you listening to?

As individual band members we have incredibly eclectic tastes from pop/punk (of course) to metalcore to K-pop, to latin and jazz, to blues rock, even regular old radio pop and most things in between. We find that having a wide range of influences between us helps us to make unique music that speaks to those wide range of influences.

Again, we all have different hobbies outside of music but some overlapping ones include health and fitness, gaming, psychology and culinary pursuits.

Well let’s just say Down And Out are just getting started! We’ve got a couple more songs up our sleeves and we’re not planning on stopping there!

Probably gotta be Vili’s in Mile End. We usually hang out there after a local show and a few of us often find ourselves there once every week or two outside of shows. Can’t beat a 24 hour café!