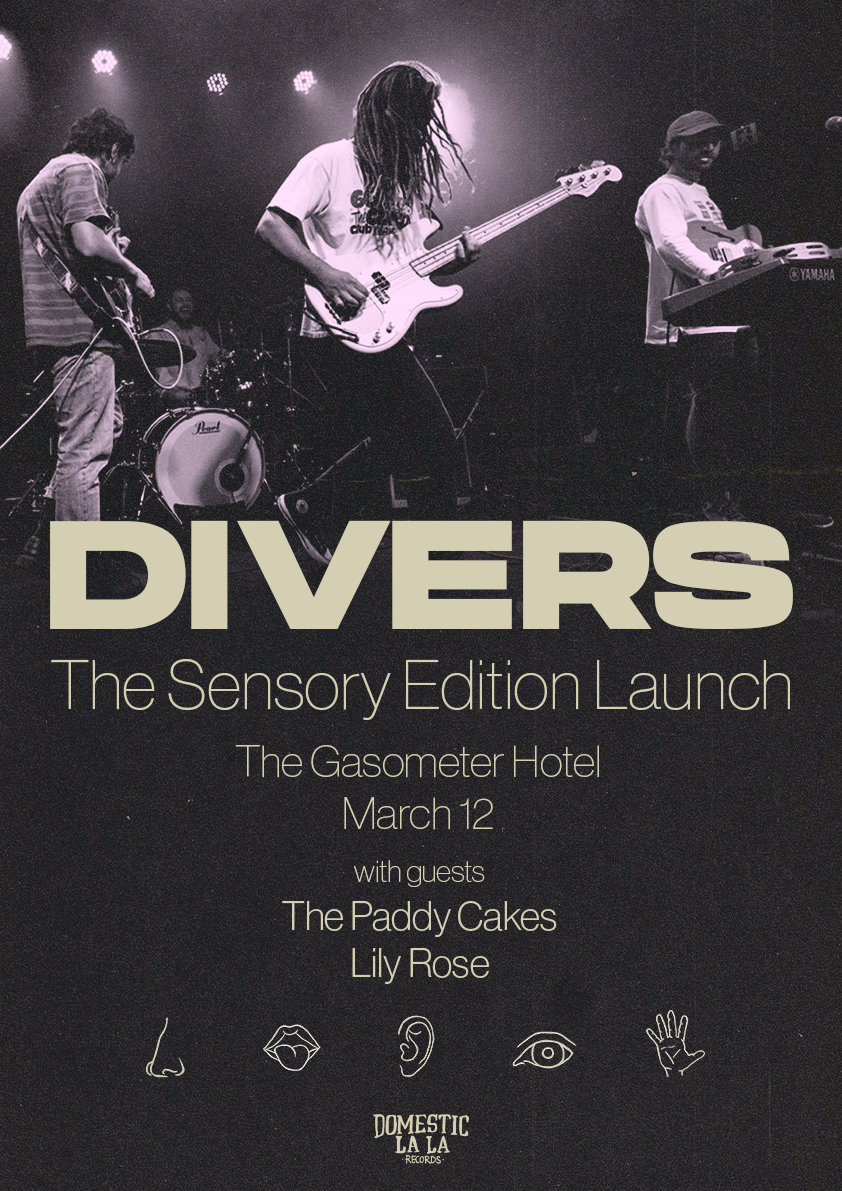 PRAISE FOR DIVERS:
“A high-energy slice of guitar driven goodness with passionate and powerful vocals.”
– Pilerats“Imagine DMAs with their soaring indie rock but now imagine that sound all mussed up with anger and more grit. That’s what I’m hearing from Divers on this new one.”
– Dave Ruby Howe, triple j Unearthed

“…Divers splash around, careering in different directions, keeping you on your toes with this exciting new one. I’m addicted!”
– Declan Byrne, triple j Home & Hosed

“There’s some bands you just get a good feeling from. Divers are home grown, easy-going but highly motivated young guys with an ear for catchy melodies, homespun lyrics and a passion for the sound they’re creating.”
– How Good Melbourne

Out via their new label home Domestic La La, the EP is lead by recent single in ‘Feed Me’, which first premiered via triple j Unearthed and has since garnered high praise from triple j staff and music media (including the likes of Pilerats and Hysteria) and become the band’s top performing track.

To celebrate the EP, Divers will play a hometown launch show at The Gaso next Saturday March 12, supported by The Paddy Cakes + Lily Rose (tickets here) and have also unleashed a music video for ‘Feed Me’ today.

“The video concept for ‘Feed Me’ ties in with the lyrical themes of the song, specifically on how technology can occasionally send you into a spiral of madness,” says the band.

“We spent a very hungover Sunday with Schoondie (Ben Schoonderbeek, collaborator) busting this one out, with added time constraints as Ben and Scotty declared they were going straight edge and were heading off to a 6-week yoga retreat in India the following day.”