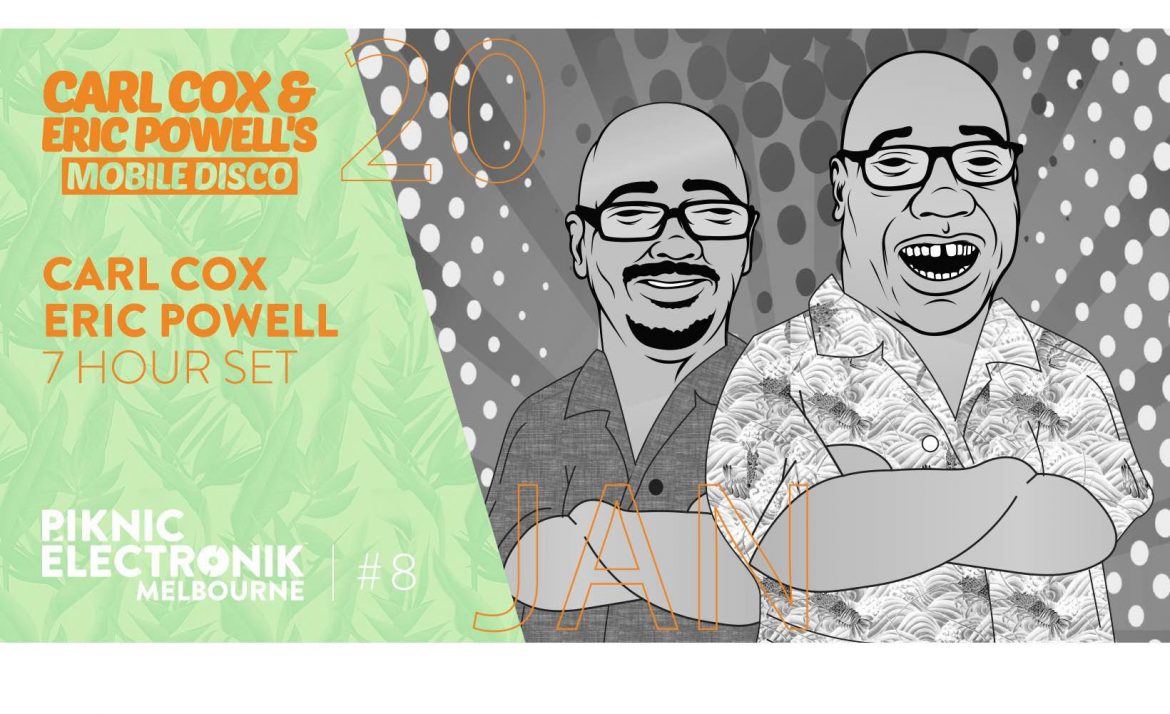 “The Mobile Disco tour was fantastic this year, we absolutely love this event.  It is an opportunity for us to dig into our record collection, play some of our most loved tracks, songs that were part of our growing up, songs that have influenced us over the years.  It is a pleasure for us to share the music.  This tour was a tour of ‘firsts.’ In Brisbane, we went to Roma Parklands for the first time, we also went to the Barossa Valley, Canberra and Queenstown, all for the first time.  Each event was unique. For Brisbane, we were right in the city of the tiered levelled venue and it was fantastic, the crew definitely brought a huge vibe to the event! Queenstown, the adventure capitol, the weather a month out looked like it was going to be clear skies and sunny.  Just three days out from NZ the weather (using the travel agent’s words) “looked horrific.” With multiple flight cancellations we finally caught a connecting flight (with little time in-between).  The weather Gods were on our side and the worst of the Queenstown weather held off.  Queenstown crew turned up and they were ready! It was cold with a bit of drizzle but you guys came prepared and we loved it.  It was our first time in Canberra too and it was amazing! Set in the beautiful Botanical Gardens, we’d like to send a big thank you to the ‘Kicks Entertainment’ crew, for the great set up and a fantastic crowd.  Finally, the last show of the tour was at the stunning Barossa Valley.  As you know, we are the ‘Mobile Disco’ and move around, so it was a special venue in Seppeltsfield, what a history, the event space was placed right amongst the gum trees.  Thank you to Seppeltsfield – SA, Cargo Brewery at Waitari Creek – Queenstown, Kicks Crew – Canberra and Brisbane Tourism/Marketing/Events and Parklands for making it a tour we won’t forget.  Also, a huge thankyou to Robin S and Cece Peniston.

Melbourne, as you know it’s not possible to do a ‘Mobile Disco’ this coming February and we have had lots of messages asking if we could do another date.  Well we have been working really hard to find another venue and get the permits through in time and we are happy to say that we have a city centre, green venue: Piknic Électronik at The Sidney Myer Music Bowl.  This will be a thank you gig for all the Mobilizers that have supported us over the years, with a special priced ticket.  We are going back to basics with Carl and Eric on the decks from the beginning to the end.  See you on the Dancefloor!”

About event: Carl & Eric will be doing what they do best! Digging deep through their extensive record collections and picking out their favourite soul, funk and disco tracks that they were brought up with and tracks that have influenced them over the years.  It’s a known fact that they have many gems in the archives!

‘Mobile Disco’ began in Melbourne, Australia with 150 of Carl & Eric’s closest friends.  It’s gotten bigger each year with more friends & jazz, funk and disco loving fans coming along for the ride.  ‘Mobile Disco’ is now a ‘Must Attend’ national tour playing to sold out boutique shows at some of the most picturesque locations across Australia.

So get those disco shoes ready, this is one ‘Mobile Disco’ you won’t want to miss!!

What is Piknic Électronik:  Piknic Électronik is an innovative weekly Summer event that indulges audiences while constantly proposing new discoveries. With electronic music at the core of its mission, Piknic aims to open up the genre by offering an immersive social experience. Defined by its specialised yet accessible programming, Piknic Électronik knows how to please both electronic music enthusiasts and newcomers alike as local and international talent enthrals the crowd every time. With beautiful city centric green spaces, food trucks and more on offer, Piknic invites you to make it your own and enjoy the day however you fancy.

The Story of Piknic Électronik:  Piknic Électronik was founded in Montreal in 2003 by a group of electronic music enthusiasts looking to make it more accessible by bringing it out in broad daylight. Its aim is to open up the genre by offering an immersive daytime social experience. Now a major cultural and festive summer event in Montreal, Piknic Électronik has had successful editions in Austin, Barcelona, Lisbon, Melbourne, Santiago and Dubai. Its innovative and popular formula has evolved into a friendly international expansion that has made the event and its name a source of local pride in each city where it has set its roots and grown.