With their new album ‘Panic Blooms’ due out on May 4th via Rad Cult, Black Moth Super Rainbow, fronted by TOBACCO, are sharing a new video & single “Backwash“. The band have also just announced their first ever UK lives shows where they will be supporting Nine Inch Nails in London at Meltdown Festival & at the Royal Albert Hall.

A limited editon 7” of the new single “Backwash” is out this week for Record Store Day, which also features Mike Watt & Flea and K doing a cover of BMSR’s song “Drippy Eye”.

BMSR frontman TOBACCO, also known as Tom Fec, shared the following on the visuals for “Backwash“, “The story is a super typical display of the relationship cycle in america.  It’s how everyone I know got together so just wanted to honor them.”

If you haven’t panicked lately, you’re either blissfully ignorant or have gone completely clear. For the rest of us attempting to navigate the political, economical, and cultural carnage, Edvard Munch’s “The Scream” succinctly captures the statue of psychic dislocation. Or N.W.A.’s “The Panic Zone.” Or Black Moth Super Rainbow’s Panic Blooms, the latest disorienting dystopian masterpiece from the experimental pop arsonists that haunt the black-leaved Pennsylvania woods.

For the last decade, BMSR and frontman TOBACCO have explored the periphery of evil and extreme color, alternating between absurdly bright beauty and the slashed throat sinister.  A sound impossible to replicate, as though it burst fully formed from a paisley-painted fire hydrant stationed in hell. They combine the aesthetically gorgeous with the hideously ugly to create a psychedelic uneasiness usually only seen in old oil paintings. What if Goya or Bosch made ravaged vocoder pop? Or a neo-impressionist painter committed himself to creating slow woozy earworms so iridian and vivid you’d think he sliced off an ear in the process.

We know scarcely anything personal about TOBACCO. There’s his government name, Tom Fec. A few photos if you want to Google, most of them in a mask. He’s done enough interviews where he patiently breaks down the creative process and the ideas espoused, but has mostly resisted the soul-snuffing admissions expected from contemporary musicians. In that vein, he’s closer to a Boards of Canada, DOOM, or Aphex Twin—periodically visible but opaque—emotional but unwilling to exploit the self-mythology and cult that cropped up around him.

So maybe this is why Panic Blooms is slightly startling. Never before has TOBACCO been so raw or direct in his lyrics. It’s a fucked up and bleeding account of depression and the shadow side of human frailty, full of gorgeous warped melodies that exist as their own genre, somewhere between late 90s Warp Records, dub, and chopped and screwed codeine drip. It’s not drug music, it’s dragged music, oozing through the muck of the present moment, past mutating the present, demon melodies filtered through the vain search for light.

Encoded in a syrupy fog, TOBACCO’s lines stab with more ferocity than ever before. From the first track, the knives are out and slashing with chimerical violent imagery: mouths bleeding from razor blades stashed in tangerines and the ominous sensation of feeling haunted.  There are sunset curses and diseased plants, sunburn fevers and doomsday downgrades, pink apocalyptic suns and sinister omens. It’s reminiscent of the phrase used to describe surrealism: as beautiful as the chance encounter of a sewing machine and an umbrella on an operating table.

Here we are in 2018, inhabiting a tumorous wasteland with singed nerves and synapses fried from scrolling for far too long. This is what the fear sounds like in its most pristine form. The floral bloom and the toxic wilt, the sound of dreams and nightmares reaching détente, a ride through the void, where the fumes offer all the anesthetic you need. 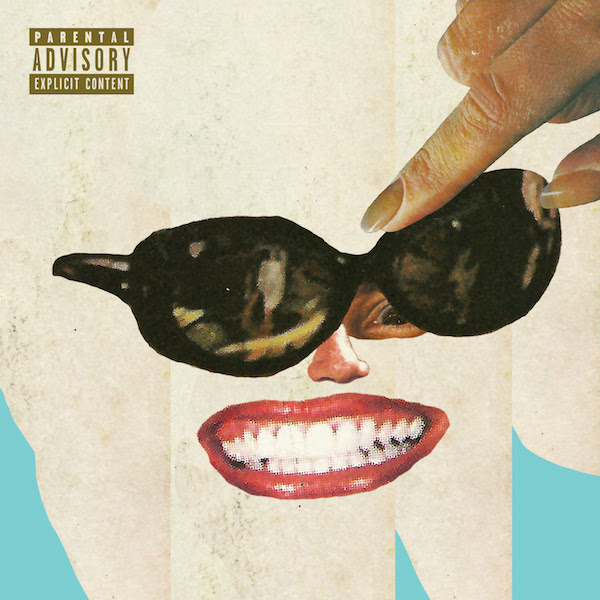