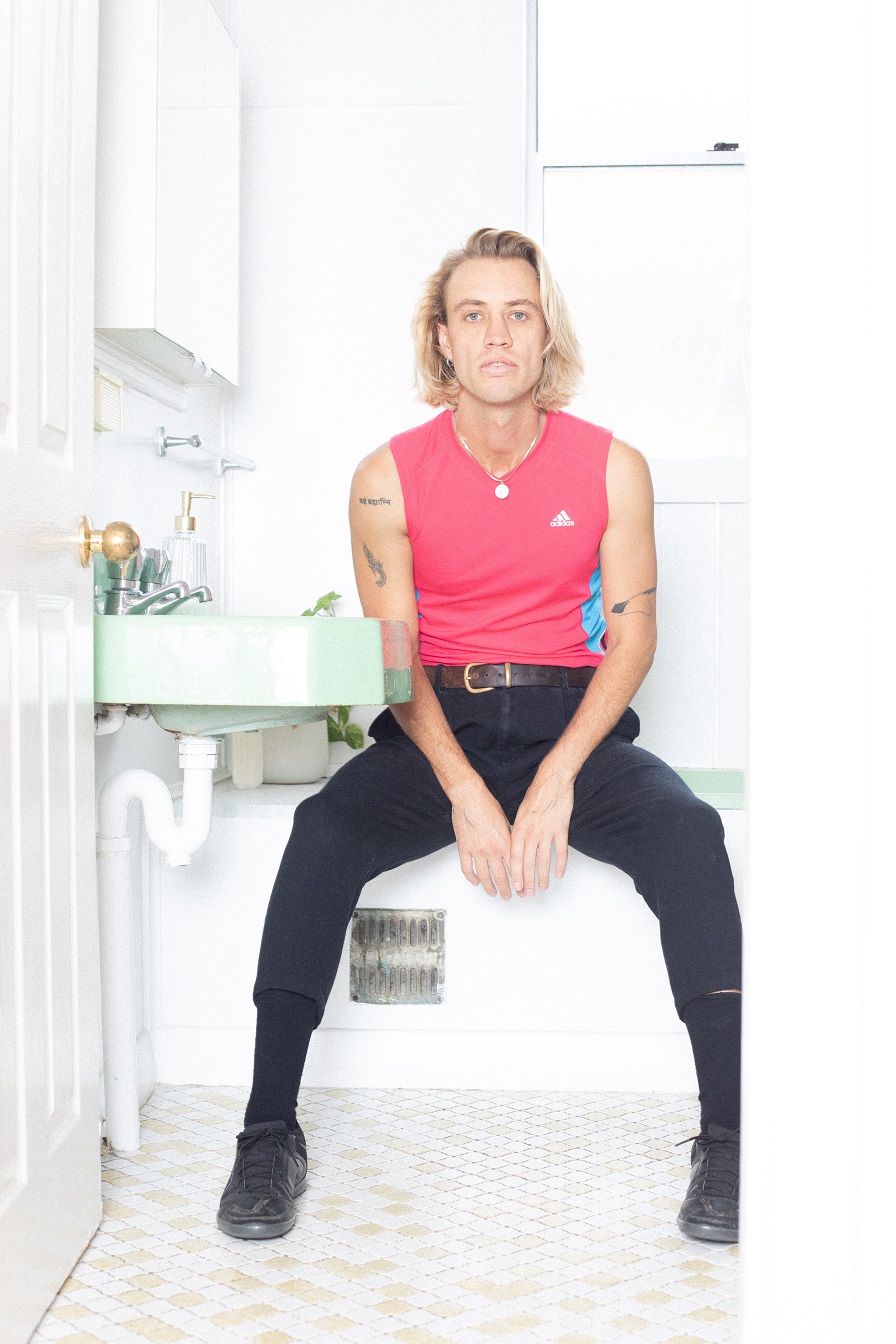 Pretty much just been getting ready for the EP launch at The Oxford Art Factory June 9th, finishing up this short film ‘Jaguar Serpent’ and getting stuck into recording my second EP.

What or who influenced the concept for your recent short film ‘Jaguar Serpent’ ?

I really love Alejandro Jodorowsky ! He would have to be my favorite film maker. David Lynch is really groovy too. I just really like unique surreal films, they make my bloody day and are so refreshing to discover. Films like ‘The Holy Mountain’ and ‘El Topo’ are such a trip.

Why did you decide to create Jaguar Serpent?

I basically just really wanted to write and direct a short film to release instead of another music video single. Don’t get me wrong I love doing music videos, I just wanted to make a little unique short film so my pal Dave Fulham and myself created one.

How did you go about filming and editing?

I worked with Dave Fulham to make Jaguar Serpent. Seeing as though this short was my first go at writing and directing it was really interesting because I had not much of an idea of what I was doing. Dave works in film and could help me along with the process but it happened really organically. Dave has a camera and we both have similar interests so we thought what the hell, let’s make something weird together. We shot the whole thing around my house in Newcastle one afternoon earlier this year.

Will you be creating more films in the future?

Yeah for sure, I love the idea of making more shorts. Music videos are great too but having dialogue and a story for the viewer to ride along with is terrific.

You’ll be launching your latest EP at the Oxford Art Factory on June 9th, what influenced the sound and songwriting?

I like to draw inspiration from not just music, but also life in general. Traveling, relationships, bus drivers, your pets, baristas, homeless people on the street, psychedelic ceremonies, sobriety, drunken madness; anything and everything inspires me to write. Writing and recording music is almost like my form of therapy. The collection of songs I have written is like a terrarium of trinkets plucked from my brainz, one by one a narration of different events that have transpired and affected me in one way or another.

What can we expect from the June 9th show?

The Oxford Art Factory is always a bloody great time! Such a fantastic Sydney venue ! Our EP launch show June 9th is going to be nothing short of that. Pretty stoked to finally have some vinyl pressed for the show also ! Supported by two really awesome bands Miramar and Trip Fandino. Expect exceptional vibes and lovely people.

How did you go about writing the EP and the recording process?

Extremely DIY ! Everything is mostly done on my laptop. My debut EP ‘Enter Echo’ was recorded in many ways in many different locations; in the back of my car, on park benches, libraries, hotel rooms, ashrams, garages, friends lounge rooms smashing out vox takes, bus stops, monasteries, on trains, on planes. Anywhere and everywhere you can put a laptop down basically. Extremely DIY! I don’t really stick to any kind of writing process. It’s more like if something comes to me, I just write it down or record the bloody thing. I like to write and collaborate with friends on

I do the majority of it myself but I do love writing and collaborating with friends. William J Coleman is a pal who I’ve collab’d heaps with! William and I co-wrote a track off my EP ‘Sonder’ and also a mate Thomas Rawl mixed Sonder and Valis. Collaborating with filmmakers for music videos is something I really love doing too, it always turns out so differently to what you’d expect initially.

Please tell us about your latest video single, how it came about, where did you film and who did you work with?

The latest video single is called ‘Enter Echo’. It was shot over in Northern India with my friend and French Filmmaker Toa Doget. The video itself follows the journey of a man through the picturesque landscape, ingesting interdimensional hallucinogenic pills. It is a journey of self-discovery that leads the man to his own death that turns out to be quite transformative and he is reborn. The theme of the video is not too dissimilar to what the song ‘Enter Echo’ originally was written about. I wrote the song after a mind-altering experience on DMT, the theme of the song also has these underlying tones of self-discovery, death of the ego and a transitioning rebirth.

I listen to so many different genres and it’s always changing. Currently I can’t get enough of Ravi Shankar!

I work as a disability support worker so that keeps me pretty busy away from making music.

More live shows ! Finishing up the rest of my second EP and organising a couple of music video singles to put out at the end of the year. Stay tuned – Can’t wait !