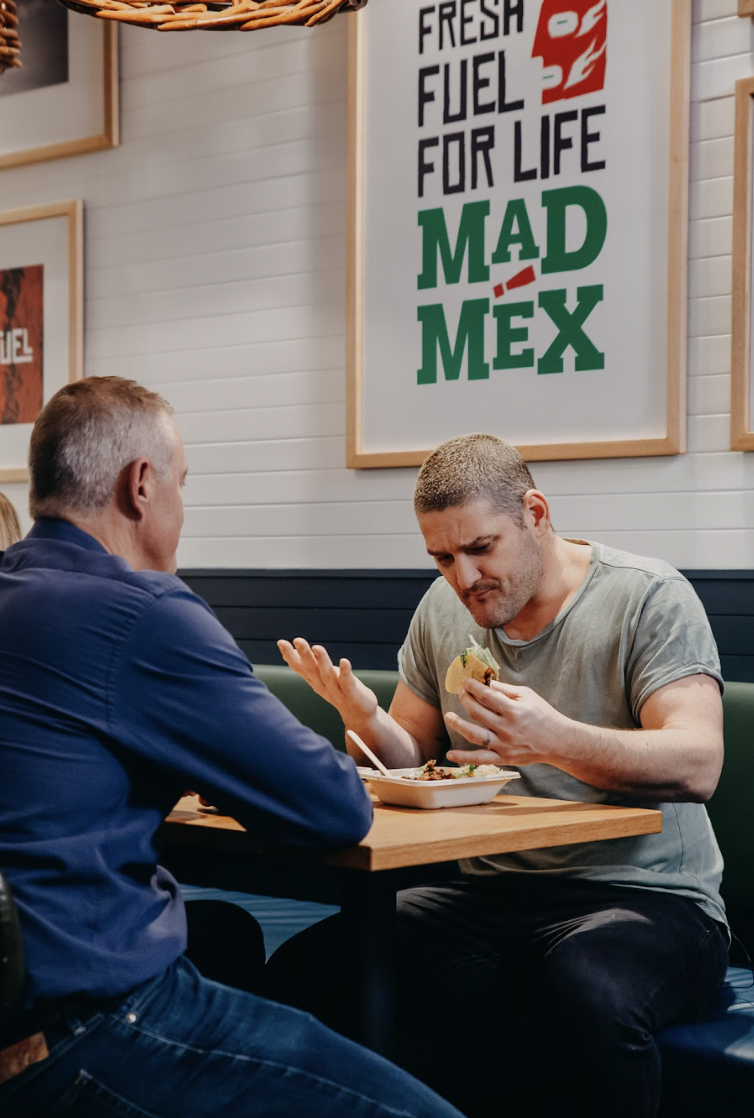 Mad Mex, Australia’s leading fast, casual Mexican restaurant, is pitting beef against plant power by challenging Australians to see if they can taste the difference between its meat and plant-based mince.

The new menu items have been driven by customer demand, with more than 12 per cent of customers opting for plant-based food each year. Testament to its deliciousness, in the past 12 months alone, Mad Mex has dished up a whopping 25 tonnes of tofu and 15 tonnes of vegan

Interestingly, demand for plant-based food is being driven by both ‘flexitarians’ – people with a flexible diet between eating healthy and incorporating meat from time to time – and those with a plant-based lifestyle. They both have one compelling demand: the big bold flavours of Mexico.

Mad Mex is the first and only Mexican restaurant brand to create vegan mince as part of its menu. The Mexicali Mince contains no meat but still has an authentic Mexican meat taste. The mince incorporates a mix of Mad Mex’s signature sauces and spices that deliver an unbeatable tasty and saucy filling, that might even be better than the real thing.

Brendan Fevola, also known as ‘Fev’, is the first to admit he’s had challenges with weight and fitness since retiring from AFL footy. Since then, he has been on the hunt for healthy, yet tasty alternatives – so who better to road test the new plant-based mince option than meat-lover Fev.

“I love meat. I must admit I was sceptical of the taste and flavour of plant-based food. I’ve tried them before and it hasn’t tasted nice. This tastes exactly like meat, I can’t tell the difference. That’s the biggest surprise to me. I’m focused on my diet right now and if there’s a way I can make healthier choices and still get the same flavour and taste, then I’m all in,” Fev said.

“The flavour is amazing, it tastes like a normal taco. You could have sat me down and not told me that it was plant-based and I would think it was meat. I could feed this to my kids and they wouldn’t know. That’s when you know, because kids know everything. I swear by this, my mouth is watering. That’s some of the best Mexican mince I’ve ever eaten.”

Mad Mex CEO, Clovis Young, said: “We’re excited to announce these new menu items. We want all our amigos to enjoy our Mad Mex flavour, whatever your typical food choices may be. We were working to create alternatives in our menu that support Mad Mex in becoming a more sustainable restaurant option, and try to reduce our footprint on the planet.

“We have been watching this trend closely and were the first Mexican quick service restaurant (QSR) to launch a vegan product. We have had a Powered by Plants range since 2019. There’s a reason our plant-based foods have been such a hit – they’re delicious. We believe fast food should be better and all Australians can enjoy our authentic Mexican cuisine, irrespective of whether they eat meat.

“For us it’s all about choice. We’re excited to announce our new mince and vegetable options. We believe our customers will love our new range and take the opportunity to eat a little less meat in their diet – we challenge them to try it.”

The Mexicali Mince is made from soy and has a delicious blend of tomato, cumin, onion, paprika, chillies and garlic to deliver an unbeatable tasty and saucy filling. It’s high in protein, is created with natural ingredients and contains no artificial colours or preservatives.

To celebrate the new range, Mad Mex is offering customers a free Mexicali Mince Taco when they purchase any main meal from the 15th -21st August, nationwide. All people need to do is say “Mission Mexicali” at outlets to receive the complimentary taco and taste the Powered by Plants range. [1]

Mad Mex has opened 12 new restaurants in the year across Australia, and the company is looking to grow its store count by 20% annually in the coming years.

MOZË Embraces The Calm And The Chaos In Mesmerising Single ‘Saving’