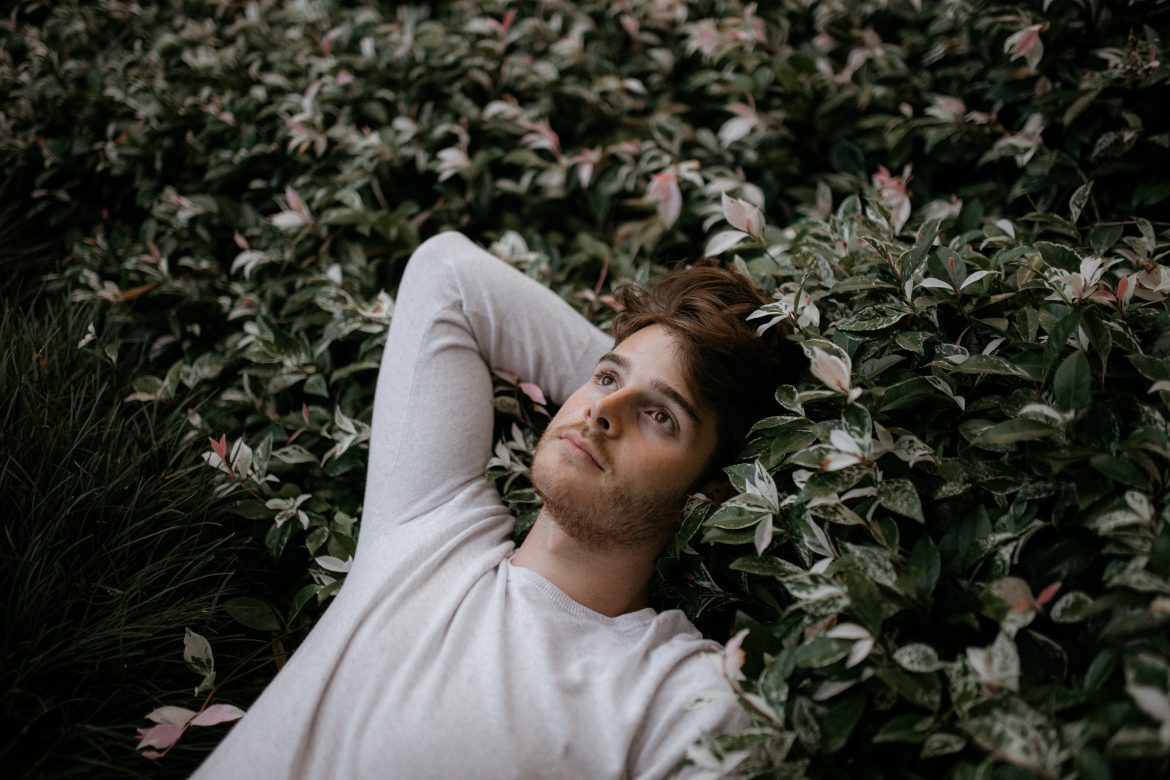 Where are you currently based?
Brisbane, Australia. I’ve toured and written in many places, mostly in the US, but home’s home.
How did Yoste come to be?
I’d experimented with various bands and projects since high school, a fairly typical story. A new band or project every other month, with whacky names: “Fox Goes Hunting”, “Violet Snow” etc. Eventually I started producing music on my own more seriously, began to finally get a strong sense of what I wanted to make and be, and that was Yoste.
What’s been happening recently?
Music-wise everything’s mostly been focused on the EP release, though I’ve continued to work away on album songs and collaborations here and there.
Your EP ‘Never The Same’ will be out on the 20th of May, what influenced the sound and songwriting?
Influences fluctuate based on the day and the week and what ‘comes across your desk’ when you’re making a thing, and can be hard to pin down, but there are a foundational few that stick out in my mind: the 1975’s early EPs prior to their self titled album, and George’s Brian eno-derived production, so I suppose that’s an inspiration from another inspiration. Modern American hip hop music for its simple vocal hooks. Bon Iver’s eclectic electronic production.
What does this EP mean to you?
Beyond the perhaps expected answer that it’s a collection of personal songs much loved and laboured over, which is true, it’s just a relief to put it out. You can only hold onto a thing for so long. Releasing music is a form of letting go, as others are experiencing the songs for the first time, I’ll be moving on from them. I think that’s how it often is. It’s necessary. Once enough time has passed I’ll return to them fondly as I do now with my older music.
Where and when did you record/produce/master and who with?
The only only other pair of hands on the record is my friend Konstantin Kersting. We spent some happy days in his studio refining some of the songs to how they are now. Some I produced entirely myself in my small studio (spare room). Mastering was done by John Greenham, of Billie Eilish (and much more) fame.
How did you approach the production process?
It’s usually a fairly consistent affair. I’ll start with fun, ambient sounds as a base layer. From there I’ll typically lay down guitar or piano chords, and then head where the song takes me. Lyrics and melodies come simultaneously once the structure and other production is almost complete.
‘Violet’ is the lead single off the EP, what does this track mean to you?
It’s been one of my favourites since its earliest version back in 2019. I took it on tour with me that year and opened my set with it each night across 30+ US cities. For whatever reasons it’s not made its way into the world, until now.
Who are you listening to at the moment?
Labrinth (been a fan since earthquake in 2012 haha), Mallrat, Ethan Gruska, Dora Jar.
What do you like to do away from music?
I always liked walking, but recently I find if I’m not striding around my neighbourhood or on a hike for at least an hour a day I feel off. I’ve tried meditating in place but it doesn’t seem to work for me nearly to the same extent as a long walk. It’s necessary for a clear mind and balanced emotions.
What’s planned for the remainder of 2022?
Once the EP is out, including all the live sessions and other content around it, I suppose the logical step will be to throw myself into the album, my first. It’s been a long time coming and it feels like a huge endeavour, but I’ve already made a big start, so it doesn’t look as large as it might have once. Of course there’ll also be shows to think about, and getting back to the US.
Favourite food and place to hangout?
I’ve gone mad for English muffins recently, it’s strange, but that’s the truth haha. Although if I had to pick only one thing I’d go classic Uncle Toby’s rolled oats. I don’t really hang out, I hide out at home. Introverts unite. Man’s gotta have his castle.
https://www.facebook.com/soundsofyoste
Yoste
0 comment 0 FacebookTwitterPinterestEmail