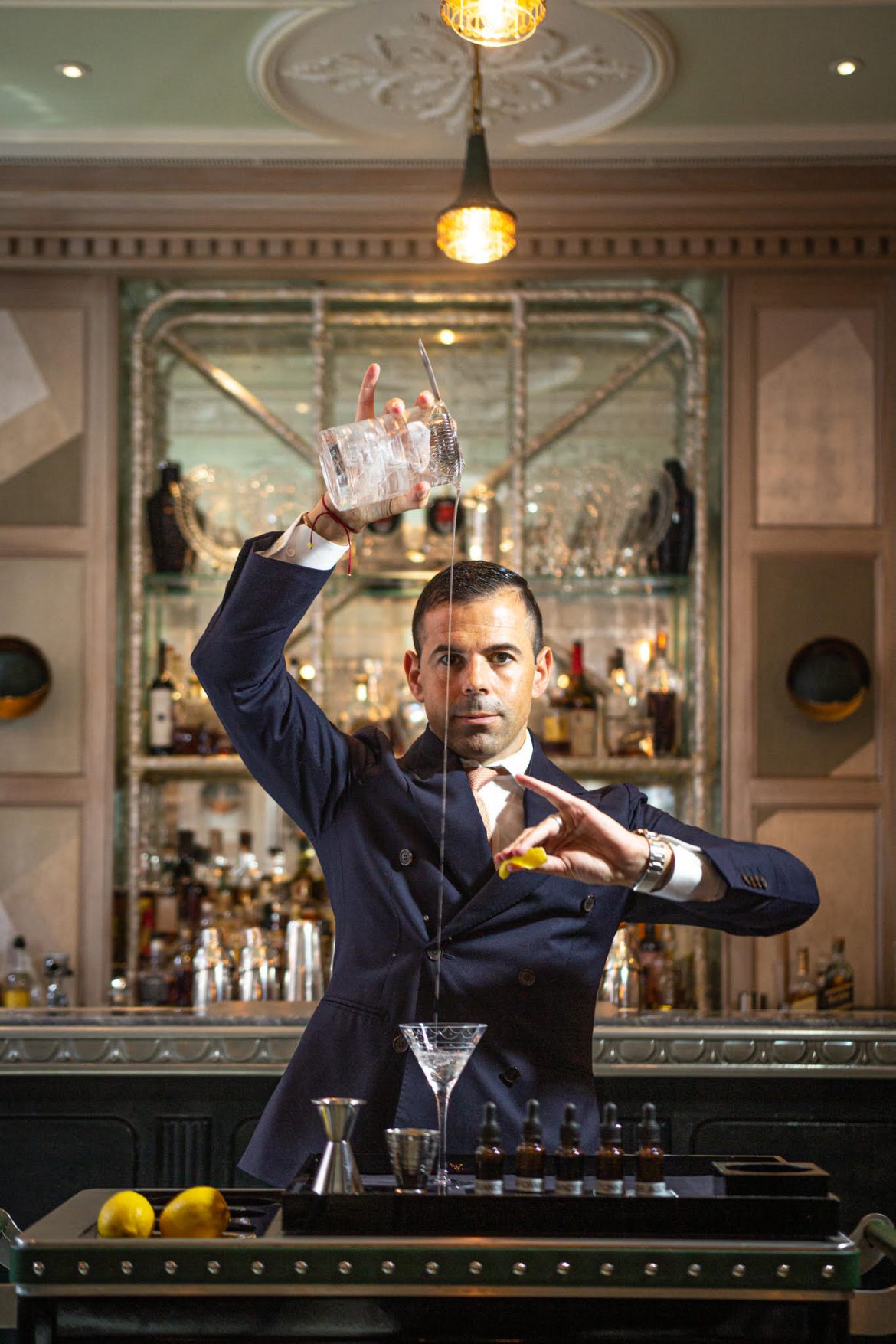 The Connaught‘s ‘Master of the Martini’ Ago Perrone

World Class Cocktail Festival will simultaneously host over 50 of the world’s best bartenders including Nick Tesar from Melbourne’s Bar Liberty, as they battle it out for the crown of World Class Global Bartender of the Year 2022

Roll out the red carpet, Sydney is set to step into the global spotlight as it hosts the return of the World Class Cocktail Festival, from Friday 9 to Sunday 18 September.

An extraordinary celebration of vibrant food, drink, and cocktail culture, the festival will welcome award-winning bartenders, foodies and cocktail lovers from more than 50 countries. The festival will be Australia’s opportunity to showcase the very best of its incredible homegrown hospitality scene, and the skills, creativity, charisma and talent behind its unique cocktail culture.

Hailing from the world’s number one bar, The Connaught‘s ‘Master of the Martini’ Ago Perrone will be jetting in from London to create magic with Tanqueray No. TEN at Bennelong, for a one-night-only collaboration that will see the world’s best bar meet the world’s best view to deliver the world’s best martini. Guests will indulge in an iconic menu prepared by the legendary Executive Chef Peter Gilmore, paired with spectacular cocktails by Perrone, a true master of his craft.

On the other side of Sydney Harbour, a sparkling whisky lounge brought to you by celebrated London bar Lyaness, hosted by none other than the world’s most awarded bartender, Ryan Chetiyawardana aka Mr Lyan, will come to life. For a few days only, Mr Lyan will transform the Green Room of fine dining restaurant Quay into a vibrant bar and supper club, serving the icon of modern luxury: premium Johnnie Walker Blue Label cocktails alongside delicious and iconic bites by Gilmore.

Queen of Cocktails, and recently-named most influential bar star in the world, Norwegian bartender Monica Berg will grace our presence to transform Shell House‘s stunning Clocktower Bar into a pop-up bar showcasing the skills she has honed at her very own Tayēr + Elementary, voted number two bar in the world.

A colourful feast for the senses, the Don Julio Food Truck Fiesta will assemble Australia’s most popular food trucks for a pop-up experience like no other at Hickson Road Reserve. A vibrant celebration of the enduringly-popular, always-tasty, never-out-of-style margarita, the vibrant fiesta will feature the World’s #23 Best Bar – Sydney’s Cantina OK! – who will serve up delicious margaritas alongside an all-star line-up of food trucks including Australia’s OG ’09 Beatbox Kitchen (Melbourne), Ricos Tacos (Sydney) and Taco Truck Dos (Melbourne), completed with a soundtrack by Sydney’s finest DJs.

In a world first, local hospitality king and waste-free crusader Matt Whiley (Re, South Eveleigh) is on a mission to transform sustainability in hospitality by leading a week-long circular economy of participating festival bars with The Barbershop, PS40, Old Mate’s Place and The Lobo using each other’s unwanted food & bar waste to create tasty, one-off cocktail additions. Whiley’s initiative kicks off Ketel One’s bartender-led program, ‘Garnished with Good’, inspiring and enabling the hospitality community to create positive impact in their local community.

Jonathan Morgan, World Class, Diageo Australia, said: “We are excited to be hosting the World Class Cocktail Festival in Sydney again this year and simultaneously hosting the Global World Class competition finals for the first time.  It is going to be a fantastic showcase of Australia’s incredibly unique food and drink scene on the global stage, supported by the attendance of over 300 international guests from over 50 countries including many global industry legends.  We believe it is another important moment of support for the hospitality industry and it will be incredible to see Sydney’s city full of life with its impressive cocktail culture booming.”

Festivities will flow into nearby hotspots including Surry Hills, Newtown and the CBD, where, among many others, the likes of Earl’s Juke Joint, Maybe Sammy, Double Deuce, The Rover, Frankie’s, Hickson House, Dean & Nancy’s, will offer a curation of unexpected experiences, as well as interstate favorites including Black Pearl, Melbourne, popping up to share their magic. More details to be announced weekly as the Festival approaches.

Celebrating not only the best cult food and beverage trends, the World Class Cocktail Festival will also host the global final of Diageo’s World Class Bartender of the Year with Nick Tesar from Bar Liberty in Melbourne representing Australia. Joining over 50 other global finalists in Sydney, Tesar will battle it out for the title of Diageo World Class Global Bartender of the Year, announced on the evening of Thursday, 15 September. Notably, Australia has always batted well above its weight in the competition, with Tim Philips-Johansson and Orlando Marzo both taking home the global title since the competition started, both of whom will be joining the extravaganza to judge at this year’s event.

The World Class Cocktail Festival program can be found at www.worldclasscocktailfestival.com from Friday, 12 August, with more activity to be announced weekly and secret events to pop up unexpectedly.

Tickets and bookings are on a first-come basis and capacity is limited at selected experiences.

Paul van Dyk & Fuenka take you on a trip with ‘Artefact’, out now VANDIT!