photo credit: Mike Massaro
“The Wild State dwell in melancholic nostalgia on their breathtaking song ‘Youth’, a majestic orchestral folk dream” Atwood Magazine
“The perfect amount of glow and intensity” The Line of Best Fit
“In one fell swoop The Wild State underlined their status as a band to watch” Clash
“The Wild State have built something outstanding” Born Music
“Intense, cinematic, mind blowing” Secret Sessions
Enigmatic, young Brighton band The Wild State have today shared their epic new single ‘Lavender‘, alongside news of their debut album ‘Light Along The Waves‘, which is due for release on 10th May via US label Beverly Martel. Produced by the legendary, Grammy-award winning Peter Katis in Connecticut (the producer behind The National, Kurt Vile, Interpol and many more greats), the record is a phenomenal introduction to the truly exhilarating new British trio. Alongside ‘Lavender‘, the band’s powerful debut single ‘Air Runs Out‘, and the beautiful, melancholic follow up ‘Youth‘ will feature on the full length, as well as eight additional unheard songs.

‘Lavender‘, the third track release from the band since their launch earlier this year, is an ambitious and emotionally wrought anthem, made all the more impactful through the use of beautiful harmonies and powerful brass accompaniment. Speaking about the track, the band’s pianist and one of two lead vocalists Josh Difford explains “Lavender is a song about the the other side of love, when the romance and excitement of a relationship fades and you’re left in the hollow company of one another“. 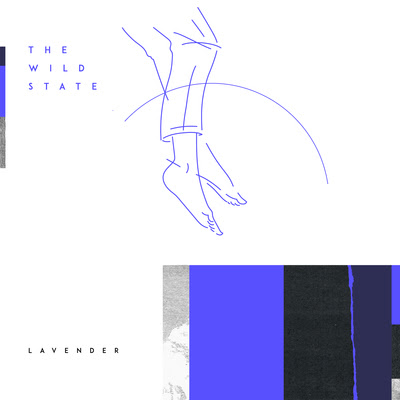 The Wild State began making music together whilst studying songwriting together at BIMM, and worked in earnest to create their beauteous debut album. From the strength of their initial demos, the band signed a publishing deal with IAMSOUND Music, a label deal with Beverly Martel and were subsequently invited to the US to record with Peter. Since the release of their debut single, they have garnered support from The Line of Best Fit, Clash, The 405, Atwood Magazine, BBC Introducing, BBC 6Music and many more and have performed intimate shows for fans in conjunction with Sofar Sounds and Secret Sessions. Their impeccable live show will be brought to a stage near you soon, details to follow.
The Wild State ‘Light Along The Waves’ album tracklisting as follows:
1. Light Shade
2. Air Runs Out
3. Youth
4. Twisted Words
5. Moons Green
6. Same Roof
7. Lavender
8. Lifeline
9. Pretty Damn Cold
10. Fortified
11. Rebirth
Pre-save the album on Spotify here, and be among the first to listen upon release.The Wild State is Josh Difford (vocals, piano), Oliver Spalding (vocals, drums) and Laurie White (guitar).
Official Site | Facebook | Twitter | Instagram
THE WILD STATE SHARE EXPANSIVE NEW SINGLE 'LAVENDER'
0 comment 0 FacebookTwitterPinterestEmail