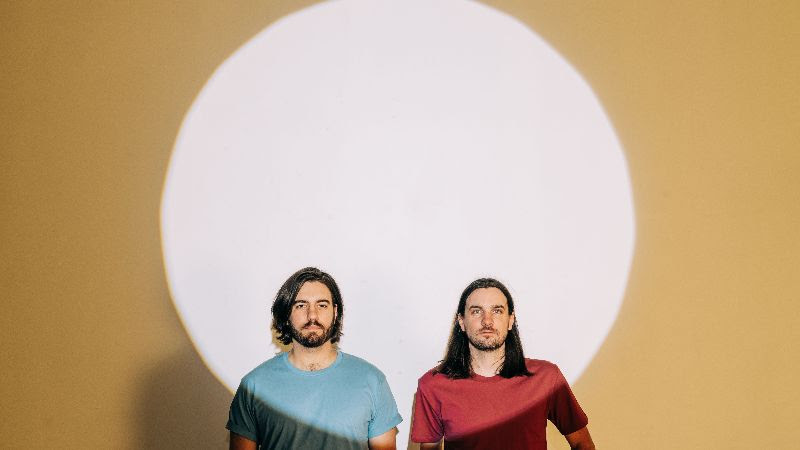 Long established as one of South Australia’s premier songwriting and touring outfits, Wanderers have stepped into a new creative domain in recent years.

Bringing together influences from across decades of soul, rock and pop luminaries; channeling in with contemporary flair and songwriting skill, the group have fashioned for themselves a sonic identity that exists strongly between a vintage cool and a central sound that is refreshingly new.

The new Wanderers EP, their third and first since 2017’s Something For A Distraction, arrives as they prepare to return to the United States for SXSW, as well as announcing their headline EP tour upon their return for April and May. The release of the Wanderers EP follows on from the band’s debut US TV performance on Nashville’s News4.

The Wanderers EP comprises five tracks of soulful and rich guitar-driven music that is a testament to the creative dynamic between bandmates Dusty Lee Stephensen, Matt Birkin and their cast of long-term collaborators and live band. Stephensen writes with an old-soul edge; his lyricism a masterclass in personal storytelling (‘Malibu’, ‘Nothing In This World’).

“As 2020 hit, our recording dreams were coming true – we were about to head over to record an album in LA at Studio 606, Foo Fighters HQ. The home of the famous SoundCity desk, responsible for capturing many of our favourite records. All this while set amongst the backdrop of the California coastline, would have been a setting so fitting for our music.

We put those plans on ice, and focused on this EP, capturing some of our most loved tracks from touring and you can see the touches of that plan in the artwork and songs. We threw ourselves into recording at a collection of our favourite Adelaide studios – Wildflower, Wundenbergs, The Orchard; so we’re excited to have this one out, and gearing up to get on the road and share it with the world.”
WANDERERS

Songs like ‘Make It On My Own’ and ‘Penny’ exude the brightness and optimism Wanders brought to the project from the jump. Harmonically strong and rich in melodies that give us energy akin to Lime Cordiale and The Moving Stills, it’s music like this that has bolstered Wanderers’ presence in recent years as a band to watch out of SA.

The EP’s latest release, ‘Molly’ is another example of the easy wavelength the outfit are on when it comes to songwriting and arrangement.

Of writing the track Stephensen said, “‘Molly’ was conceptualised on a whirlwind trip to Lorne, a beach side town south of Melbourne, that hosts one of the biggest NYE music festivals in the country. I got myself into a jam where I had to complete a gig in Adelaide at 1am on New Years Eve and perform in Lorne at midday, less than 12 hours later. (see: ‘yes man’ in the dictionary)

Leaving myself no other option, I finished my new years performance, jumped straight in the car and drove the 9 hours non-stop to Lorne, drinking more frozen ice coffee and energy drinks than the average person might drink in a week along the way. I made it, performed the gig, crashed in a hot tent for half an hour, and woke up at the most bad-ass festival in the country, feeling like a little less than a shell of a human.

I remember thinking that this would be a terrible time to meet the girl of my dreams. If we struck up a conversation, started getting to know each other, I would have to abort at some point, I could feel my time was running out.’”

The release of the Wanderers EP lines up with the band’s triumphant return to live shows, having given fans in their hometown a taste of what’s to come with a sold out show at The Gov in Adelaide in December 2021.

In March, Wanderers will join a strong Australian contingent of artists including Eliza Hull, Children Collide, Alex The Astronaut and Tom West in Austin, Texas for this year’s SXSW festival. Upon their return to Australia, Wanderers’ attention will be turning to their headline tour, on sale now.

“We’ve really been missing being able to tour… so we’re looking forward to a bunch of uninterrupted gallivanting around the globe in our future.” WANDERERS

“…thanks to this song’s sprightly guitar work, shimmering falsetto vocals and buoyant vibes, you’re likely to get a secondhand high just from listening to it.”
Billboard (‘Nothing In This World’)“…Stephensen’s falsetto weaving in and out of funky instrumentation accented with wailing sax…”
Flood Magazine“Channelling full 70s disco rock, Wanderers utilise the cheesy 70s synth strings and drum machines in to a fun-fuelled, loved-up groove. The falsetto vocals, and THAT bass line are musical sunshine, making it difficult not to move your body when this track is pumping.”
The Point Music News