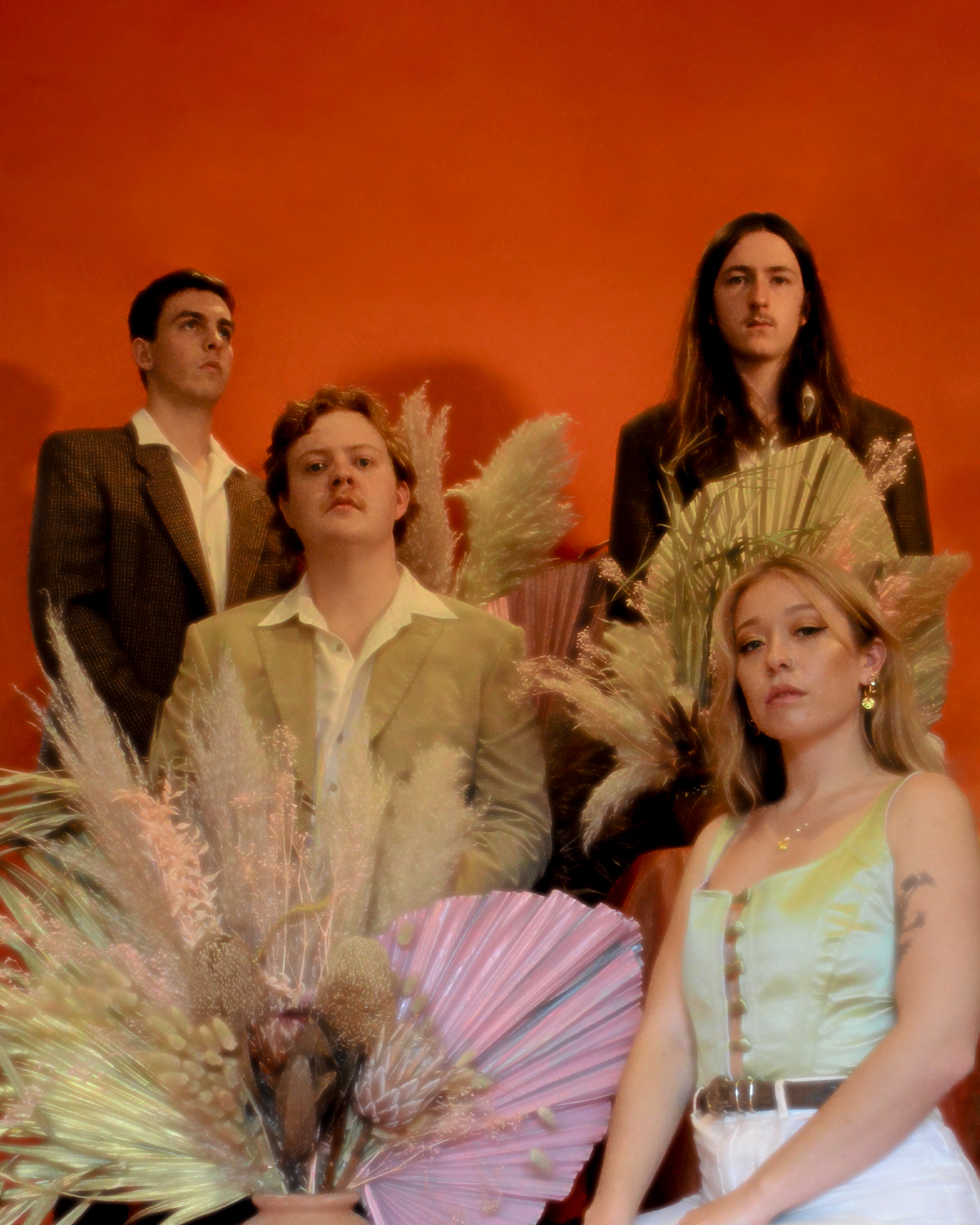 I live on the Mornington Peninsula in Moorooduc, it’s such a beautiful place!

I have always loved singing, so when I was young my mum got me a vocal coach. I started doing theatre and realised it wasn’t for me after about 6 years of shows. I began playing the guitar and writing my own songs when I was about 14 and I guess it grew from a hobby into a career from that point.

I’ve been sorting out a heap of shows and gearing up to tour our ‘Glimmer’ EP with the band. We have been writing lots of new music and can’t wait to get back into the studio to record!! We have also been filming with the Pure Nowhere crew to document our process of recording and releasing music!

Your latest EP ‘Glimmer’ is out now, what influenced the sound and songwriting?

This EP was mostly written throughout the 2020 lockdowns. There were many influences, however, I feel that isolation made me think about my people and how special they are to me. There are a lot of ties to community in terms of lyricism – especially in the title track, ‘Glimmer’. Solitude helped me to write and gain perspective about the things that are most important to me. I guess in my case, I’ve always held the people who I love very close to my heart and I wanted to make a body of work that reflected that. I learned a lot of life lessons throughout the pandemic and reassessed most of my relationships. You should always feel loved and supported by the people who you surround yourself with. If they don’t uplift you in any way then you should put your energy into the relationships that do.

Writing most of the works in a global pandemic had its ups and downs. I was given time to write and refine my work but without the ability of bringing it to the band in its early stages. All of the songs were pretty much fully formed by the time the band had heard them, so we kind of bypassed that process where all the members add their own influences to the actual bones of the work. It’s crazy to see how different something can be when written with others from the beginning. I had a lot of help with arrangements from Alex (our guitarist) in the early stages and wouldn’t change a thing. Writing/ Recording music is like creating a time capsule – you can remember all of those ideas and the emotions that you felt when you were there in that headspace. It’s really special to look back and remember what led you to creating a song – sometimes tracks even develop whole new meanings to you over time but I’ve never forgotten the original intention.

Where and when did you record/produce/master?
We actually created this body of work in a lot of different spaces but Quin Grunden’s studio and Studio A in Boxhill are the two places that come to mind when I think of recording ‘Glimmer’. In the past we have hired a studio for the day and smashed out all of our parts but recording with Quin allowed us the time that we needed to refine ideas in the studio! It made the whole thing much more special!

We had the EP mixed by Edvard Hakansson when we were in a lockdown last year. Alex and I had moved up to Mount Hotham for that period of time so there were lots of zoom mixing sessions with Edvard where it was snowing outside the window behind our laptop – that was pretty special!

We had the EP mastered with Joe from Crystal Mastering and he was so wonderful – working with him was a great way to finish the project.

Please tell us about what the single ‘Glimmer’ means to you:

‘Glimmer’ is a song that was initially inspired by my mum, how much she inspires me and how much of her I see in myself. When I began reflecting on my relationship with her I began thinking of other people in my circle. I thought about my relationship to community and how the people who I admire have embedded themselves into my life. I realised that I try to reflect lots of the behaviours or values that I admire in people from my community!

When did you film the video and who did you work with?

We filmed the music video in February! I was lucky enough to work with two of my favourite people/ creatives on this project, Anthony Rennick (our bassist) and Rhys Newling!

We had some of our good friends feature in the video including Josh Davies, Abby Strangward, Georgia Rooney, Chris Gill and Jess Newton which was super special! All of these people have been involved with the EP in some way and we wanted to shine a light on them! I was wearing pieces by The Daisy Lane and Cheeky The Label – both beautiful local fashion labels.

What did you most enjoy about the making of the video?

It’s always so much fun creating sets, I’ve been getting into flower arranging lately so I really enjoyed making the arrangements! I love seeing the band in costume and feel as though they all get really into it as well! Working with Rhys is always such a pleasure, Rennick and I have been lucky enough to have had his assistance on things in the past but this felt like more of a collaborative vision!

Any shows coming up?

We have our ‘Glimmer’ EP tour coming up with shows in Canberra, Forster, Brisbane, Sydney, Beechworth, Adelaide and Melbourne!!

I’ve loved listening to the most recent Raveena, Hiatus Kaiyote and Alice Phoebe Lou albums…   But over the past couple of weeks I’ve been really into Dijon’s album, ‘Absolutely’.

I’ve been super busy lately so I’m a pretty big homebody at the moment! I really enjoy cooking and love to make Laksa and other soupy things with my housemates. We moved into an incredible new place recently so having people over for dinner and putting on a spread is always a good time in the space that we have created.