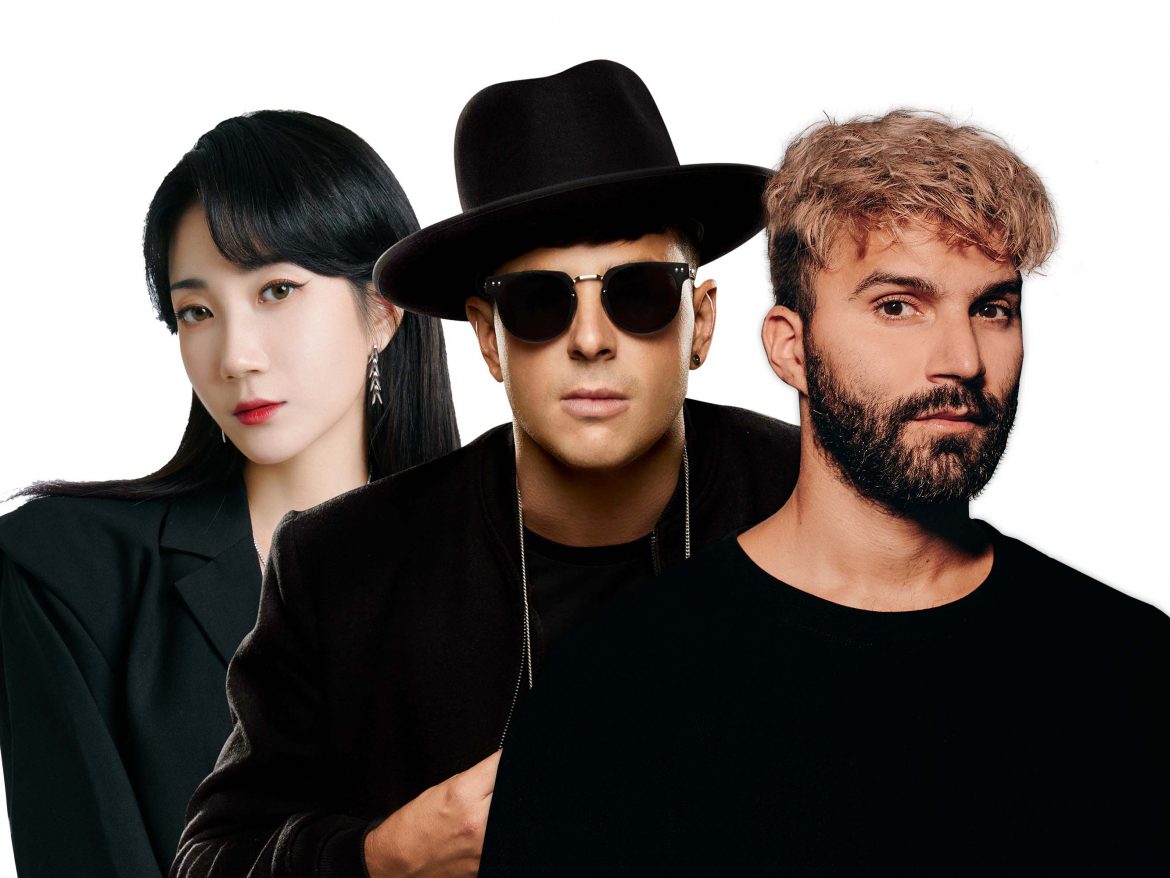 R3HAB and Timmy Trumpet teamed up for their new single “Turn The Lights Down Low,” a dance-pop crossover record for which both artists embrace their international fanbase by releasing both an English and a Chinese version. With a dynamic psytrance-esque bassline and sassy topline, the track is perfect for playing to get ready for a night on the town or when you need a mood booster after not getting a text back. Singer/songwriter NINEONE# brings an extra special vocal performance to the Chinese version, highlighting the uniqueness of “Turn The Lights Down Low” and R3HAB‘s and Timmy‘s vision and creativity. NINEONE# has become a Weibo sensation in China and was voted as QQ Music’s Most Popular Female Rapper of The Year in 2020; she is also a fashion icon and has featured on the cover of Vogue China, Barzaar Men, Cosmopolitan and worked with such brands as Givenchy, Gentle Monster, Union Pay, Vidal Sassoon, Tide, Pizza Hut, DELL, Braun, Xiaomi, Olay and many more. “Turn The Lights Down Low” is the fourth time R3HAB and Timmy Trumpet have collaborated, and we look forward to more productions in the works. Read on for what each artist had to say about this exciting new track:

“This is the first track I’ve released in two languages, and to do it with superstars like R3HAB and NINEONE# is a dream come true. Music unites people from all cultures all over the world, and that’s my favorite part of the electronic music scene. I always love working with R3HAB, and as a producer, he is second to none. Making this track was nothing but fun, and I can’t wait to get it out there!” – Timmy Trumpet

“I’m excited to present “Turn The Lights Down Low” today, and I’m especially excited that we’re releasing it in two languages, side by side. I am a big fan of NINEONE#, and I’m so glad she joined Timmy and I on the Chinese version. I’m a big fan of Timmy too. This record marks my fourth collaboration with him, and we’re not done yet. The way music connects people around the world is powerful, and I’m so glad I get to experience it firsthand.” – R3HAB

“I’m thrilled for the opportunity to work with R3HAB and Timmy Trumpet. I was beyond excited when I was presented this opportunity – I have always wanted to collaborate with international producers, and now my dream has come true! I really appreciate them for letting me be part of “Turn The Lights Down Low.” I hope my contribution will light up this Chinese version.” – NINEONE#

DJ, producer, and live instrumentalist Timmy Trumpet is undoubtedly one of the most prolific performers in the DJ Mag Top 100. An award-winning, multi-platinum selling recording artist, Timmy has forged his way to the top of the industry alongside influential artists taking the world by storm. His breakthrough release Freaks has reigned in over half a billion streams, reached six times platinum status in Australia, and dominated the charts in ten countries, becoming the highest selling track of all time on Ministry of Sound Australia. In 2020, after over a decade on the scene, the DJ producer issued his first album, Mad World. The set included the singles “911” with R3HAB, “Up & Down” with Vengaboys, and a cover of “Mad World” with Gabry Ponte.

Multi-Platinum DJ and producer Fadil El Ghoul, better known as R3HAB, has been trailblazing his way through dance music for the past fifteen years. From his breakthrough remixes for Rihanna, Drake, Taylor Swift, Calvin Harris, to anthems such as Platinum-certified “All Around The World (La La La)” and “Lullaby,” to his collaborations with the likes of Ava Max, ZAYN, Luis Fonsi, Sean Paul, and more, R3HAB has proven to be one of the most forward-thinking artists in the game. His work has collected over 8B streams to date, including 1.1B in 2021 alone. R3HAB founded his label CYB3RPVNK in 2016, which has passed 4B streams across platforms since its inception. R3HAB continues to evolve and diversify his sound by working with artists around the globe, pushing the boundaries of dance music as he collaborates across genres and languages. He is Spotify’s Most Discovered Artist, one of Spotify’s top 200 most streamed artists, ranked #12 on prestigious DJ Mag’s Top 100 DJs chart, and has earned over 70 Gold and Platinum certificates. R3HAB has embarked on multiple sold-out worldwide tours and was the first dance music artist to sell out 15 consecutive shows in China. On top of that, he performed at the world’s top festivals, such as EDC, Ultra Music Festival, Tomorrowland, Balaton Sound, Coachella, Summer Sonic Festival, DWP Jakarta. With his combination of innate artistry and innovative attitude, R3HAB has earned his place as a household name in dance music.