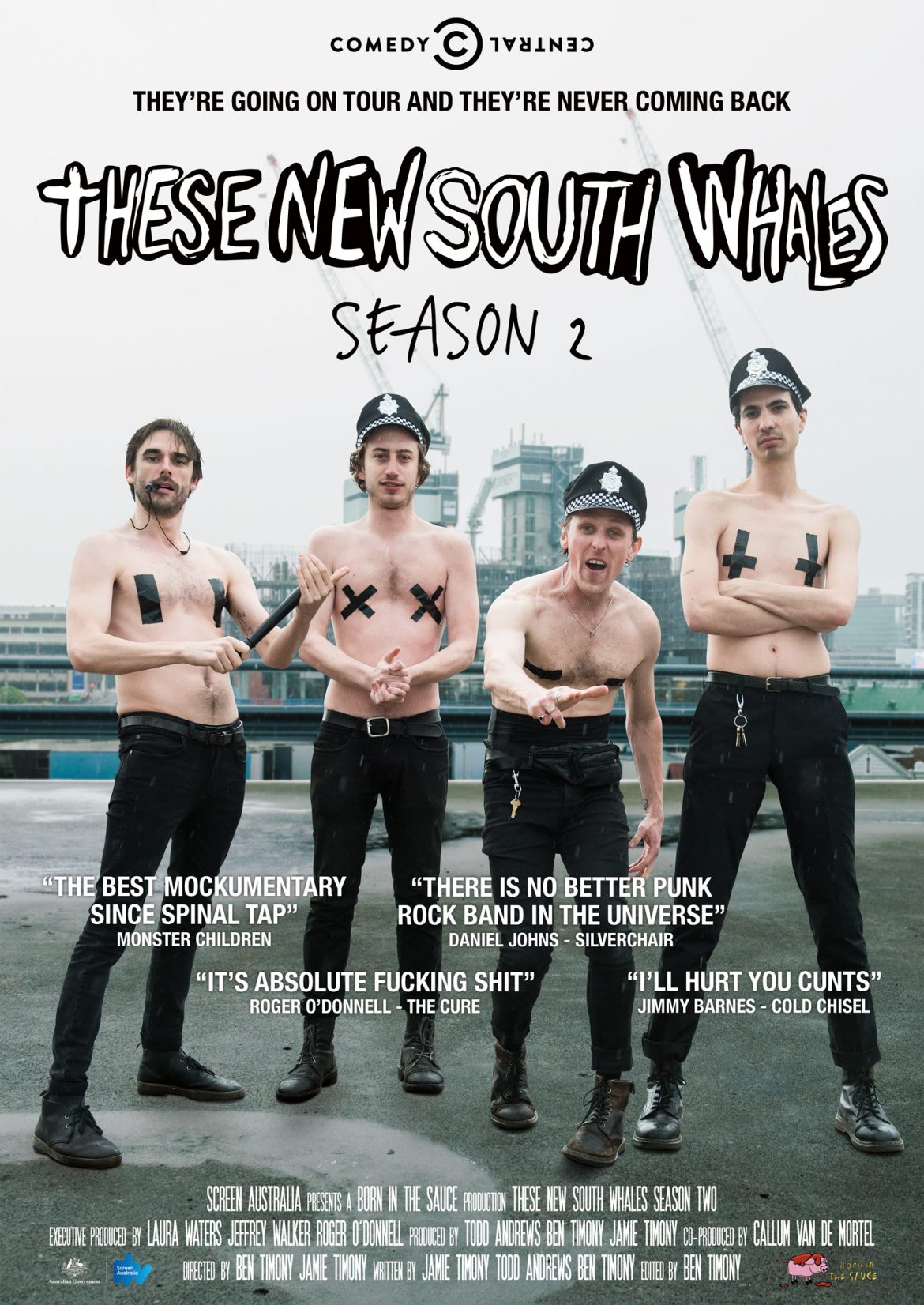 The critically acclaimed first season of These New South Whales followed four delusional, cocky punk underdogs from Newcastle as they awkwardly crashed and bashed their way to the bottom of the top. Delving deep into the wild forays of Sydney’s Inner West music scene, the season featured the likes of DMA’s, CHVRCHES, Metz and more and earned the self-proclaimed buzz band a growing audience across industry and fans alike.

In Season 2, armed with a portly, Elvis impersonating band manager and a luxury double decker tour bus,These New South Whales set off to become the bonafide lords of the road they always aspired to be! The series also boasts some impressive names both on and off the screen. It’s Executive Produced by comedy giants Laura Waters (Summer Heights High, Ja’mie: Private School Girl) and Jeffrey Walker (Modern Family, Difficult People) and music royalty Roger O’Donnell (The Cure).

Of the collaboration, Roger O’Donnell shares, “I love these guys, I love what they do and how they do it, with genuine love and affection for probably the most shit business you can imagine, Rock and Roll. When they asked me to be an executive producer on the show I was totally blown away and have loved every minute of seeing them bring this thing to fruition. Comedy genius (they paid me to say that)”.

Laura Waters adds, “Rarely have I seen a group so committed to what they’re doing while also having so much fun. People will fall in love with TNSW!” 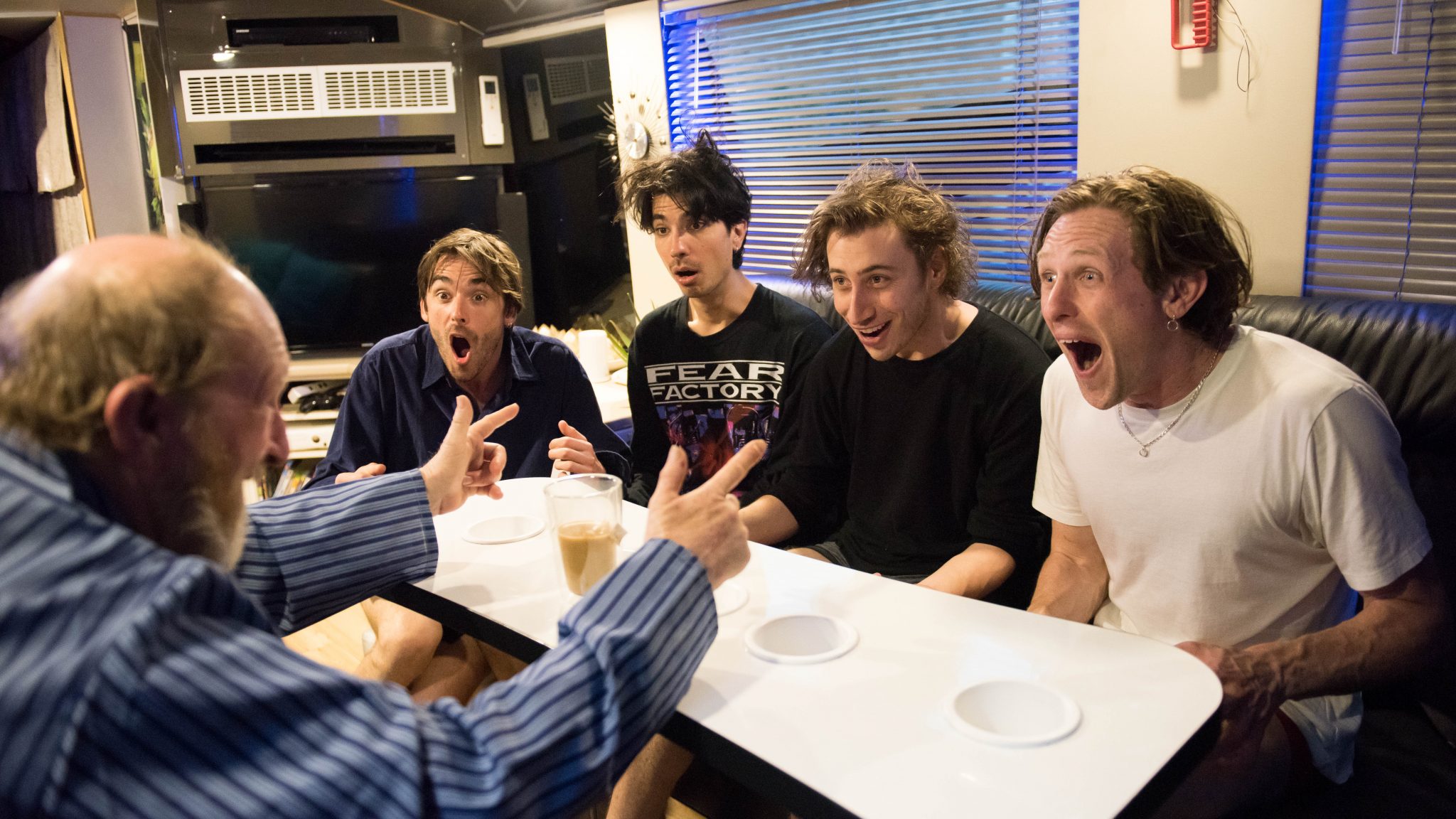 For those that missed the first season, you can catch up and binge on the six-part series at comedycentral.com.au/thesenewsouthwhales

Season two of THESE NEW SOUTH WHALES will be available exclusively on Comedy Central ANZ and comedycentral.com.au from Wednesday May 9.

These New South Whales Season Two is a Born in the Sauce production with principal development and production funding from Screen Australia.

About Comedy Central: Comedy Central is the world’s only all-comedy network and has an estimated global audience of over 250 million. It is responsible for some of the biggest comedy hits of all time. Comedy Central, now in its 27th year, has built a diverse, global business by putting funny first in everything it does. Comedy Central’s worldwide portfolio contains more than 20 channels spanning across Australia, New Zealand, USA, UK, India, Europe, Asia, South America and Africa.
Stay connected with These New South Whales:
Official Website | Facebook | Twitter | Instagram