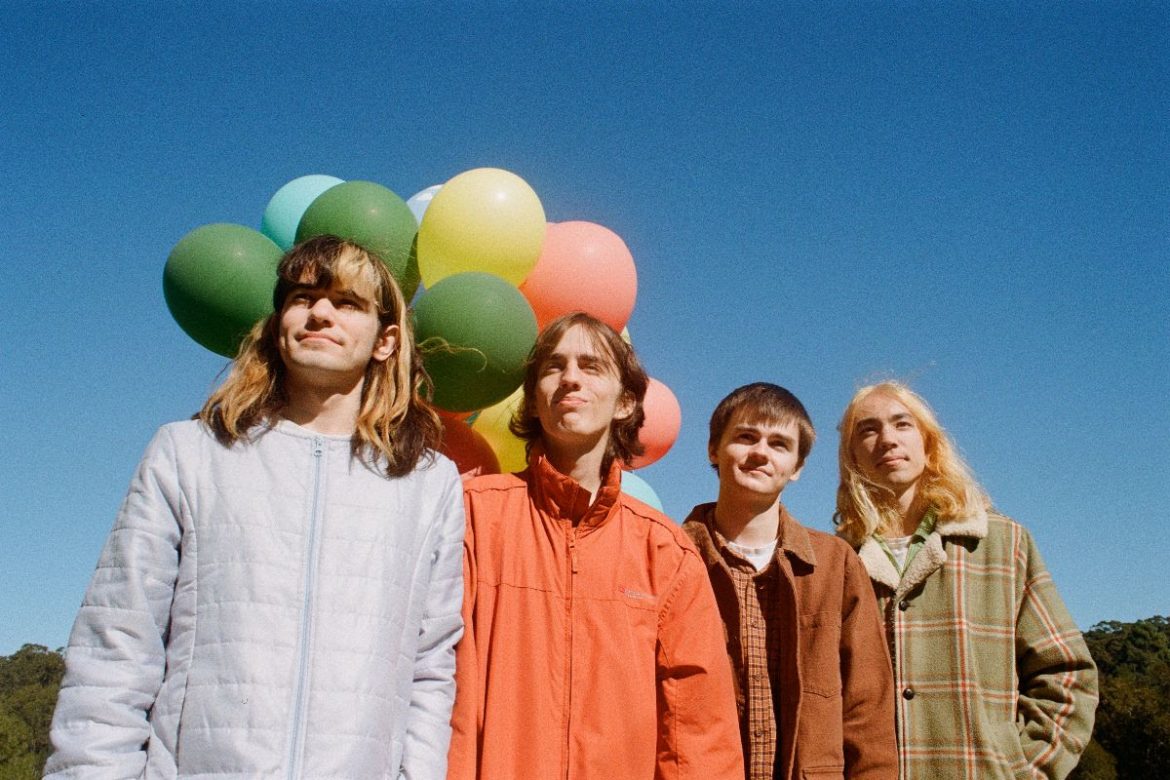 Through their upcoming debut album SongBook, the band pulls together each incremental breakthrough of their career thus far, including key releases from their first two EPs, ‘Where’s My Brain???‘, ‘Tangerine‘ and ‘Cheesy Love Song‘, alongside new tracks. Through ‘Fuzz Jam‘, The Lazy Eyes reached a fever pitch, breaking triple j as the station’s #1 Most Played Song upon release. Mainstream praise has continued to follow The Lazy Eyes every step, from Lauren Laverne as the Spotlight Artist on 6 Music and #24 on the Shazam charts, playlisting on BBC 6 Music‘s A List and continued acclaim from NME, SPIN, Face Melts, KCRW, Flood, Unearthed, RAGE, 2SER amongst many others globally.

Surveying the first years of The Lazy Eyes‘ existence as a band, SongBook emits youthful, creative exuberance, the sound of a band revelling in their own indulgences, influences and self-discovery, refracting formative touchstones through a contemporary lens in a process of coming into their own. The Lazy Eyes debut is a world unto itself, where swirling, constantly mutating tonal and textural choices open up rich, previously unexplored corners. Like every good fantasy world, it abides by its own logic – suddenly you’re in a garden in full blossom, and you didn’t even notice; you’ve walked a mile without taking a single step and earworms zip zorp past. Step inside, but be warned: Once you’re in The Lazy Eyes‘ world, you might not want to leave any time soon.

‘Starting Over‘ is out now, buy/stream it here.