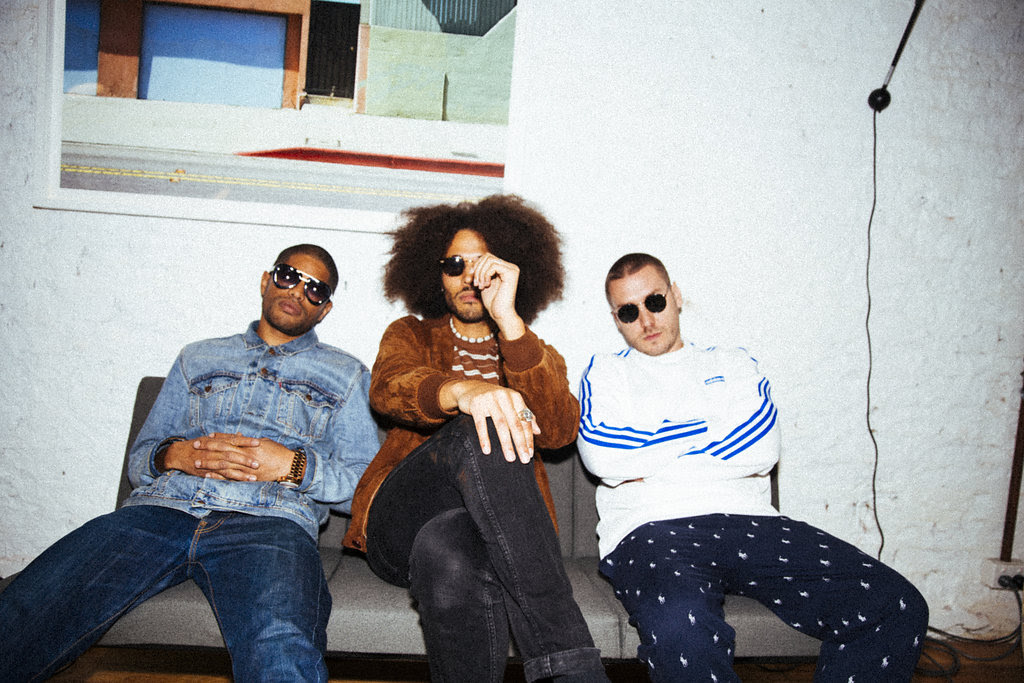 Comprised of founding members Badmandela and Rosario, along with the more recent addition of vocalist Black Tree, The Goods have proven one of Australia’s most hotly tipped up and coming acts. A trio stemming out of Sydney’s rising soul/electronic scene, The Goods have been awarded critical praise from tastemaking outlets including Complex, MTV, VICE, Indie Shuffle, and more. Today, The Goods are now ready to unveil the next act in their lauded discography with brand a new EP titled ‘Make Your Move.’

Coming via a team up with Brooklyn record label Bastard Jazz, The Good’s ‘Make Your Move’ further explores the band’s trademark sound that combines hip-hop, space funk, low slung house, and soul. The five-track EP documents The Goods’ expansion into faster tempos and broken rhythms, and was created in a much more collaborative spirit than their previous work.

Opening with heavy funk single “OPB,” the project quickly switches gears on downtempo house oriented single “Glow,” which makes clear the project will delve into a myriad of different genres. Stand out track “Faster” is a heady experimentation that fuses trippy bass lines and synth with elements of psychedelic rock that hits home the band’s concept of “space funk.” EP title track “Make Your Move” slides back into house music territory with a four on the floor tempo backed with bass guitar, steel drum, and Black Tree’s jazz-fueled vocals. Closing out the project, “Supposed To Be” finishes off the multi-layer record with a hypnotic production whose subdued vocals and complex soundscape truly captures the versatile sounds The Goods have become renowned for.

If this if your first introduction to The Goods, the band emerged on the Sydney music circuit only two short years ago in 2016. Aside from their seamless productions, the trio is also renowned for breathtaking live sets that has already seen them share the stage with artists including Oddisee, Onra, and Touch Sensitive. Up next for The Goods, the band are gearing up for the release of their debut artist album out later this year.