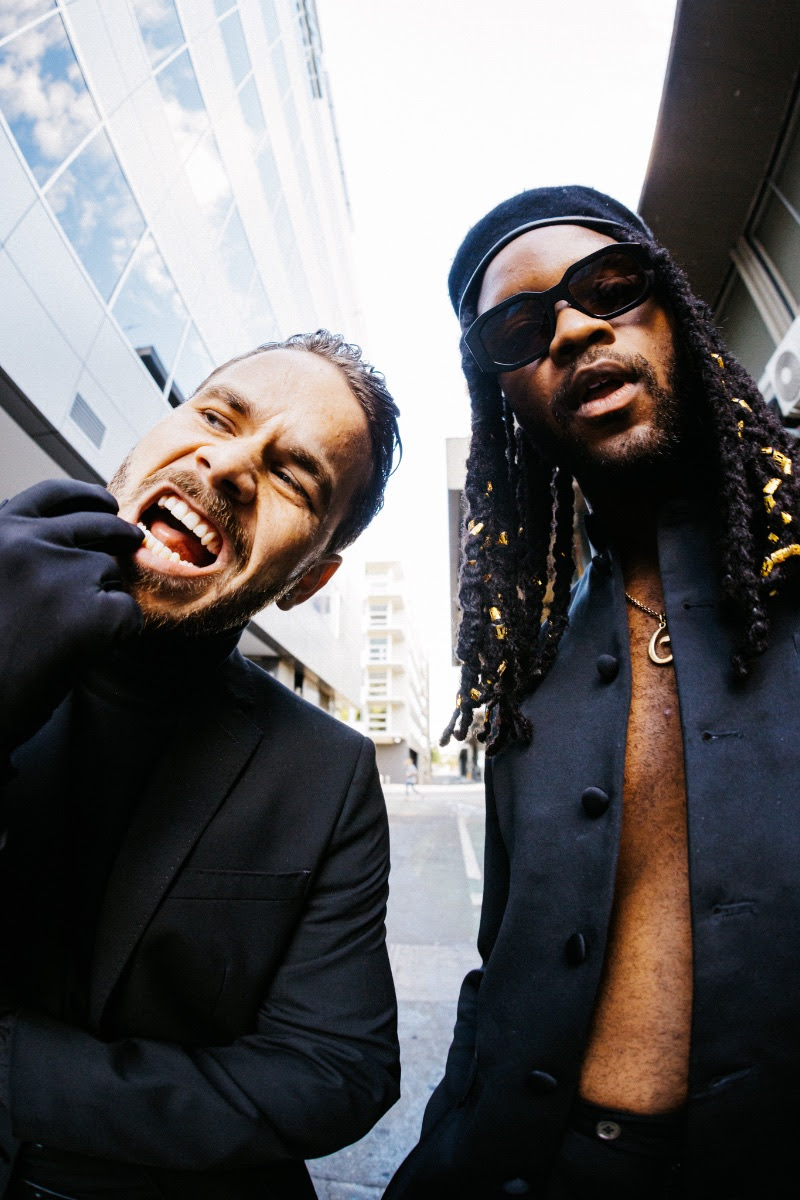 The visuals of ‘CHEQUE‘ are made up of two parts; The first represents the suppression of an abrasive ego and the elimination of superficial tendencies through destroying facades and false perceptions of one’s own individualism (the destruction of the television & the burying of Tasman’s ego). The second explores accepting one’s individuality through success and revelling in it (showcased in the laissez-faire, stylistic direction during the second half of the video).

Of the video, director Zain Ayub shares, “Tasman is so committed to his craft and his vision that it was an amicable and exciting discussion we had to explore the ideas for Cheque; his openness allowed the idea to flourish. After brainstorming independently, the idea of burying Tasman alive was born and we filmed the destruction of the television and the grave shot on the same day we filmed 5FT Freestyle in Bowraville. Initially, I wrote a narrative-driven concept that would showcase both Tasman and Genesis in a new light: confronting their own alter-egos, in a darker setting, however, this evolved into a simpler approach to the video. Instead of tackling a narrative/conceptual idea, I felt it was apt to lean into the ‘fun’ nature of the sonics. Focusing on a playful yet serious direction that showcased more personality complimented both artists in this piece. Tasteful, simple and bold.”

‘CHEQUE‘ arrives on the heels of ‘LOVE TOO SOON‘, a soulful jam from Keith immediately embraced by iHeartRadio, The Edge 96.1FM, triple j, Rolling Stone, NME, MTV, RAGE and clamour to the local music industry alike, including appearances at the Sydney Kings half-time show at Qudos Bank Arena and the Mulubinba / Newcastle Entertainment Centre supporting Midnight Oil last month. Earlier this year, ‘5FT FREESTYLE‘ accumulated fever from Complex, Billboard, The Guardian, NBN News, Acclaim, Sniffers, Life Without Andy, Pilerats and many more. Plus this April, Tasman will embark on a series of regional tour dates around the East Coast of so-called Australia. To find peace at COLOUR LIVE: THE ALBUM EXPERIENCE, see all tour routing details + ticket links BELOW.

Tasman Keith‘s debut album A Colour Undone carries itself with a self-assured sense of its own gravity, ambition and purpose. Granted the full canvas of the album format, experimentation and emotional nuance find room to thrive, and Tasman‘s stylistic horizons move outwards while his lyricism narrows. With the majority recorded over six days and executive produced by Tasman and Kwame, A Colour Undone is the product of an irreproducible mind space, deft in its embrace of imperfection and devoid of overthinking.

Through metaphor and his lived experience, A Colour Undone ruminates on love, loss, trauma, healing and ego; as dexterous, clever and linguistically adventurous as it is moving. Tasman pulls himself apart, atomising the sensitive and difficult terrain of his undoing and the subsequent piecing back together again. As he unspools the threads of his own self, Tasman uncovers an emotionality and a sense of openness that has previously lain dormant within his work. At its centre, A Colour Undone revolves around a doomed romance, one that slows and, ultimately, brings low the unhealthy ego that defines the record’s opening stanza, propelling Tasman Keith toward self-reflection, reconciliation and, at last, clarity.

‘CHEQUE ft. Genesis Owusu‘ is out now via AWAL, buy/stream it here.

All tickets available via tasmankeith.com/shows