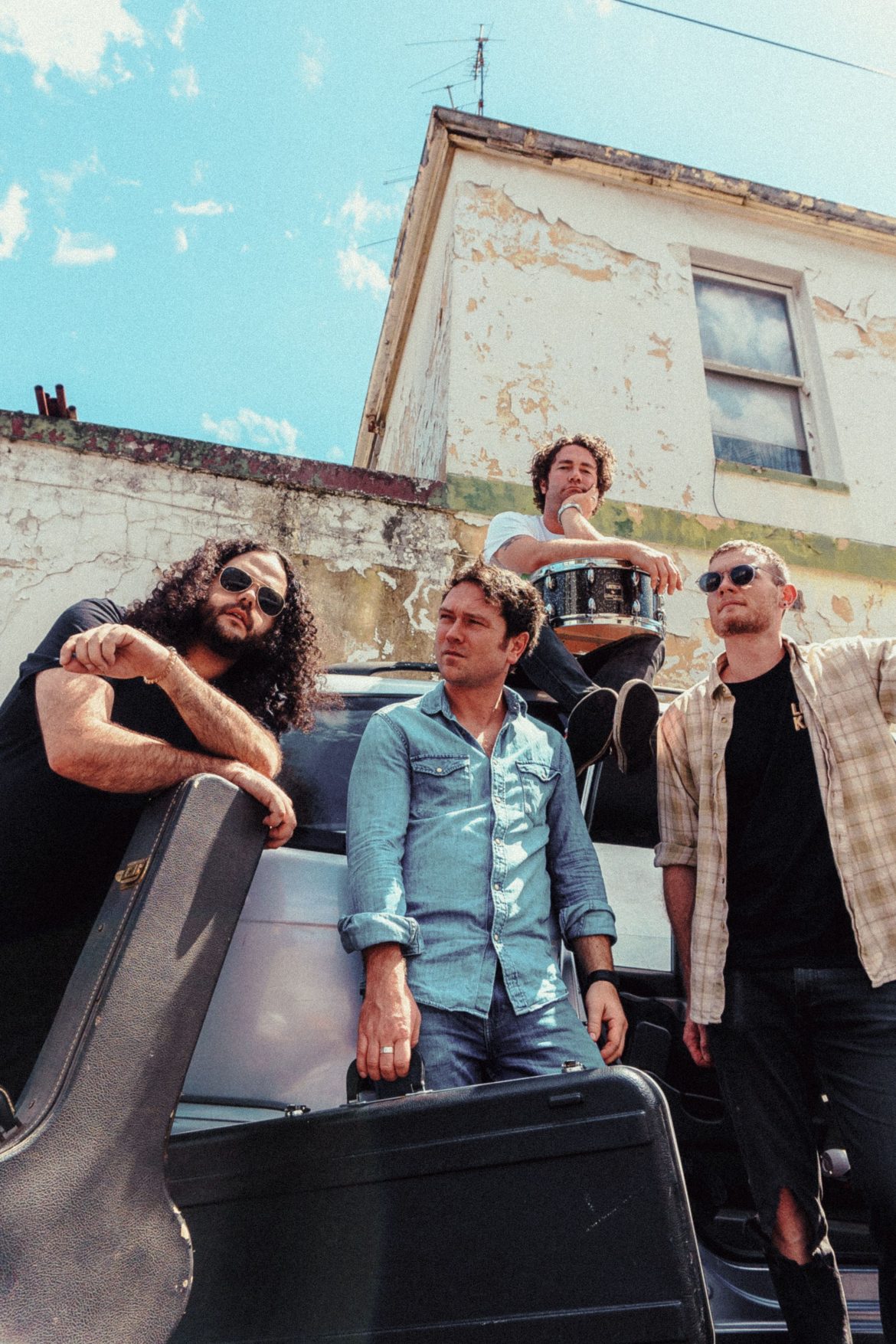 Complete with chugging guitar riffs, punchy synths, layered, pop-laced vocals, and a driving, hypnotic drum groove, ‘Somebody Like You’ conjures a sense of nostalgia that sits somewhere between the group’s sonic influences of early Talking Heads and naughties era Gorillaz. Of the track, Brendan Etherington (guitar/vox) shares:

I wrote this song in 2020 during Melbourne’s second lockdown. Stuck in my room, I’d been mucking around with drum loops and came across a cool beat that I liked. It started with the bass riff and grew from there.

We used both sampled drums and real drums to create a nice mix. The guitar solo was a bit of a fluke. It was the one from the demo that Brendan recorded late at night after a bunch of drinks. He could never top it, so we used that one in the final mix. A happy accident that worked out.

With its undeniably catchy chorus hook, “I wish I had somebody like you, when I was twenty-two”, of the lyrical inspiration for the track, the band elaborates:

I think we have all had somebody in our lives either romantically, or platonically, who’s a bit older or more mature and who seems so cool and confident. We either lusted after them or wished we had them in our corner teaching us all their moves.

Replete with sentimental lyricism heavily influenced by their own personal relationships and lived experiences, the group’s earnest display of introspective songwriting has seen them continue to cultivate a wide audience, performing to packed houses across Melbourne.

Square Dance Caller’s forthcoming EP, ‘Daze In Technicolor’, covers a range of styles and lyrical themes, showcasing the band’s creative versatility. Here, dreamy indie-rock soundscapes and balladesque vocals compliment a fiercer, funkier offering in the form of the first single, ‘Somebody Like You’, a rhythmic and lyrical departure with a sentiment of its very own.

‘Somebody Like You’ is out now. Square Dance Caller will launch the new single on May 19th at The Leadbeater Hotel.

BUY TIX TO THE SINGLE LAUNCH

Formed in 2021, Square Dance Caller is the latest project from Melbourne-based multi-instrumentalists, songwriters, and brothers Brendan and Michael Etherington. Completing the band for their latest musical instalment is Mat Hooler on keys (KeyHoo) and James Manning on bass (The Solicitors).

A nod to their late grandfather’s tenure as a real-life Square Dance Caller, the band by the same name, draws inspiration from classic rock outfits such as The Eagles, The Clash and The Beatles, and Aussie comrades British India and Bad Pony.