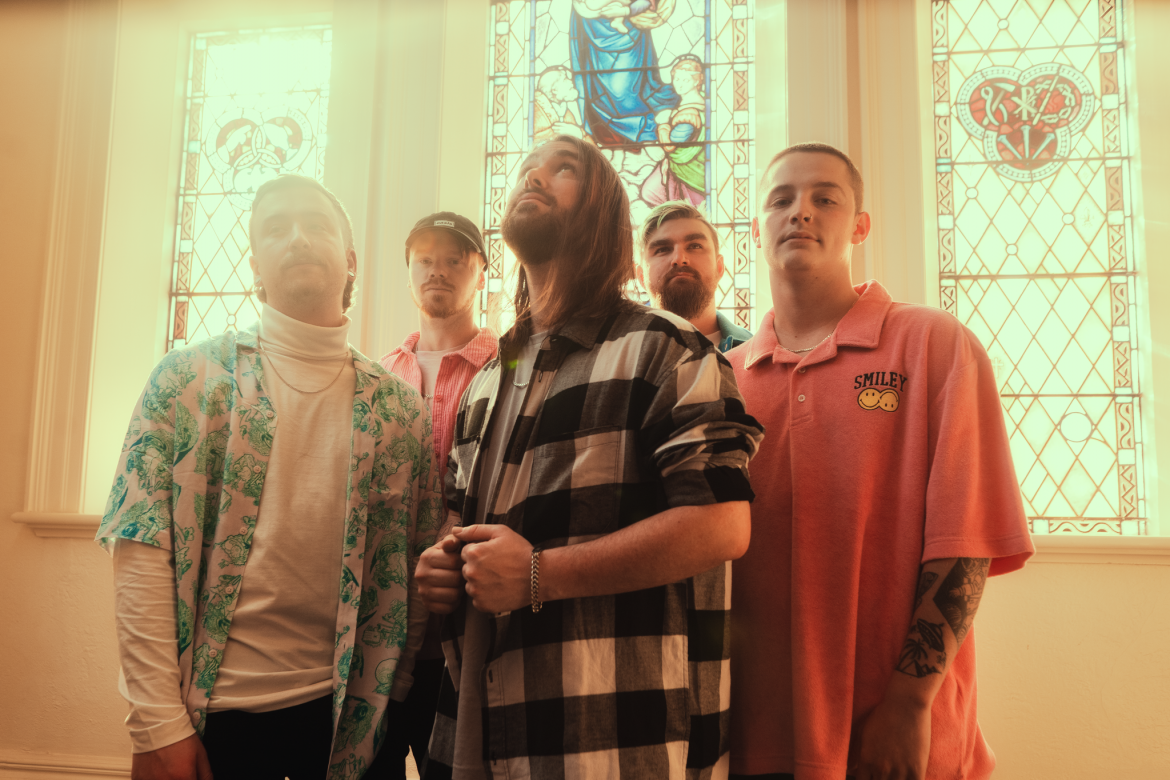 How did the band form?
The band formed from me (Stove) and Henry being in a previous band together and bonding over a love of pop punk and emo music, and when that band eventually separated they decided to try writing some different stuff together and PSTCRDS was born.

What’s been happening recently?
Recently we just put out a new single ‘What We Dwell On’, accompanied by a music video shot by Crow River Visuals and we’re currently supporting that release through a tour with Synge from Sydney.

Your latest single ‘What We Dwell On’ is out now, what influenced the sound and songwriting?
The idea for WWDO was mostly to try something a little different, almost towards an ‘anthem’ vibe of sorts, and something people could really dance to. The influences came from a range of different stuff we had been listening to, bands like Stand Atlantic, Youth Fountain and some pop artists like Taylor Swift, Peach PRC etc

How did you go about writing What We Dwell On and what does this single mean to you?
We actually had an original version of the song that sounded completely different, but in the studio we decided to go in a different direction and try something new that we hadn’t done before.

The single is based around the loss of a relationship, be that a friendship or a romantic one, and the single being so different from what we’ve done in the past feels like a good way to emphasise moving forward from where you were to where you want to be.

Where and when did you record/produce/master and who did you work with?
We recorded the single in late July, and we worked with Chris Lalic (Windwaker), who we’ve worked with for every release we’ve done so far.

How did you approach the recording process?
We always try to approach the recording process with an open mind to trying new things and changing as much as we feel we need to. There’s always a 90% finished demo from the start, but several times now we’ve completely scrapped songs and rewritten them, so we always try to stay open to any and all ideas as we go.

Who are you listening to at the moment?
I can’t speak for the other boys, but I’ve been listening to a lot of heavier stuff lately, which is interesting considering the sound of WWDO, but I’ve been loving Knocked Loose’s A Tear in the Fabric of Life, the new singles from The Gloom in the Corner and also Eat Your Heart Out’s new album!

What’s planned for the remainder of 2022 going into 2023?
Mostly we’re just aiming to play as many shows as we can and hopefully write some more music to put something out next year.

Favourite food and place to hangout?
I’m obsessed with Mexican food, so my favourite place to eat is always Mad Mex, but in terms of places to hangout I tend to spend a lot of time at home with my roommates and just kicking around Newcastle really.