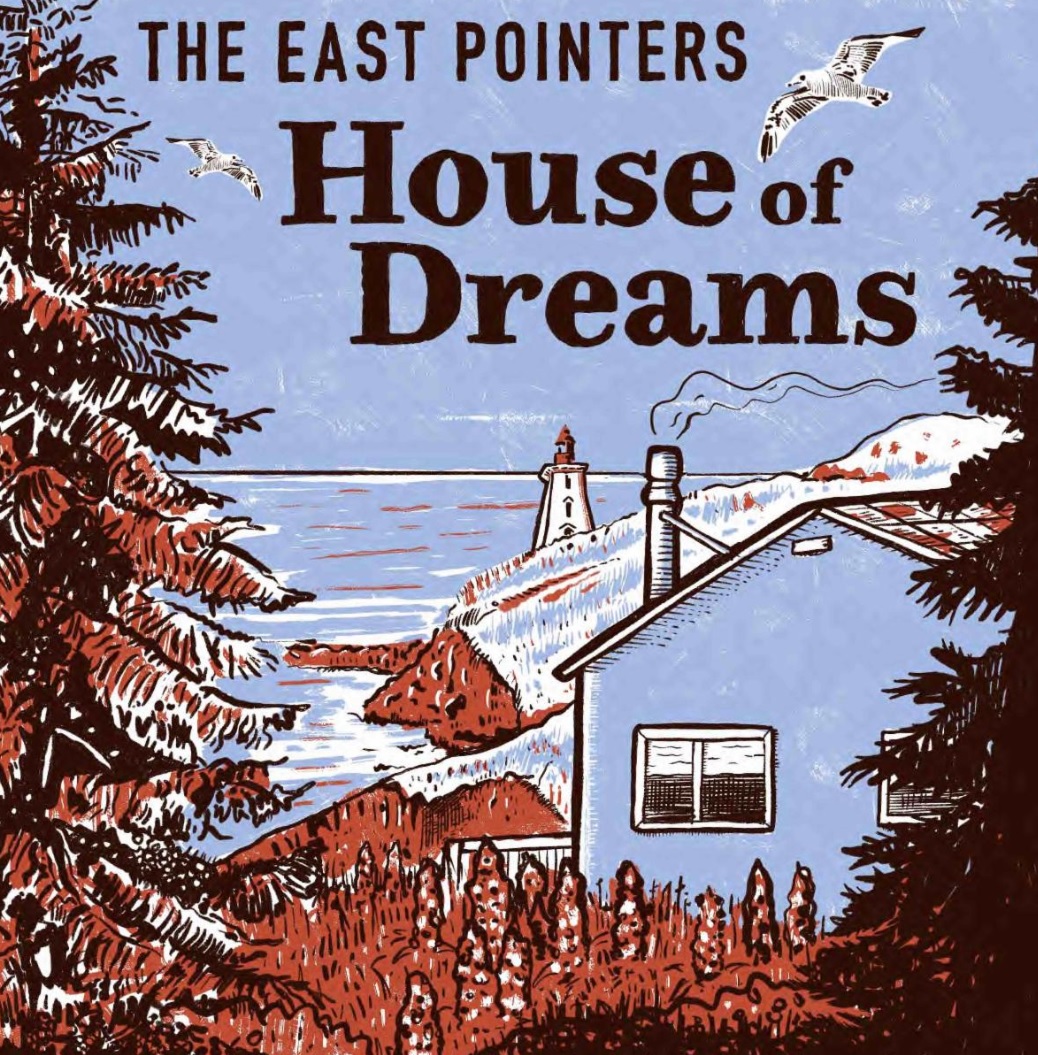 Toronto, ON – JUNO Award-winning Canadian pop-folk band The East Pointers, are excited to announce the release of their highly anticipated new EP House of Dreams, set to arrive on September 30th via Nettwerk Music Group on all streaming platforms.

House of Dreams was born out of pandemic downtime and a desire to always be pushing forward. With the cancellation of touring in 2020, Koady Chaisson, Jake Charron and Tim Chaisson of The East Pointers started working on new music with the help of their friend and member of The Trews, Colin MacDonald. After narrowing down over twenty songs written to the best seven tracks, the EP was brought to life virtually with the help of producer Derek Hoffman (Arkells, The Trews, Silverstein).

In January 2022, the band suffered an unimaginable loss with the sudden passing of beloved member Koady Chaisson, and the new music was brought to an abrupt halt. Tim and Jake met in the weeks that followed and both knew, almost without saying it, that they had to carry on and bring the new music to fans.

“The “House Of Dreams” EP is a collection of 7 tracks that we wrote while sidelined during the pandemic. After eight years of solid touring, it was our first experience being grounded on Prince Edward Island as a unit. We recorded them with our producer, Derek Hoffman, before our bandmate and best friend, Koady, sadly passed away. Koady was probably the most excited about all of these tracks, so we’re channeling that enthusiasm as we release it to the world,” said Jake Charron and Tim Chaisson of The East Pointers.

Keeping Koady’s spirit alive, House of Dreams will push new boundaries with the same driving trad instrumental hooks the band has become known for in tracks such as “When I Had You,” “Happy As I’ve Never Been” and “Kayla, For Me,” a song about loss and the memories that you try to hang onto when dreams are suddenly taken away.

The EP’s first track, “The House of Dreams,” is special to the band as it is one of Koady’s compositions that came from their writing sessions, originally titled “Quarantine Sessions #2”.

“The location of Koady’s dream-come-true home is a little cottage with a spectacular view of the ocean on the Eastern Shores of Prince Edward Island. We spent many days here as a band, hanging out, writing music, and dreaming up plans for the future,” said Jake Charron of The East Pointers.

Also included on the EP, will be the recently released singles “I Saw Your Ghost”, “Stronger Than You Know,” and “Save Your Lonely,” an upbeat and decidedly folk-pop tune about the hardships endured by a touring musician and feeling the distance from someone back home.

Since forming in 2014, The East Pointers have remained furiously energetic, musically complex, and technically brilliant. They’re grounded in family, as the seventh generations of traditional PEI and Ontario-based Celtic players and writers, and have effortlessly parlayed into the folk-pop arena.

In addition to the new EP, The East Pointers are also getting ready to present the Harvest Home Festival, set to take place on September 23rd and 24th at the Rollo Bay Fiddle Grounds in Prince Edward Island. For more information on the festival, visit here.

1. The House Of Dreams

2. Stronger Than You Know

7. Happy As I’ve Never Been