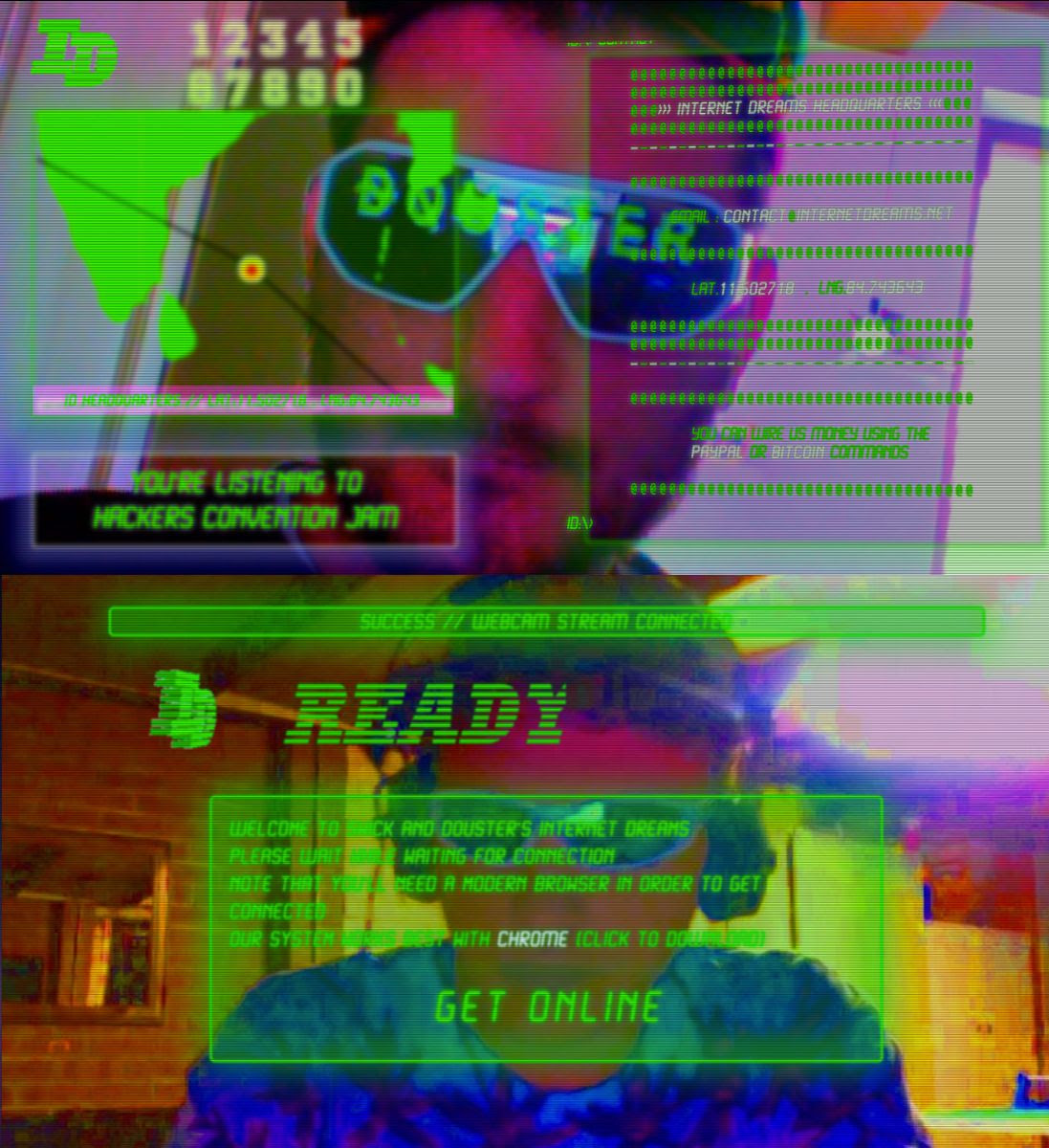 ‘CHAMPIONSHIP RINGTONE LEAGUE’ is an ode to the Nokia theme – arguably the Holy Grail of ringtones. ‘HACKER’S CONVENTION JAM’ invokes intensity through vocal samples, with a fuzzy synth locking in your attention like a hacker to a computer screen. In an ode to dial-up internet, ‘56K DESERT CONNECTION’ harkens back to simpler times when an hour of your time would be spent downloading a couple of virus-laden MP3 files. A snake-charmer lead weaves in and out of punchy percussive stabs, leading us through the 56K Desert. And finally, ‘OS WAR III‘ pits the big operating systems against one another in a clash of pounding, industrial-tech, rounding out the release with a motherboard-like menagerie of internet-ripped samples.

Through the Internet Dreams website, the pair were able to bring the EP to life – or to its second life, at least. The website takes on the aesthetics of films like Hackers and Johnny Mnemonic, with the site adopting a straightforward command-line terminal to do things like downloading the tracks and accessing alternative content such as videos and an audio teaser.

Internet Dreams is out now via NLV Records
buy/stream it here.

Krewella Explore The Dark Side Of The Human Psyche With “I’m Just A Monster Underneath, My Darling” – New Single From Upcoming Album “The Body Never Lies”