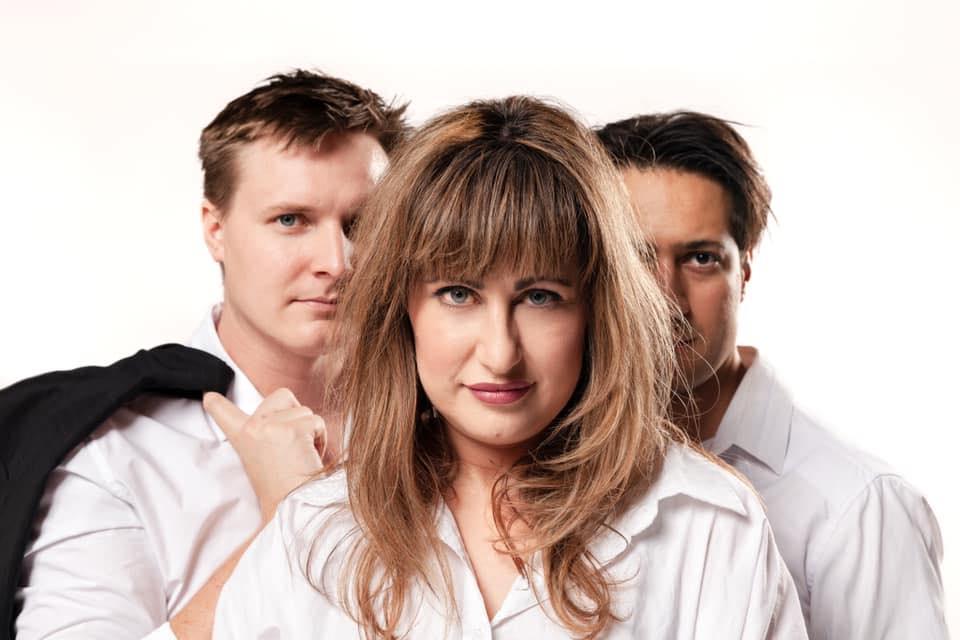 Vibrant and authentic, Bennie (Won’t Dance) has an engaging vocal provided by fellow musician / singer-songwriter meadowhip, that drives the dynamic indie-rock melody and jangly guitars, offering a tune of pure joy – equally perfect for an afternoon pick me up or groove on the dance floor.
Mark describes Bennie (Won’t Dance) as, “a bit of a tongue-in-cheek conversation with the audience. We’re acknowledging the fact that modern audiences love listening to classic tunes. So we’re saying, hey, we’re like those guys with a modern twist so come and dance to our music too!”
meadowhip’s latest single, Iconic, made its Triple J debut on Soul Ctrl with Tyrone Pynor on May 9.
The track was mixed and mastered by local musical polymath Ben Cauduro (Benjamino, The Francos).
Strawberry Swing had a big 2021. They released their debut EP, established themselves in the local scene and opened for artists including MAY-A, The Tin Knees, Tiarnie and Droves.
The boys aim to have an even bigger 2022 and Bennie (Won’t Dance) has them firing on all cylinders. The Wollongong/Dharawal duo will be following Bennie (Won’t Dance) with singles in September and December and launching it with a headline show at La La La’s in Wollongong on June 8, in addition to hitting the road on support duties throughout the year.
Strawberry Swing are well and truly living up to their goal of ‘more fun music in 2022’, with the release of Bennie (Won’t Dance) ft. meadowhip available in all digital stores on June 10.
​​Hailing from the shores of Wollongong, just south of Sydney, Strawberry Swing was founded by mates Mark Griffin (drums/lyrics) and Nima Dehghani (keys/vocals).

Strawberry Swing was founded with one goal, to make fun music. Mark and Nima started writing songs and took about a year before they got serious about putting together a full line-up. Their songs range from silly to sublime and everything in between, all with a sense of propulsive energy and strawberry vibes.

When they got offered their first gig in September 2020 they got serious fast, and threw together a full line-up and a full set. Since then they’ve played 11 gigs in under 6 months, recorded a debut EP and are getting ready to hit the recording studio again; with plenty more gigs to come.