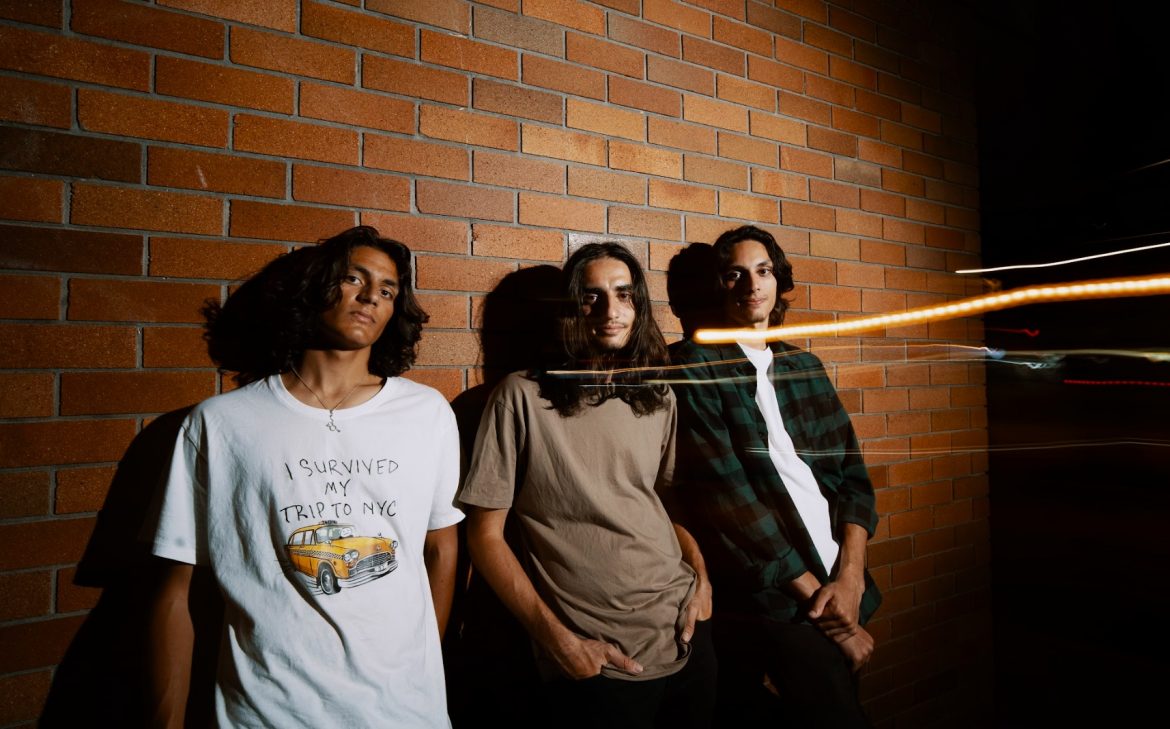 Where are you currently based?
Newcastle, Australia.
How did you first start playing music?
We all began playing instruments separately at a young age, as we got older we started jamming together just for fun. Eventually, this grew into a more serious passion and we officially launched Snowfish in 2019.
How did Snowfish form?
Sol and I (Jordan) had run through a revolving door of members that we had been trying to start something up with. Kalan was only 14 at the time but we could already recognise his talent. We decided it was time to bring him in, the rest is history.
Your new single ‘MAYBE’ is out now and is off your upcoming debut album ‘The Monster Upstairs’, what influenced the sound and songwriting for MAYBE?
Maybe is the token soft song on the album. It is placed in the middle of the tracklisting to give the listener a break from the dark and intense energy contained in some of the more energetic tracks on The Monster Upstairs. We took influence from artists such as The Smashing Pumpkins, Keane, and Radiohead, in particular their album OK Computer and especially the track ‘Let Down’.
How did you go about writing MAYBE?
The guitar line that opens the song actually continues throughout the entire track as a loop. We basically built the song from that one guitar line.
Where and when did you record/produce master and who did you work with?
We recorded the song in October 2021 with Jack Nigro at his studio in Coogee Beach, Sydney. The track was mastered by Darren Ziesing of Millenium Mastering.
What can we expect from your debut album?
Along with our 5 existing single, the album will feature 5 brand new tracks and an interlude. We all believe the new tracks are some of our finest work and can’t wait to share these with the world.
How is being an alt-rock band in Australia in 2022?
The Australian music industry typically favours surf and indie rock, we are fighting hard to bring some attention back to the beauty of the alternative genre.
What has been your journey so far?
Maybe is our fifth and final single from our debut album which will be out by the end of the year. In the time since we started we have performed over the east coast of Australia, sold out shows, received tens of thousands of streams, and played on commercial radio. We are excited for the next chapter of our journey.
What’s planned for the remainder of 2022 going into 2023?
We plan to tour Australia on a national level in support of the release of our album.
Who are you listening to at the moment?
We are listening to Mitski, Mom Jeans., PUP, glass beach, Royal Blood, Harry Styles, Daniel Johns, and more.
What do you like to do away from music?
We enjoy getting out and mountain biking or playing tennis, as well as gaming. Our drummer Sol is actually working on creating his own video game.
Favourite food and place to hangout?
We love mexican food and hanging out at gigs.
Socials: https://ffm.bio/snowfish
Snowfish – MAYBE (Spotify): https://open.spotify.com/track/6ryP9T42R06XKY0zyiy7uB?si=7185ba89dc114b33
snowfish
0 comment 0 FacebookTwitterPinterestEmail