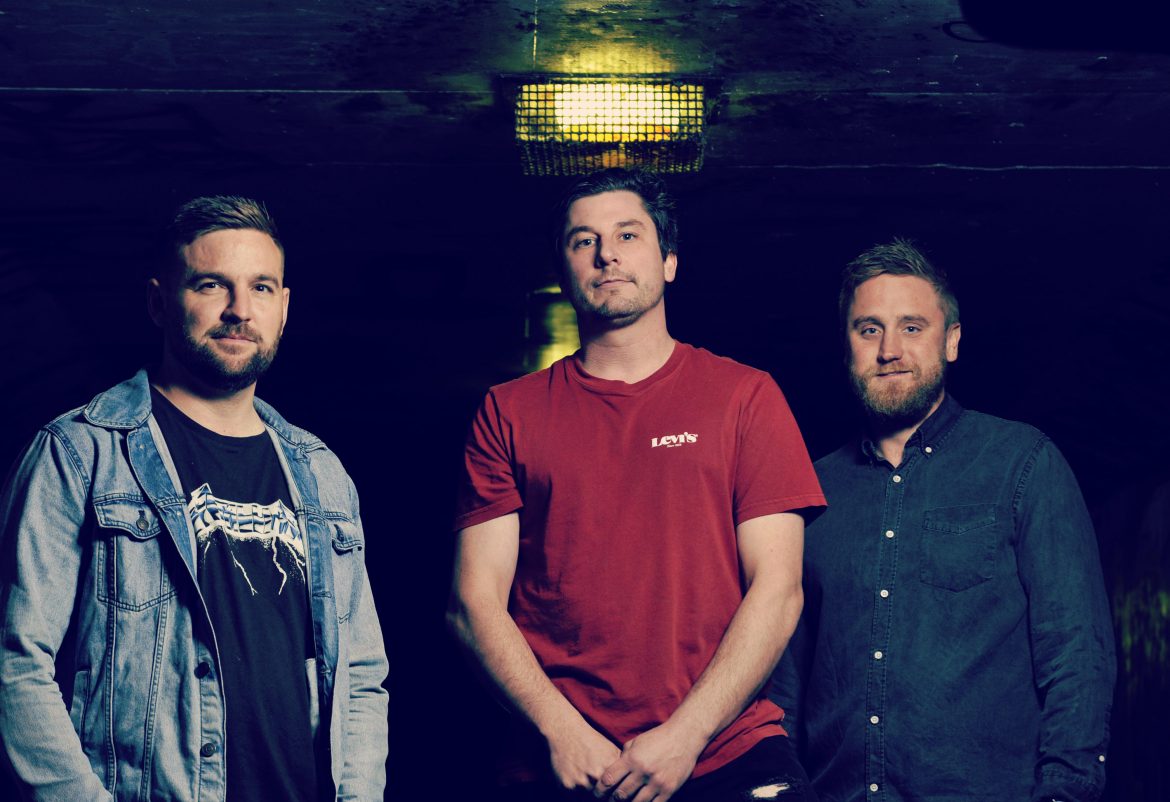 Long time friends and former band mates Alex Wadley and Alex Britton put the band together via messaging possibly every drummer in Launceston and eventually finding Daimon Shelton. After the first practise it was pretty clear that the line up was going to work both on a personality and skill level.

Recovering from covid, changing nappies, puppy training, and gearing up for the release of searching!

Your debut single ‘Searching’ will be released on May 20, what influenced the sound and songwriting?

Definitely influenced by the new wave of Aussie rock i.e. Slowly Slowly, Violent Soho (to whom we attribute our name), and of course fellow Taswegians Luca Brasi! But mixed with early noughties emo punk sensibilities  like Thursday, Thrice, Taking Back Sunday which is where my passion for songwriting(Alex W) really spawned from.  ‘“Searching” is a song about finding purpose, amidst the daily grind of the working week and the insecurities that we face to make wholesale life changes.  All lyrical content is based on personal experiences from my life that probably most average people go through, and in that way hopefully it is relatable!

How did you go about writing Searching?

I’m an instruments first, lyrics second type of songwriter, however in this case I had the lyrics written and needed something to inspire the instrumental. That came from playing around with different tunings which some of the students that I teach at school actually showed me. The guitar is in Open E tuning and I basically wrote four songs straightaway in that tuning which formed the basis of our live set and upcoming EP! So I can attribute this song to my students, they know who they are!

We worked with up and coming local launceston producer and recording engineer Doug Briton at his home studio, and started that process in early 2021 so it has been a long, but rewarding process. We then used Grammy Award winning engingeer William Bowden form “King Willy Sound” to master our tracks. William is Launceston based and it is pretty exciting to work with someone of his calibre locally.

Given that Doug has been a friend for a longtime this allowed us to basically use his studio as a drop-in centre, as working around life commitments means that it is sometimes difficult to dedicate a week or two to the whole recording process. We definitely wanted a polished sound that explodes from the speakers and we think that we were able to achieve that!

Please tell us about your upcoming 5 track EP:

Our full EP will be released late June, and we’ll release a second single before that possibly in the next few weeks. There are five tracks, all with a uniqueness that will hopefully sustain interest form start to finish, and all songs inspired by deeply personal experiences. There’s dark moments, lighter moments but most importantly the music itself is (hopefully) uplifting and anthemic which for me is what I look for in my music tastes.

Turnstile’s new album is outrageously good, most recently, however, Cosmic Psychos. Put on their “Blokes You Can Trust” documentary and you will not find an hour and half of content on youtube more engaging I promise!

We’re all pretty diverse in what we do away from music, Britto our guitarist is pretty busy training his new puppy and co-owning/operating local restaurant Levee Food Co. Daim our drummer is a huge car man and also a brilliant photographer. I myself love nothing more to spend time with my wife and son and as a day job teaching music!

Ep Launch in July, then as many gigs as we can fit in before the end of the year, then write another EP! We’re really hoping to play some shows on the mainland, so contact us if you need to fill a lineup!

Sneaky walk along the Seaport (as long as the tide is in…#fixthemud) and a nice coffee and feed at Levee Food Co. 🙂