SAM FENDER RELEASES NEW SINGLE ‘THE BORDERS’ AND NEW VIDEO FOR ‘WILL WE TALK?’ DEBUT ALBUM HYPERSONIC MISSILES OUT SEPTEMBER 13 “Impassioned observation of political unrest and mismanagement that is wrapped in perfect-pop melodies.” – The AU Review

“Uniting powerful lyrics and anecdotes on social issues and politics with a guitar-driven, indie-pop sound.” – Pilerats

“Fender really can write songs. His singles, such as Hypersonic Missiles (also the name of his forthcoming debut album), are lethally catchy – like a more brooding Killers coupled with a boyish, brass-loving Bruce Springsteen.” – The Guardian

Today, rising UK superstar Sam Fender sheds a little more light on the music from his debut album, Hypersonic Missiles, with the release of a new track, ‘The Borders.’

‘The Borders’ is the final song to be dropped ahead of his debut album release, and is arguably the most hard-hitting track in a record that’s littered with them.

‘The Borders,’ Sam’s personal favourite track on Hypersonic Missiles, is a chest-punching story that looks a little closer to home. At once deeply personal, traumatic even, Sam tells a story of two boys growing up together and then going their separate ways. Memories inferred but not directly addressed. It’s a storming tune with a powerful story, as so many of Sam’s songs are.

Hypersonic Missiles was written, recorded and produced at Fender’s own self-built warehouse studio in North Shields, and recorded alongside long-standing friend and producer, Bramwell Bronte. The album will be released September 13 via Dew Process / Universal Music Australia.

The release of ‘The Borders’ also follows on from the release of the brand-new video from Fender for his latest single ‘Will We Talk?’

Sam Fender is a rare talent. A 25-year-old working-class musician from the North of England who plays every gig as though it might well be his last, armed with this huge, cavernous vocal, guitar strapped on (a Fender, obviously), and fuelled by that seemingly old-school belief that great guitar music still has the power to change lives and influence people.

He dropped out of school early and found work behind the bar in a local Shields pub (“a drinking town with a fishing problem” he’s joked on more than one occasion). He was discovered by his eventual manager when the pub’s landlord, recognising him, nudged Sam to go fetch his guitar and play something. Fender, usually castigated for musing on a guitar during work hours, picked it up and belted out two or three songs of his own. The pair have worked with each other ever since.

There’s a loose thread that has run through all of Sam’s songs to date and that’s in the focus of his lyrics. Observational, questioning and socially engaged, Sam has an innate gift for simplifying matters of the newsworthy and topical. “I don’t have answers only questions” he clarifies on the eyebrow-raising multi-vocal layered new track ‘White Privilege’, but there’s a canny simplicity here that seems to be touching and speaking plainly to people in their hundreds of thousands. Those words reflect conversations occurring right across the globe, amongst friends in cafes, pubs, and out on the terraces. Frustrations. Misunderstandings. Despair.

‘Dead Boys’, a song that really raised the stakes for Sam soon after signing his record deal, tackles the taboo of male suicide. Having lost close friends to the epidemic and read up on the matter to better understand it, Fender was compelled to address it head on in song. It’s touched a nerve, and got people talking. It’s done what good music can do and already become far bigger than just a belting tune.

It’s a brave record too, with some of its subject matter cutting deep into the grain. ‘The Borders’ recalls, “[you] pinned me to the ground/eight years old with a replica gun pushing in my skull saying you’re going to kill me if I tell/Never did and I never will/that house was living hell” and ‘you can’t stand me. I can’t stand me too.’” It’s wrapped inside a direct and propulsive driven anthem, with sax flourishes in homage to his hero Bruce Springsteen. These are despatches from a gloomy and oft forgotten northern town, pea-soup fogged by hardship and a distinct lack of self-belief amongst its people.

‘Will We Talk?’ chugs incessantly evoking the smash-and-grab sound of New York, but replaces the imagery of those bustling sidewalks with the WKD-drenched, neon-lit gutters of Newcastle. If it’s not already, this is destined to become a sturdy live favourite. A sub three-minute rock’n’roll anthem.

On the album Hypersonic Missiles, there’s a sense that there are far more of those revelations still to come. Make sure you’re ready for them when the album is released, September 13. 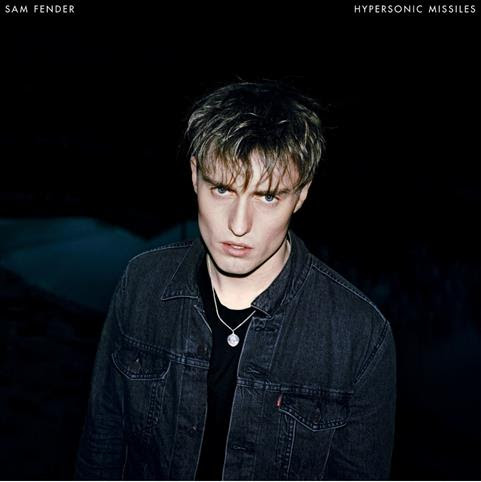