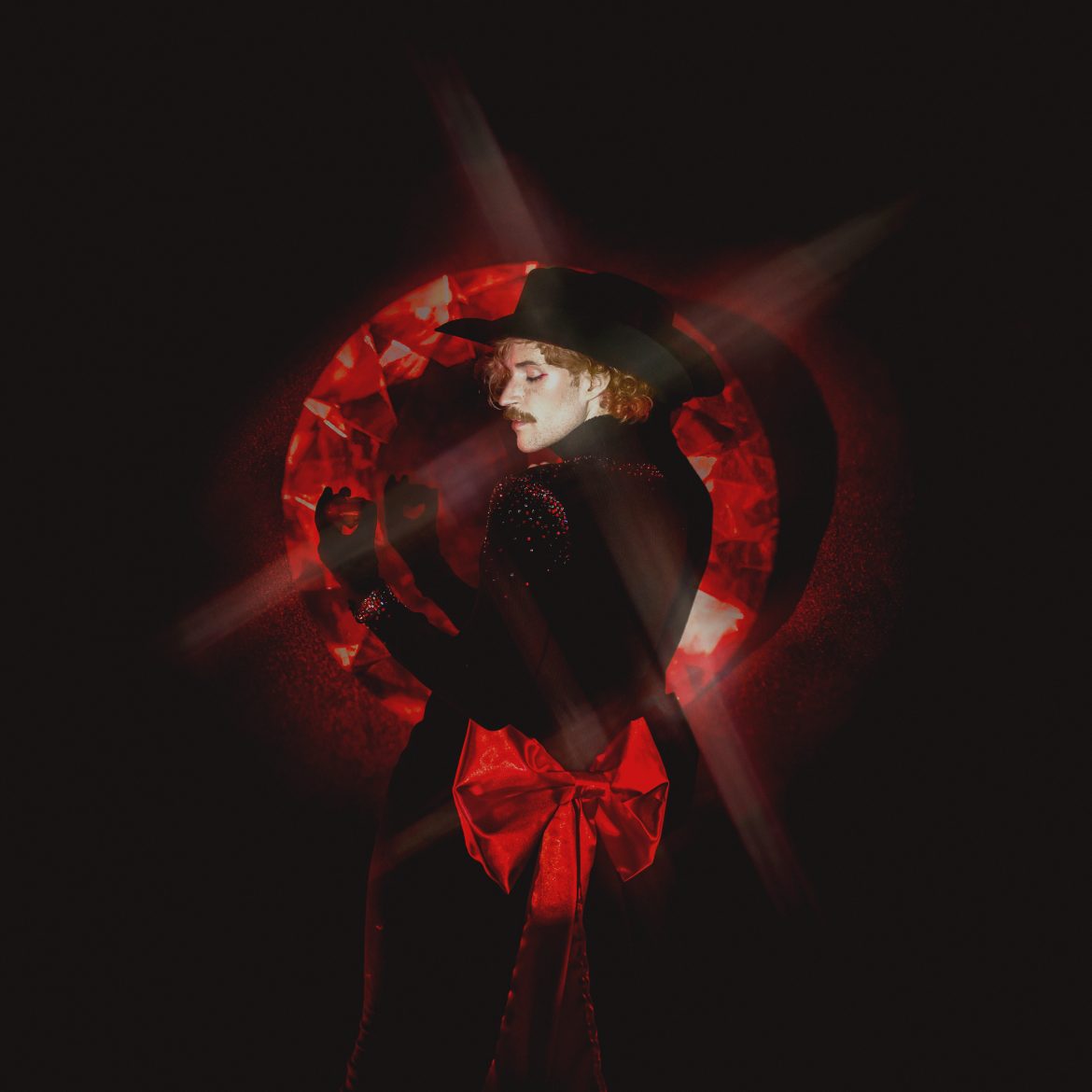 Sporting western Canada’s iconic white stetson and illuminated in rodeo crystal, Robert Adam crafts records with a reverent respect for traditional country music, while infusing an accessible, modern tone – and one thing is guaranteed, Robert is the most gritty, pretty cowboy you’ve seen.

“Don’t Touch My Rhinestones”, will be his second single release on the road to his long awaited “Baby Blue” EP. This song is sure to highlight his sweet and salty vocals bedazzled with a message of standing one’s own ground and finding self empowerment. Robert Adam serves lyrics of sharp wit, and supreme sass on a platter of old school outlaw country. Timeless guitar tones, wailing pedal steel guitar, full girl group background vocals, eccentric wurlitzer, honey toned B3 all lay out the stage to Robert’s fierce sweet and salty lead vocals. Gleaning on a clear inspiration from old school seventies country, Rob’s prairie queer aura shines like a star, and sets a modern tone of inclusivity for both seasoned country listeners and those who may not have been welcomed by the genre in the past.

Whether it’s rhinestoning his outfit or graduating with honours, he is anything but one dimensional.