Out Friday July 14 On COunter Records Via INERTIA MUSIC

Grammy award-winning artist RAC (pronounced Ar-Ay-Cee)—known as André Allen Anjos—will release his highly anticipated new album EGO on Friday July 14 on Counter Records via Inertia Music. With its lush, nuanced indie-electronic production, EGO is André’s most ambitious, cohesive and personal work to date. A direct focus on songwriting has accounted for the record’s intimate but full-lunged tone, as heard on second single “I Still Wanna Know”, featuring vocals and a guitar solo from Weezer’s Rivers Cuomo and additional production by Classixx.

Anjos recently released the first single, “This Song” (featuring Vampire Weekend’s Rostam) off his new album, which reached #1 on the HypeMachine Popular Chart and received radio play from Jason Bentley at KCRW, Huw Stephens at BBC Radio 1 and triple j.

Recorded between Anjos’ home studio in Portland and sessions in Los Angeles, EGO chronicles his organic progression beyond the more dance floor-oriented with collaborations from Weezer’s Rivers Cuomo, Vampire Weekend’s Rostam, MNDR, St. Lucia, KNA, and Joywave among others. The album title “‘ego’ can have a negative connotation, but I think of it as an exploration of self,” Anjos explains. “The album is really me figuring out what I personally wanted; I felt free to do whatever.”

Born and raised in Portugal, Anjos studied piano and guitar in his teens and played in local bands. He moved to the U.S. to study music business at Greenville College in Illinois before settling in Portland, Oregon. Anjos founded RAC while in his college dorm and has since gained an audience creating remixes for Lana Del Rey, Yeah Yeah Yeahs, Ellie Goulding, Foster the People, Phoenix, Imagine Dragons, Two Door Cinema Club, The Shins and label mates ODESZA, among many others. Anjos received his first Grammy nomination in 2016 for his remix of ODESZA’s “Say My Name” and this past year won a Grammy for Best Remixed Recording of Bob Moses’ “Tearing Me Up”, making him the first Portuguese artist to win a Grammy. 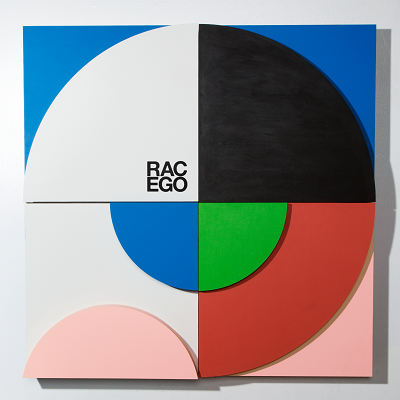 EGO by RAC is out Friday July 14 on Counter Records via Inertia Music
Pre-order it here: https://Inertia.lnk.to/RAC_EGO