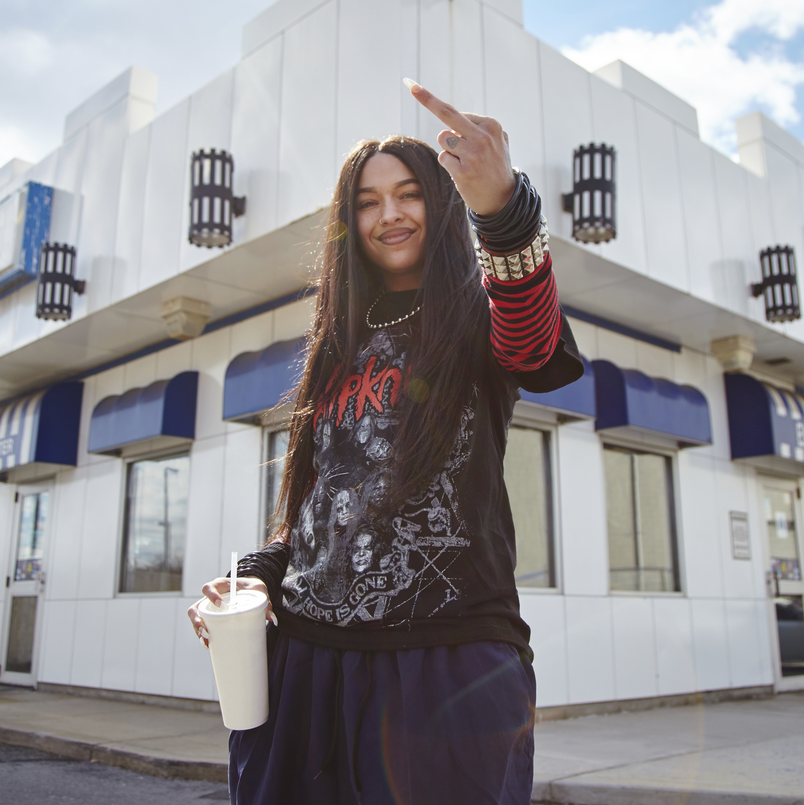 Princess Nokia has been releasing music via Youtube and Soundcloud since she was in High School and catapulted herself to the next level with last year’s critically acclaimed rap opus 1992 Deluxe – selling out venues across the globe and steadily gaining tens of millions of streams.

“Black people created punk – the band Death was way before The Ramones,” Destiny stated in a recent interview. “If you think about it, the wool has been pulled over our eyes. This is our shit. Very naturally, that’s why we return to it.” Drawing on influences as varied as the introverted acoustic sounds of Elliott Smith to the bombastic pop-punk energy of Paramore – A Girl Cried Red showcases another fully-formed side of Destiny that still taps into the uncompromising feminist ideology of Princess Nokia.