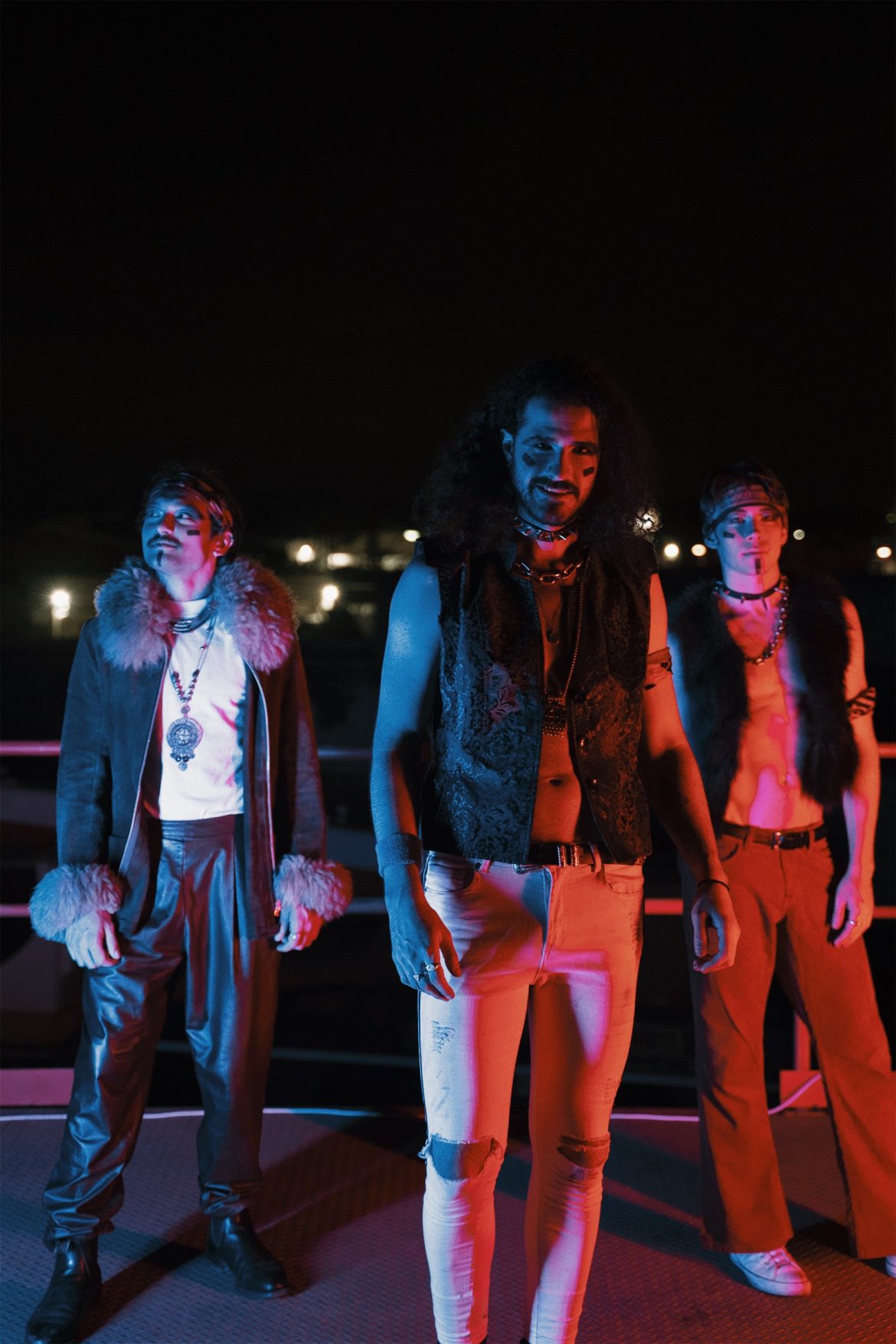 Where are you currently based?
We’re currently based in the thriving scene of Brisbane/Meanjin.
How did Planisphere come about?
The band started out originally under the name ‘Canondrome’ as a two piece, chasing that more rawer fuzzy rock garage sound. Then unfortunately Sam [drummer] had to relocate to Melb, and with the addition of Jai [synth] and Kane [drums] we are where we are today going for that electronic influenced heavy rock.
What’s been happening recently?
Heaps! The new EP came out last week so we’re still stoked about that, and we’re tuning up the live show for the joint release event on 22/07 with our mates Dad Fight at Black Bear Lodge.
What’s the title of your new EP?
The new EP is called ‘Fame or Tragedy’.
Please tell us about what influenced the sound and songwriting?
The sound and songwriting is a bit of a melting pot of modern rock/metal, electronic and punk music we’re listening to and each track was sort of influenced by a different aesthetic/sound. Commander is very 80’s synthwave ft a guitar solo.  Underneath came from a punkier Death From Above/drum & bass place, and Fury was more inspired by recent danceable rock by bands such as Royal Blood.
How did you go about writing the music?
For these tracks and most others the process generally starts with a jam and a single theme/idea/beat that we latch onto, and build the song around that! Underneath and I’m Not Trying to Be Mean were quite older ideas that we picked up from the archives and dusted off, so it’s great to see them come to fruition.
Where and when did you record/produce/master and who with?
The EP was recorded and mixed by Brock Weston [Bugs], and mastered by Joe Carra at Crystal Mastering in Melbourne.
How did you approach the recording process?
The recording process itself was pretty simple once we got to it.  Over 2 days we tracked all drums and 90% of guitars.  Then Lorcan & Jai went away and recorded the vocals, synths, remainder of the guitars and any other overdubs separately at home and sent them in to be mixed with the rest of it.
What does this EP mean to you?
For us this EP represents the transformation of our sound from the rawer rock sound into something more refined with the incorporation of electronic elements to broaden the sound.  It’s the first step in that journey and although we’ve already written more material with what we see as constant improvement, we’re still very proud of the body of work.
What’s your favourite track on the EP, where do the ideas come from for that track?

One of our favourites is Red Eye.  We feel it’s a great change of pace on the EP, and features Morgan Francis singing the 2nd verse from the band Lost Goat Found.  It started out as a simple idea on acoustic guitar, inspired by early Methyl Ethyl with their ethereal plucked guitars drenched in reverb creating such a haunting atmosphere.  There was also a fair amount of influence from electronic acts like Rufus, within the synth pads that swell around through the whole track, helping lift and lower the energy with the vocal while the drums just keep the groove going.
What do you like to do away from music?
Vinos & fine dining, plunge ourselves in the ocean and cut aggressive shapes on the d-floor.
Who are you listening to at the moment?
Lorcan is listening to alot of Australian metal at the moment, such as Thornhill, Northlane etc. Apart from that we’re also loving new albums from Florence + The Machine, Foals, Jack White, Slumberjack, Kendrick & Flume.
What’s planned for the remainder of 2022 going into 2023?
Play lots of shows, record some more music and write more dance punk heaters!
Favourite food and place to hangout?
Tomcat (best local band venue in The Valley) or our rehearsal space. Food has gotta be GYG.
https://linktr.ee/PLANISPHERE.BAND
0 comment 0 FacebookTwitterPinterestEmail