Pizzagirl is your prom king on ‘blossom at my feet, flower’ | ‘season 2’ EP out 30th Nov The steady stream of singles that have stewarded Pizzagirl’s jaunt through the faux 80s filmic universe he’s created, in the build-up to releasing his season 2 EP, comes to its natural conclusion with a power ballad. On blossom at my feet, flower Pizzagirl, AKA Liam Brown, is your shy, sensitive prom king, swinging by to take you out for the retro night of your life.

It’s the final teaser trailer before the entire season 2 box-set drops on 30th November, courtesy of the Heist or Hit network – don’t sleep on the audio-visual event of the year.

Another clear manifestation of his vision, and the niche space he’s occupying between 80s teen-film nostalgia, 90s dial-up internet culture and the modern meme age, the track owes as much toPhil Collins and Janet Jackson as it does to fellow purveyors of wide-eyed bedroom-pop,Clairo, Boy Pablo, Gus Dapperton.

Selling the tune to the masses, Liam pitches:

“We’re coming up to the emotional single finale in the season 2 boxset journey! So sprinkle some rose buds on your thrift store sofa, turn on your cable TV set and download the saddest straight to dvd re-run that never made it to air “blossom at my feet, flower””

From the confines of his bedroom studio (AKA The Beatzzeria) in Liverpool, Pizzagirl’s musical mind wanders through the decades and over the Atlantic. Capturing the wistful, romantic reminiscence and coming-of-age sentiment in classic Brat Pack era films it’s as though Pizzagirlhas planted himself as a character in a John Hughes screenplay.

Sophomore EP season 2 is the follow up to acclaimed debut EP An Extended Play, released at the top of the year. This earned Pizzagirl numerous not-so-secret admirers. Champions came in the form of Huw Stephens, Annie Mac, Lauren Laverne and more across the airwaves, as well as Noisey, DIY, Highsnobiety, Wonderland plus dozens of others in the blogosphere. With a tour supporting Her’s up and down the land to boot, there are multiple levels to the ever-growing platform from which Pizzagirl can now dive further into the cosmos.

He maintains his flair for channelling through his music and visuals the extroversion of 80s electronica, late 90s internet culture and US East Coast sad-indie introversion, calling to mind the likes of Porches, Frankie Cosmos both in esoteric sound and DIY work ethic.

Overall it’s a small operation. With the help of a thrown together flatpack mini studio, Pizzagirlwrites, records and produces all of his music and visuals from the comfort of his home. His best mate shoots his videos and his mum takes his press shots.

Through December Pizzagirl will be taking his show on the road with a series of UK tour dates, standing solo on stage, accompanied only by his trusty laptop, guitar and sequencer, displaying the lonesome idiosyncrasies of an introvert married with the larger than life extroverted nature implied by his eccentric, zany and often pensive pop tunes.

blossom at my feet, flower is released by Heist or Hit today, and is taken from Pizzagirl’sseason 2 EP, out November 30th. 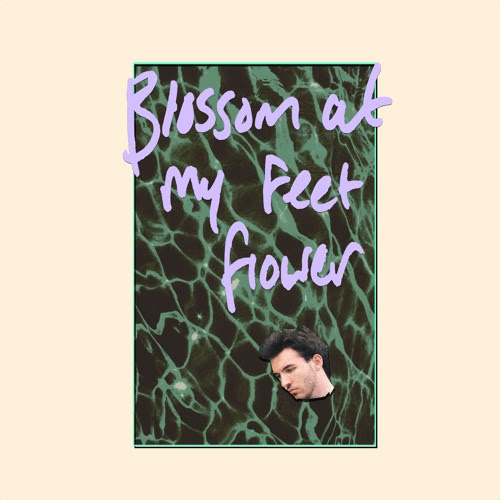