Phoebe Bridgers will release her debut album Stranger In The Alps on Friday September 22 on Dead Oceans via Inertia Music. Official first single “Motion Sickness” can be heard via a lyric video – directed by her brother, Jackson Bridgers – now.

“Motion Sickness” follows Bridgers’ early 2017 single “Smoke Signals”, which will also be featured on Stranger In The Alps and which has drawn high praise from outlets including NPR Music, Billboard, NYLON, Stereogum, and The Los Angeles Times, among others.  The song is available as an instant grat download with pre-order of the album.

Produced by Tony Berg and Ethan Gruska, the ten haunting and introspective songs on Stranger In The Alps further introduces the 22-year-old Bridgers as a singular voice. There is a delicate balance to her work, a dance between veiled narratives and earnest emotions, between whispers and shouts. Throughout the album, Bridgers contemplates and reflects on personal experiences through her unique lyric writing perspective: there are overt references to lost idols, canonical pop songs and actual incidents, but her stories unfold through specific, evocative imagery sung in her subtle, confessional style. And according to Bridgers, everything you hear has arrived by feeling; her music is what comes when she is at her most honest, without specific intention, and she aims to be in her songs the person she is in the world.

“I wasn’t trying to be too lo-fi, too hi-fi, too self-serious, too disingenuous…I feel pretty confident that I’m finding my voice,” says Bridgers. “I wanted the album to completely represent who I am and these songs are representative of what I set out to do.”

Stranger In The Alps also follows Bridgers’ 2015 three-song single “Killer”, produced by Ryan Adams in his L.A. studio and released on Adams’ Pax-Am label. Since early 2016, she’s toured with Julien Baker, Conor Oberst (who also guests on Stranger In The Alps track “Would You Rather”), and Adams, among others. 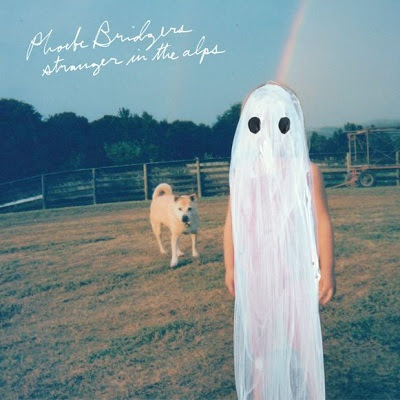