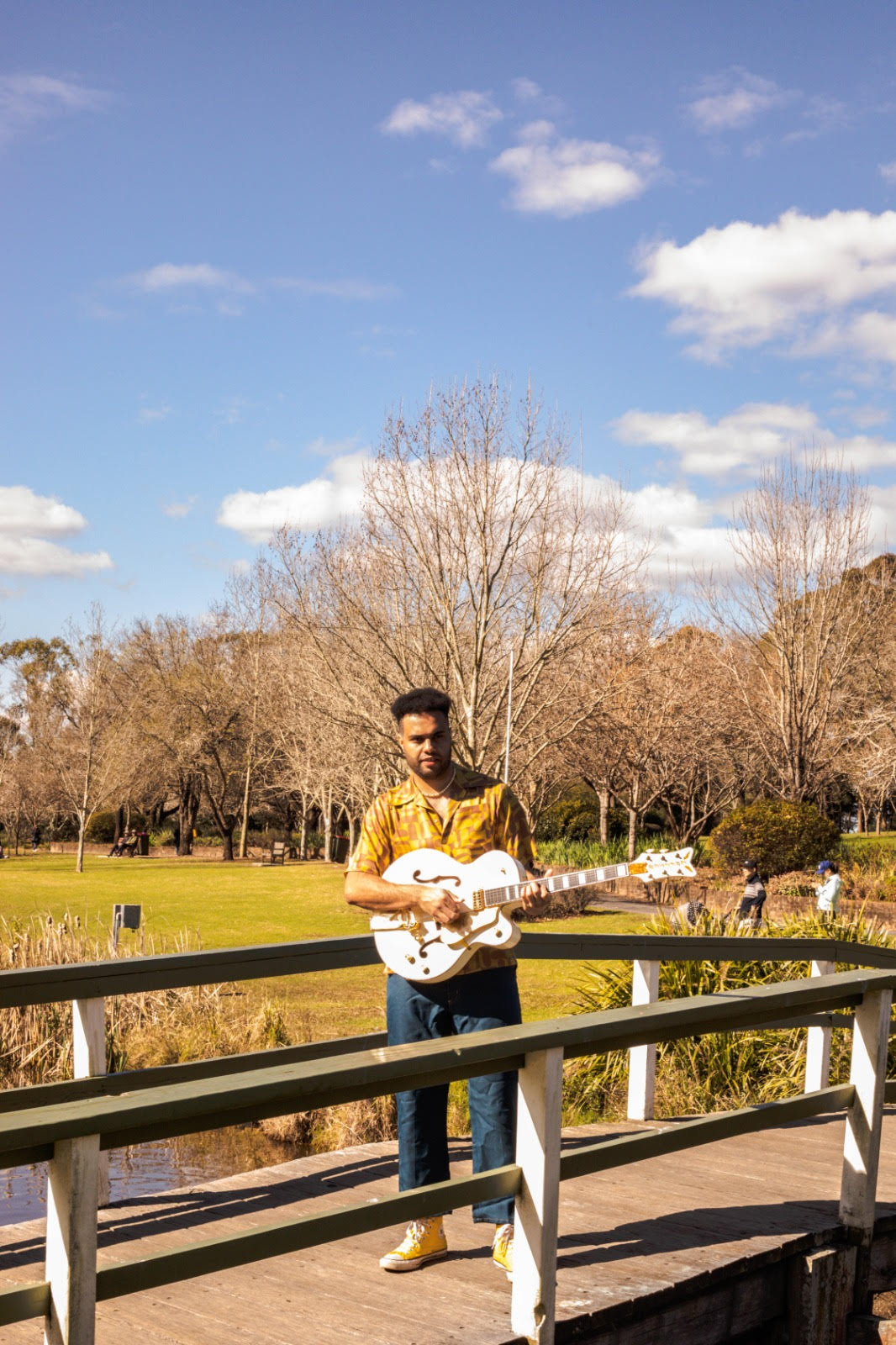 This sentiment extends to the music video, where Joji continues “I wanted to film a video for Count To 10 that really highlights where I grew up. As a kid moving from Fiji to the Hills District of Sydney, my family and I had this hope that we were entering into the ‘promised land’ of opportunities. As great as the move was in a lot of ways, the hills also facilitated a lot of hardship for us. It was really cool to film the video in my hometown representing 2156 / 2155 as it’s been a huge part of my story and has shaped a lot of who I am. It’s west but it ain’t western Sydney, but this place is me!”

‘Count To 10‘ is Malani’s latest preview of his rich creative world as Pei, following the recently released ‘Themesong‘ and ‘Honest‘, each embraced across NME, Clash, triple j, Unearthed, Rolling Stone, The Australian, Pilerats, Music Feeds and more. Inspired to express himself narratively and lyrically in ways unlike ever before, Pei’s Pageant is a dialogue with Malani’s cultural and creative identities, propelling his craft through his Fijian identity – one that many have yet to meet. In that way, Pei is Malani’s homecoming. Threading the naivety of infancy with a palpable humility in starting from scratch, Pei’s debut is a gratifying listen in watching someone experience their firsts, for a second time.

Due this October 10 via Broth Records – home to recent impressive debuts from Coconut Cream, Meteor Infant, Morgues, Angeles, Alex Rzyan and more – Pei’s Pageant freely explores a variety of sonic influences from bright, rich production; orchestration that can swing between the exuberant and borderline ambient and country balladry and at the core, there is Pei’s vocals – heartfelt, direct and confident. More than just a passion project turned big with his band The Pageant in tow, Pei steadies for his world debut.

Relocating from London to Sydney, where he had been based since 2016, Joji nestled up inside the home studio of close friend and longtime collaborator Tim Fitz after almost a decade of writing in studios and touring the world. Weaving contemporary indie, pop and rock influences with the memories and influences of his Fijian culture with natural ease, Pei’s Pageant arrives produced alongside Fitz, backing vocals from Hannah Joy (Middle Kids) arrangements from Macie Stewart (Whitney, Ohmme, SZA, Chance the Rapper), mix engineered by Antonia Gauci (Daine, Troye Sivan, Kesha) and mastered by Grammy-nominated Ryan Schwabe (Pussy Riot, Shamir, Oneohtrix Point Never).

‘Count To 10‘ is out now via Broth Records, buy/stream it here.