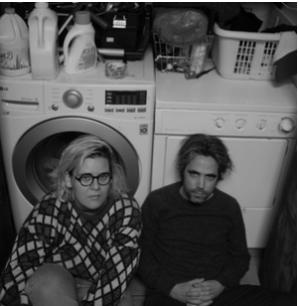 This is the first collaboration between the artists and they relished the experience. “Safia and I got together in this November weather and wrote this song to share with you all,” says Patrick. “I love working with my friends, explains Safia, and it was the first time I worked with Pat. I’m really pleased because the result is wonderful!”

One of Patrick’s latest singles, ‘Broken’, released last year was featured in many TV series including Grey’s Anatomy, The Good Doctor and Burden of Truth. Watson composes, performs and records his albums with his full band of almost a decade, which includes Joe Grass (guitars), Robbie Kuster (drums/percussion) and Mishka Stein (bass). The recipients of Canada’s elite Polaris Music Prize in 2007, Watson and his band have toured on 5 continents, also playing with full orchestras on many occasions. Raised and still living in Montreal, Watson himself has composed several scores for both film and television, including a trailer for “The Walking Dead” and Wim Wenders’ 3D film “Everything Will Be Fine”. Last year he performed in Tower of Songs, a tribute concert to Leonard Cohen in Montreal with Sting, Lana Del Rey, Elvis Costello and more. Patrick and his band are currently recording the next album set to be out sometime in 2019.