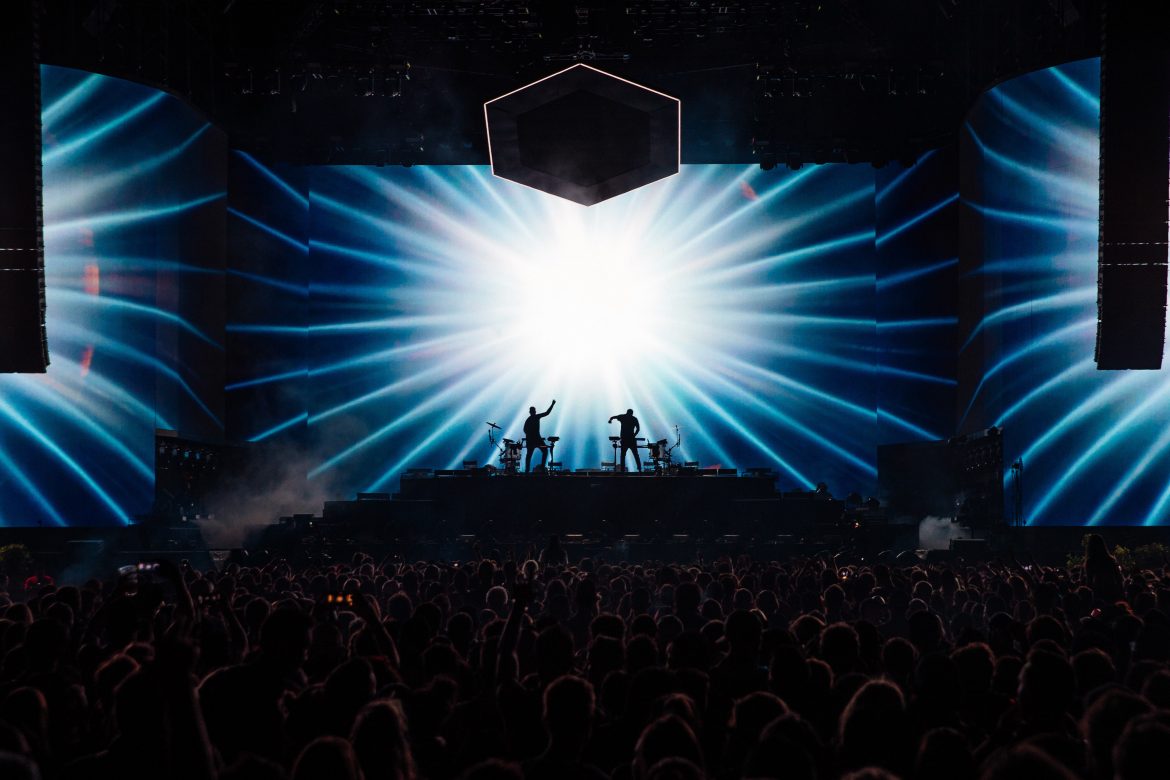 After a Coachella weekend full of critical darlings and fan favorites, ODESZA’s Sunday night set was a one-of-a-kind stand-out — an immersive, cinematic experience which further solidified Billboard’s claim that they “rightly be regarded as legendary.”

Midway through the show, 420 Intel Shooting Star drones powered by HP Workstations flew in a coordinated animation in sync with ODESZA’s music. This marked the first time the Intel drones have flown during a live performance. The Intel Shooting Star drone is purpose built for light shows with built-in LED lights that can create more than 4 billion color combinations.
Watch a fan video here.

The duo upped the bar of electronic live performances – Time Out LA
The group managed to captivate their sizable crowd with an ambitious and cinematic stage show that plunged viewers into deep space from the onset…dropping jaws across the festival grounds. – Billboard
ODESZA delivers a milestone performance – Dancing Astronaut
They never disappoint. The electronic duo turned Coachella Stage into a giant rave with their dreamy, widescreen anthems and mind-bending beats. – Idolator
ODESZA put on award-worthy performance on Coachella’s main stage – Your EDM
A truly iconic moment for the duo and will most definitely go down in Coachella history. – EDM.com