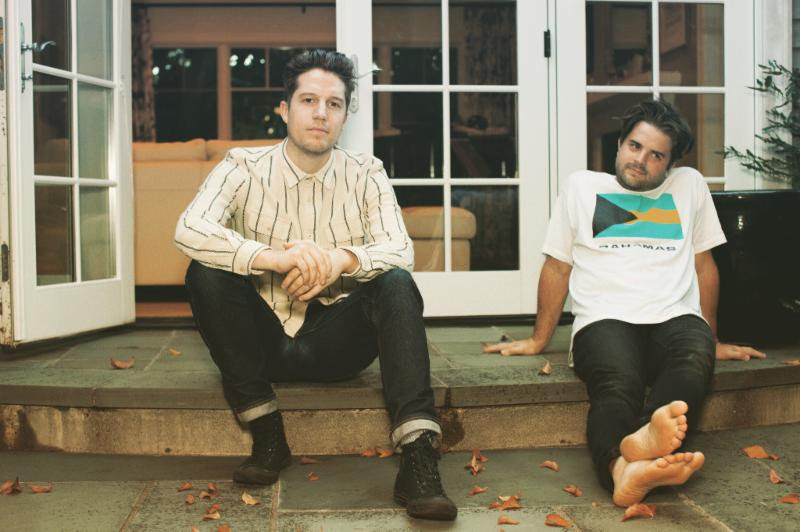 Seattle dream pop duo, Ravennas, releases of “Washed Away,” a upbeat song that captures the transition to spring. Ben Grant and Paul Dutton have been making music together since grade school, from drum lessons to junior high jazz band, cultivating the kind of collaborative chemistry that cannot be taught. Dutton’s theory expertise and instrumental mastery elevate Grant’s guttural, artistic instinct; the result is a boldly textured audial tapestry guaranteed to take them far.
The song, which was co-produced by the Seattle-based band with the assistance of acclaimed artist, DoM (also known as Dominic Cournoyer), is powered by breezy electronic atmospherics and a mellow pacing. DoM also produced the duo’s first single “Meet in a Garden.” DoM is re-emerging and was recently under the spotlight in Noisey. The notable alum of Pitchfork’s Staff Picks,Spin’s 20 Best Songs of Summer and Rolling Stone’s Top 10 College Radio Picks who has opened for Ratatat and been re-mixed by Gucci Mane. Longtime fans, Grant and Dutton noticed DoM’s musical dormancy and reached out as optimistic fans, only to become ecstatic collaborators. Dutton explained,”DoM has a profound ability to follow his instincts and started shaping the song, shortening different sections and vibing the song out more so that it wasn’t so clean and dry.”
Grant elaborated, “If you would have told Paul and I two years ago that we would release a song produced by one of our favorite artists, DoM, we probably would have laughed. Now it’s a reality and that’s really empowering. One of my takeaways from all this is that everyone should listen to their instincts and take action to make things happen.”
DoM said of the process, “I have ghostwritten, produced and co-written for other artists in the past, but it makes it much more fun when the people you are working with are chill and know what they want. The process was great.”
Soundcloud: https://soundcloud.com/ravennas/washed-away
Spotify: https://open.spotify.com/track/7ivYikkPEulfUGreJdTiXv?si=-ro80d7wQACcMG1OlOLe6Q
YouTube: https://www.youtube.com/watch?v=-ifXroWsIzw
Ravennas
0 comment 1 FacebookTwitterPinterestEmail