Myles Brando ‘You Got It’ Premiere 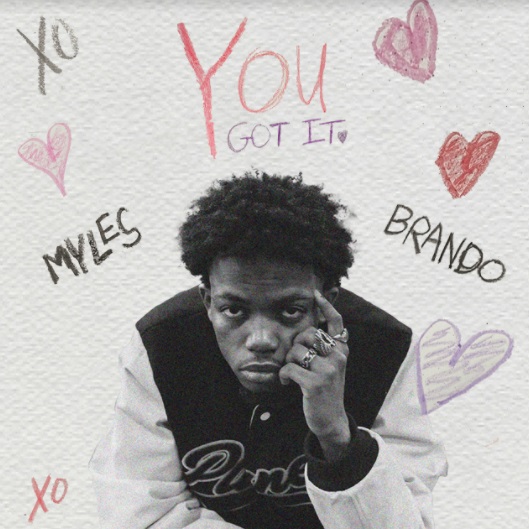 Brandon Louisor, aka “Myles Brando”, is a Vocalist/ Hip Hop artist, and producer from Canarsie, Brooklyn. At 18 years old, Myles has created a sound that bridges several genres of music coupled with a contemporary feel. When he was 12, and with the encouragement of his aunt, Myles auditioned and was accepted into the Young People’s Chorus of NYC (YPC) where he performed at: Carnegie Hall, Lincoln Center, and The MET. Through his YPC training and natural talent, Myles was accepted into the vocal studio at Frank Sinatra School of the Arts in Long Island City, NY. Currently, Myles is a freshman attending the inaugural class of Roc Nation’s School of Music, Sports, & Entertainment at LIU-Brooklyn Campus.

Myles is set to release his first full project in 2022; in collaboration with Grammy-nominated producers Chris Styles of Dangerous LLC (50Cent) and Bruce Waynne of Midi Mafia (50Cent, Frank Ocean, and Fantasia).

Vermont are back with angsty new single “Over Our Head”