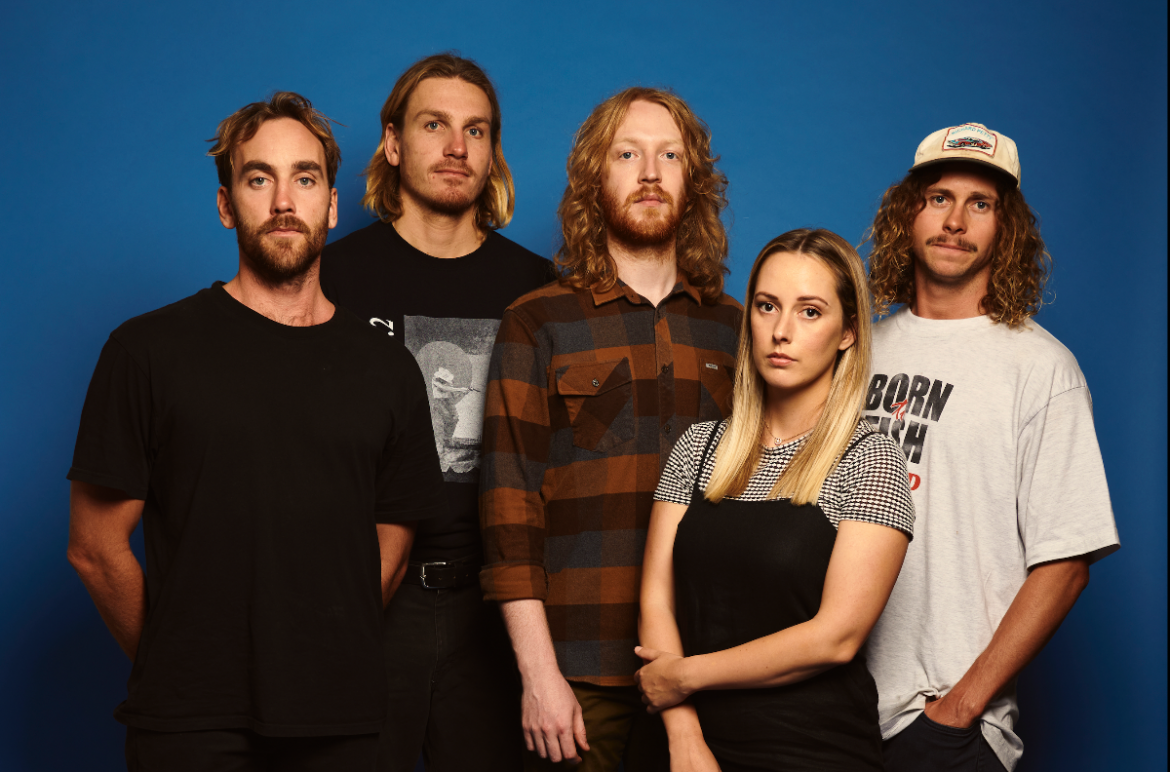 On the back of their triumphant return, Sydney’s alt-rock outfit Mild West are welcoming 2022 with their follow-up single ‘Nightfall‘ as well as announcing their highly anticipated debut album Machine Learning.

A sonically unexpected change from Mild West’s usual sound, ‘Nightfall’ utilises an irresistible pop-structure that oozes unexpected elements of disco and synth-pop goodness. Conceptually, ‘Nightfall’ explores entropy and the grand scale of time. Using driving synths to craft a rich sonic palette, Mild West captures the often unforgiving passage of time – days turn to night, winter to summer and years to decades, without regard for plans or expectations. A favourite among Mild West, ‘Nightfall’ has been perfected over three years and countless live performances. ‘Nightfall has been one of the band’s favourites to play live for a while now and it’s exciting to finally get the studio version out into the world,’ explains the band.

Listeners will have the opportunity to delve deeper into Mild West’s introspective and futuristic universe, as today the band announce their upcoming sophomore album, Machine Learning, due Friday 22 April. The ten-track atmospheric masterpiece explores the themes of technology and its contradictory ability to both improve and hinder society. In the band’s own words ‘Machine Learning is a record that focuses on different aspects of technology, and the way in which it can both improve and harm our lives in the modern world. Machine Learning strives to create a picture of the not too distant future and highlight the potential dangers and benefits that may come from humanities innovation in the 21st century.’

After their long hiatus, Mild West wasted no time in getting back to the swing of things. Their previous release ‘Life Again’ was praised by The Revue, AIR and Rawing in The Pit and the band embarked on a headline regional tour of New South Wales. Known for their energetic, awe-inspiring live performances, Mild West were previously hand-chosen by triple j Unearthed to play Festival of the Sun. They have also shared the stage with some of Australia’s favourite acts at Byron Bay’s renowned Falls Festival, as well as opening for Ruby Fields on her 2019 national tour.

With an album, more live shows and plenty more surprises on the horizon, 2022 is on track to be the year of Mild West.

‘Nightfall’ is out EVERYWHERE now.