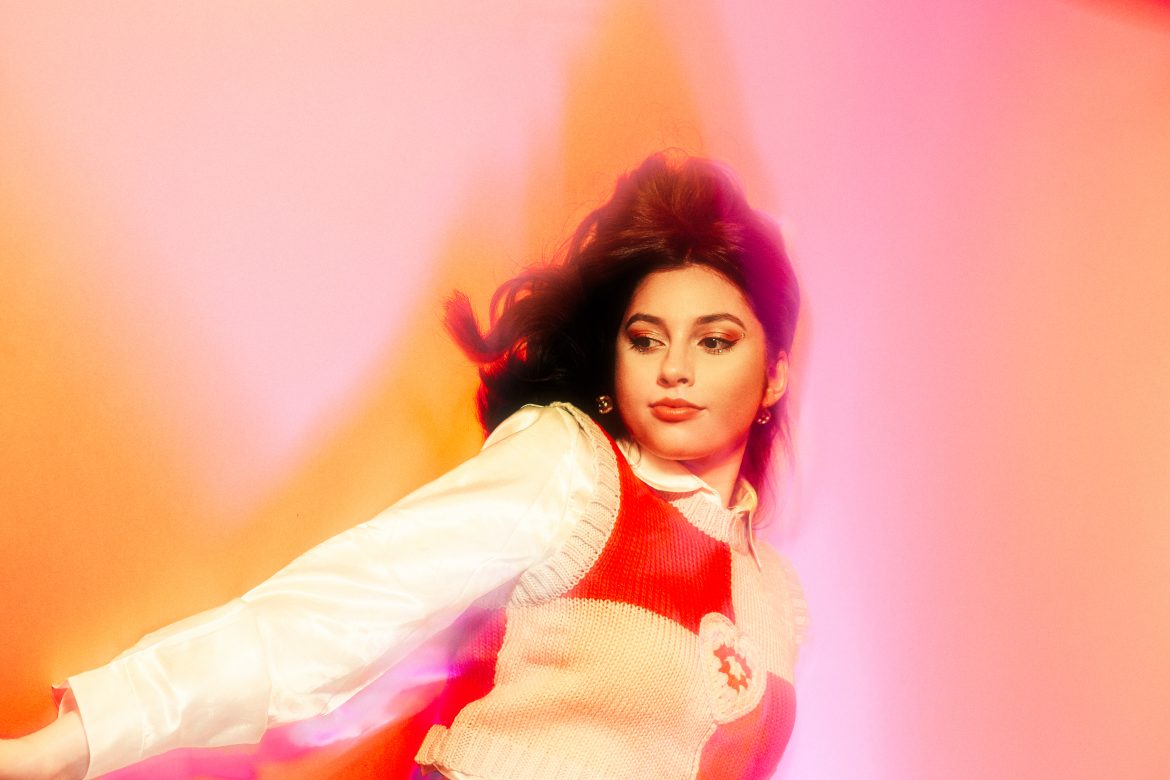 I’m based in the hills district in Sydney.

I’ve always gravitated towards singing and performing from an early age. There is much evidence of this eg. home videos of me trying to entertain guests by singing ABBA into a paper towel roll. In terms of songwriting, that began at about age 10 when I received a digital piano for my birthday and started to write tunes in my bedroom.

The Sydney music scene is flourishing again so I’ve been busy doing all sorts of gigs (originals, covers and playing in other bands), teaching and working on my next releases. You definitely need to wear a lot of hats in this industry but I’m really grateful to have enough opportunities to make it work as a full time musician.

Your debut single ‘Hearticulate’ was released on the 6th of May, what influenced the sound and songwriting?

It ain’t no secret that I love 70s music so there are definitely some yacht rock influences in there. Think Steely Dan, Bobby Caldwell and Valerie Carter. I also listen to a lot of current R&B artists like Raveena and Kali Uchis as well as soul/funk revivalists like Silk Sonic and Vulfpeck so there may be some traces of that in there too.

How did you go about writing Hearticulate?

I’m mainly a keyboard player but the initial idea for the song actually came to me on the guitar. I was noodling around in my studio and came up with the arpeggiated chord progression you can hear in the chorus. I then transferred the chords onto the piano and wrote the melody and the lyrics in my bedroom.

What does this debut single mean to you?

This one is a special one for me. I feel super aligned with it stylistically and just ran with my creative instincts which sometimes tells me to do things like play a spacey synth solo. It’s important to me to create from an authentic place and use songwriting as a tool to discover and articulate what’s true in my heart 😉

The song was actually made entirely at home as I happen to live with a couple of fine musicians – my Dad and brother. We all have our own studios at home so the song hopped between three spaces. The track was produced by my brother Alex Ertler and I and mixed and mastered by my good ole man John Ertler.

The song has been through a few iterations. The first was for a uni assignment in 2020 during lockdown. A year later I revisited it, upped the tempo and added new instrumentation. My fickle self ended up thinking it was better and had more groove in the first demo so I returned to the original tempo and gradually replaced all the instruments and vocals. It wasn’t the smoothest process but I’m glad that I waited until 2022 to perfect the track as I felt more confident with my skills and artistic vision for this project.

I’m getting ready for my headline show at Lazybones on the 9th of June! It’s gonna be a groovin’ time playing with a full band and celebrating the release of “Hearticulate”. There may be some Cuervo gold, there may even be some keytar. I’m also preparing the next batch of tunes.

I recently saw Donny Benét at Manning Bar so I have been blasting his disco grooves in the car a lot. Some old school stuff too eg. The Chi-lites and The Crusaders. I listen to a lot of local Aussie artists too. Recently I’ve been enjoying AnnaLina, Gemma Navarrete, Julian Munyard and Chuey.

I feel like most of my time is consumed by music but I also enjoy being in nature, clumsily rollerskating, reading, watching films and travelling which I hope to heck I do this year.

I’d say my favourite hangout spot is Frankies. Delish pizza, elite whiskey & apple. They also used to host Tuesday karaoke nights. I recall singing some TOTO and Deep Purple up there. In terms of restaurants, I love Colombian and Japanese food so I’d recommend Tentaciones in Surry Hills and O’Uchi in the CBD (get the green tea creme brûlée).

ELIZA & THE DELUSIONALS gear up for the release of highly anticipated debut album NOW AND THEN and share lead single, ‘BED SONG’