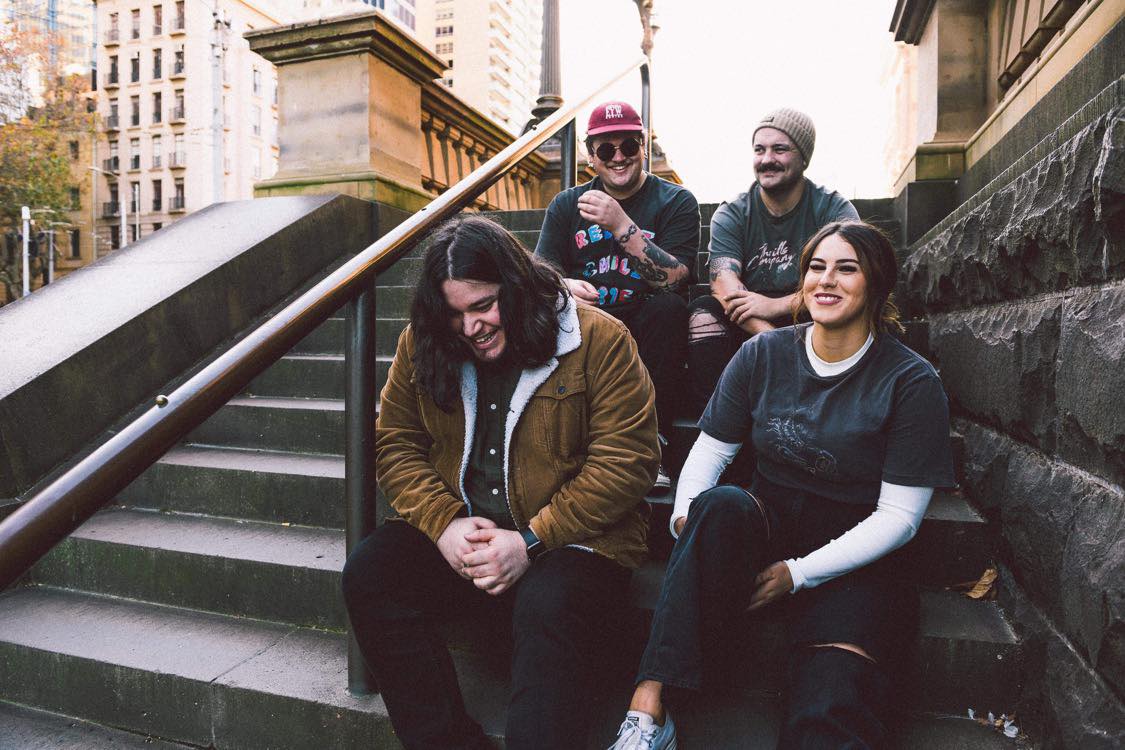 After what seems like an eternity trapped indoors, Melbourne alternative rock group Okay Dane finally re-emerge ready and rearing to bring their new music and live show to stages across the country.

With their new single, ‘Goldfish’, the band displays front and centre their ability to craft a well written and energetic song without losing any of the energy and excitement they have become known for across their most recent releases, ‘Different Waves’ and ‘Thread’.

The release of ‘Goldfish’ proves again that Okay Dane only continue to make each release better than the previous, showing that the sky’s the limit for the Melbourne locals.

‘Goldfish’, like Okay Dane’s previous releases, features raw and passionate vocal delivery and melodies accompanied by soaring guitar lines guaranteed to drive any crowd into a frenzy, not dissimilar to bands like Sly Withers, WAAX and Semantics. Recorded at Sunset Pig studios in Melbourne, ‘Goldfish’ saw Okay Dane work with Sam Swain and Sam Sproull to create an energetic anthem ripe for moshing along to.

Says songwriter Jake Kougioumtzis, ‘Goldfish’ is an expression of the struggles they have experienced over the past year.

“‘Goldfish was written over half a year starting in the middle of the 2021 Melbourne lockdowns, it started out as just being a reflection of how I was feeling with the isolation, missing family and friends and longing to play live again.”

“Enough guts and gusto to really move you. Good signs from this band that continues to make noise.”

“…a solid and endearing bitta grunge with a chorus that packs a serious punch.” Triple J Unearthed, Abby Butler (‘Someday’, 2020)

‘Goldfish’ is available across all streaming services now.