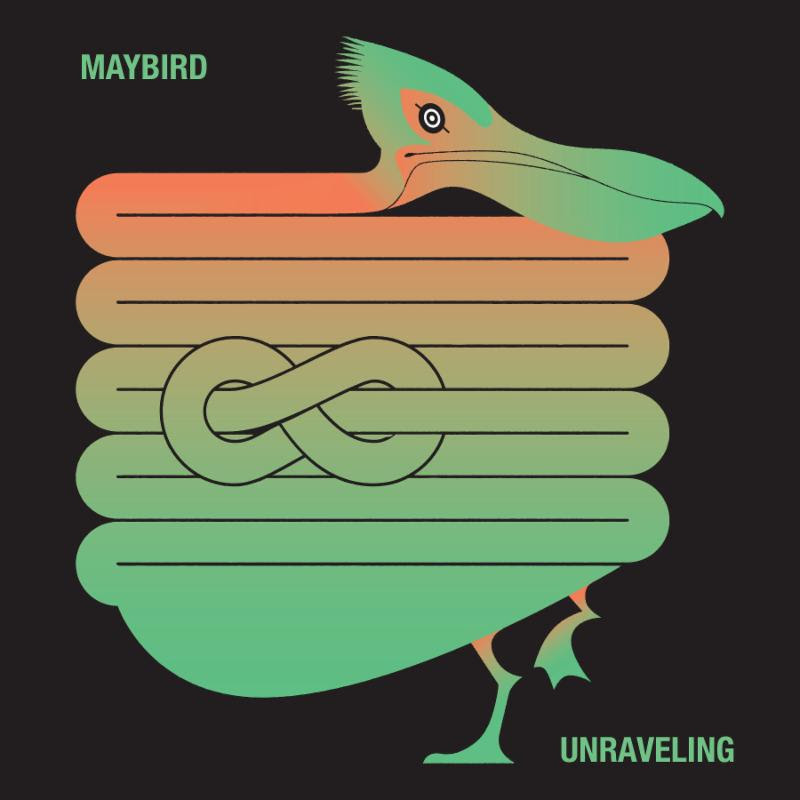 Stream/Share “Grace”
Maybird have today announced their upcoming Patrick Carney produced EP Unraveling, which will be released this summer via 30th Century Records. Entertainment Weekly, who premiered “Grace,” the newest single from the EP earlier today, spoke with Josh Netsky of Maybird who said, “The song is about desiring the ability to be graceful so that you can win somebody’s affection…But that somebody is kind of out there – like not in your league.”
Fusing expansive psychedelia with evocative roots rock accents, Maybird are originally from Rochester, New York. The group was formed by Josh Netsky, a singer and songwriter who released four independent albums and performed frequently on the East Coast. Josh had a fluid band lineup for years, with guitarist Sam Snyder the sole constant. One night when Sam was unable to play a gig, Netsky called upon guitarist Kurt Johnson to fill in. Both guitarists ended up able to perform, along with drummer and brother Adam Netsky and Maybird was born.
In 2013, Maybird made their recording debut with an ambitious independent album, Down and Under. As Maybird developed a growing following on the East Coast, they were approached by producer Danger Mouse, who had heard and enjoyed the record. Danger Mouse asked Maybird to sign with his new label, 30th Century Records, and the group’s first project for 30th Century, the EP Turning into Water, was released in April 2016. The group is due for another release in early June, after spending time in Nashville recording with Producer Patrick Carney this past summer.
Maybird released single “Keep in Line” from the EP last month. DIY Magazine called it a “timeless psych-pop single” and also note that it “often toes the line between pure psych-pop euphoria and a sense of frustration and restlessness, something that also feeds into the lyrics.” Listen to “Keep In Line” here.
The band will continue a run of east coast tour dates later this month which include a show at Brooklyn’s Union Pool on June 3rd. A full rundown of dates can be found below.
Unraveling EP Tracklisting
01. To The Stars
02. Keep in Line
03. Grace
04. Bluebird Flew Away
Upcoming Tour Dates
5.23.17 – Empire – Portland, ME
5.24.17 – Middle East Upstairs – Cambridge, MA
5.25.17 – Columbus Theatre – Providence, RI
5.26.17 – The Hollow – Albany, NY
5.27.17 – Buffalo Iron Works – Buffalo, NY
6.1.17 – Cafe Nine – New Haven, CT
6.2.17 – Milkboy – Philadelphia, PA
6.3.17 – Union Pool – Brooklyn, NY
6.8.17 – Funk ‘n Waffles – Syracuse, NY
6.9.17 – The Haunt – Ithaca, NY
6.10.17 – The Bug Jar – Rochester, NY
MAYBIRD // FACEBOOK // TWITTER // INSTAGRAM
30TH CENTURY RECORDS
maybird
0 comment 0 FacebookTwitterPinterestEmail