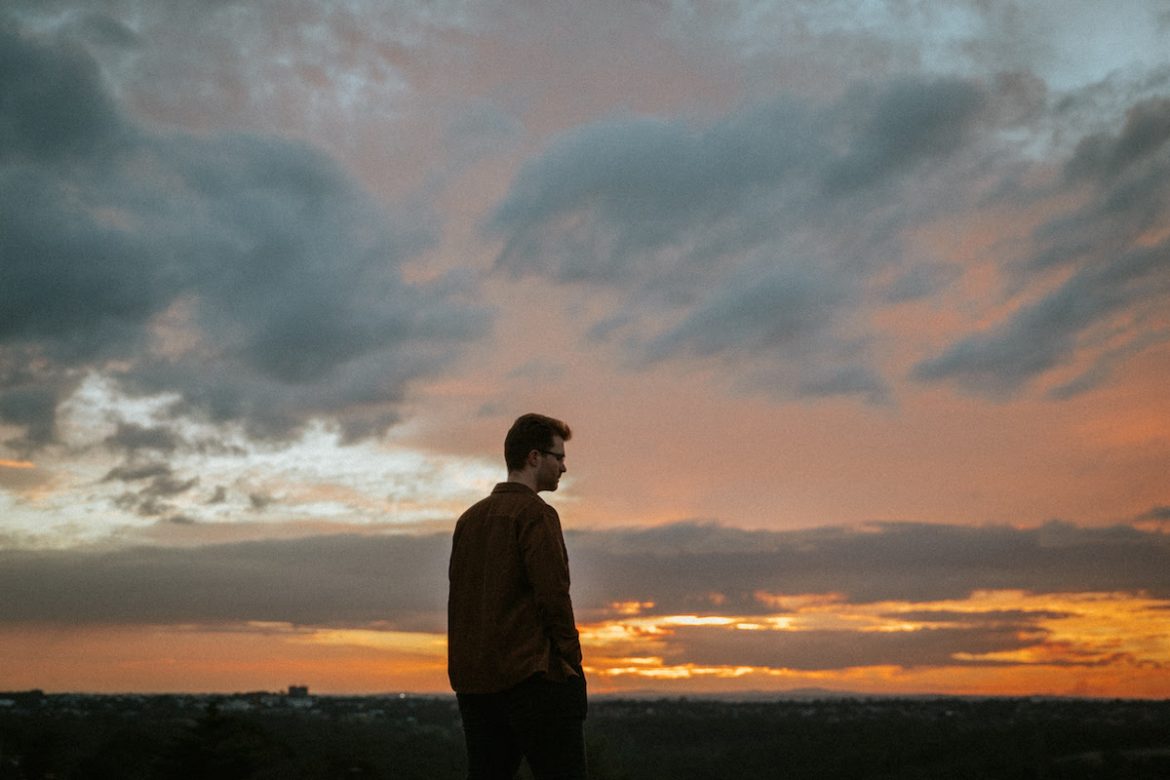 I started playing music like most people do, at school. What really inspired me to write and consider it as a career though, when one day a wonderful man, Ben Abraham, came to our school and played for the everyone. It was the first time felt that ‘This is what I want to do with my life’ vibe!

Like I mentioned above… Quite a lot. ‘Getting Over All Of It’ really signifies the change of a season in life. Sarah and I moving out of our house-sharing house (which we love and will dearly miss) into a little two bed room to prepare ourselves to be parents, to give just one of a few. Music wise though, I’m currently preparing for the album launch at The Wesley Anne on the 30th of July with a 15-piece band. It’s going to be epic!

You’ve just released your sophomore album ‘Getting Over All Of It’ what influenced the sound and songwriting?

So many things influenced this album! Sufjan Stevens, Gang Of Youths, Kings Kaleidoscope, Bon Iver and S. Carey to name a few artists. The songwriting was all inspired by the difficult situations that were happening around me at the time. Stories of broken relationships, church struggles and learning to grow through difficulties.

How did Getting Over All Of It come about?

Like I mentioned above, ‘Getting Over All Of It’ came about really as a way for me to process and fully experience the things that were happening around me. I’m generally not a super emotional person, but theres just something about music that can bring me to my knees. I think that’s why I wrote it so I could start some sort of therapy process to heal.

Haha, It was messy. A lot of the recording was done by me and through all the lockdowns and was spread over 2 years. I had some international musicians to help me out with all of the strings parts and then worked remotely/locally for all the core instruments like drums, bass and electric guitar. I had sooooo many people involved in this album though, 20 people all up. In no particular order; Graham Christopher King – Drums, Jacob Sells – Electric Guitar/Percussion/Mixing, Gordon Lewis – Bass, Marlene Bellissimo – Violin, Jiro Yoshioka – Cello, Steve Giddings – Pedal Steel Guitar, Joshua Dobson – Cello, Jack Hunter – Vocals, Daisey May – Vocals, Sarah Young – Vocals, Maddy Bialecki – Choir, Sam Gorfine – Choir, Justine Healey – Choir, Katie Lapp – Choir, Michael Smyth – Choir, Matt Wandon – Choir, Sarah Young – Choir, Kate Sells – Choir, HANA – Choir, and Adam Dempsey – Mastering. CRAZY!

I approached this album very differently. The biggest change was working remotely with people. We tried zoom for quite a bit, BUT it was a little jenky for music, so musicians listen up… Check out Sessionwire! Well worth it. Apart from that, the biggest difference from this album to the last though is that I really wanted to focus on the instruments and not my voice. You’ll notice that I sing quite softly through a majority of the album. This was intentional.

Your album was completely funded via your fanbase on Kickstarter, please tell us about how this helped you:

Literally listening to Maverick City Music right now, but on any given day you’ll see me listening to; Sufjan Stevens, MARO, Organ Freeman, The Magic Lantern, Luz and Peter Sandberg

I don’t really do a lot apart from music as I work as a music teacher, BUT when I’m not doing that you’ll see me involved in church, doing some sort of filming and spending time with our dogs.

‘Getting Over All Of It’ album launch at The Wesley Anne on the 30th of July and then hoping to set up some more performances and then start doing some more recording with other artists around Melbourne.

Ooooo I’m pretty open for food. My regular stomping ground is Burger Road out where we live. My favourite is some sort of ribs…Mmmmmm.