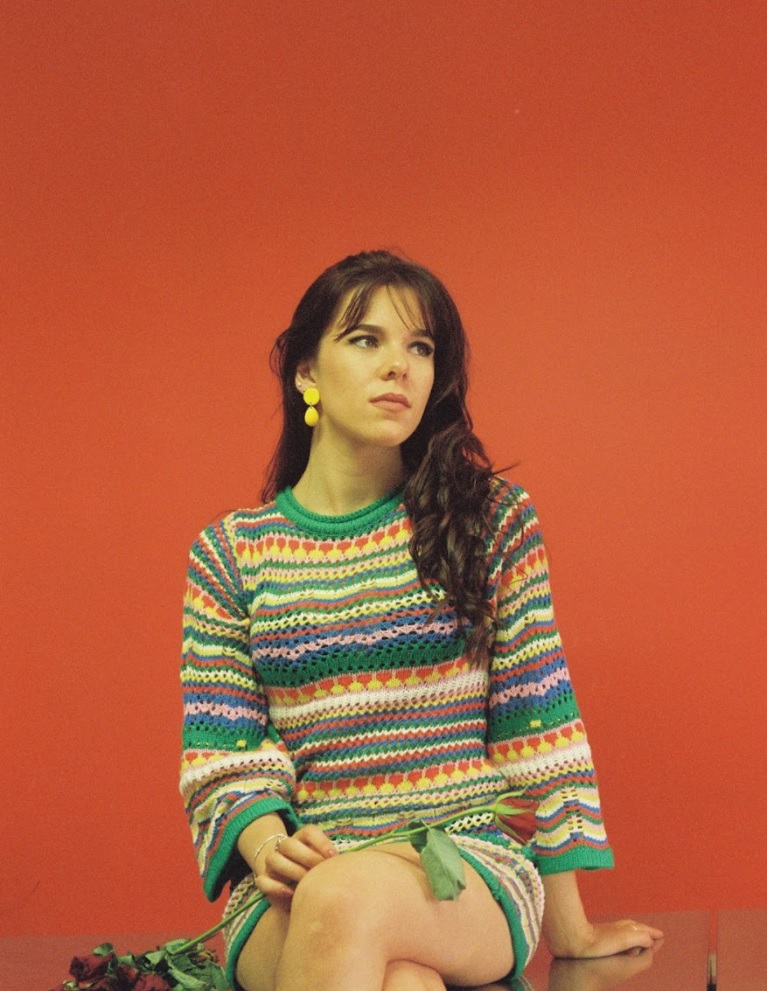 My earliest memory of playing music is when I sang Avril Lavigne to my class in  grade 1 and at the same age, singing Somewhere Over the Rainbow on every bush  walk with my family. Really though, my Dad bought me my first guitar when I was 11  and taught me how to play. Soon after, I was busking, playing piano and writing my  own songs (including my primary school graduation song haha)! I was also  introduced to open mics at the same time and that was my first experience of  getting up in front of a crowd.

Over the past year, we established the Lucy Lorenne band and sold out our debut  headline show at The Workers Club Fitzroy as well as played a bunch of other gigs  in Melbourne and Geelong! We’ve also been in the studio recording an EP which is  set to release this year.

You’re about to release your debut single ‘Geneva’ what influenced the sound  and songwriting?

Over the years, I’ve had a combination of singing teachers and mentors ranging  from blues and hip-hop artists to jazz and classical singers. I started my music  career in Jazz bands and Soul/Motown lineups which has had the biggest influence  on my vocal sound and vibe. As for the sound, I have taken the story-telling style  from the the country and folk music I grew up listening to and the instrumentation of  indie pop rock music I listen to currently.

How did you go about writing Geneva?

I first started writing ‘Geneva’ after leaving Switzerland to study in France. I was 17  at the time and incredibly excited to be in a foreign country and the ‘new kid at  school’. Needless to say there was a summer romance and the song came to life  shortly after! I didn’t have my guitar with me but to make me feel at home, my host  parents lent me a little acoustic guitar that I used to write the song. Then, I spent  the next two years refining the song and a made demo a year after that.

I recorded ‘Geneva’ with local producer Isaac Barter who recorded, mixed and  mastered the track! The band and I went to his cosy home studio to record and it

was our guitarist Gus’ birthday so we had cake and tea and it was super  wholesome!

First, I bought my own recording equipment to produce a demo for the band, sent  them reference tracks to inspire them, rehearsed rehearsed rehearsed, notated a  lyric sheet to make sure I didn’t miss any of the vocal nuances and phrasing I  wanted to include and then made sure there was plenty of unhealthy snacks for the  big days in the studio!

Please tell us about your upcoming EP:

Suffice to say there’s some similarities with the style/instrumentation that Geneva  represents but also some significant differences! The 6-track EP is scheduled to  release Autumn 2022!

The band is super special to me. I used to play with Gus Buchanan-Turnour (guitar/ backing vox), Josh Whitty (guitar) and Jay Rose-Ham (keys) during high school.  Jade McKentish joined us recently replacing Angus Sumner on bass and Immy  Owusu (drums) and I met while playing a jazz gig!

I’ve pretty much had Lianne La Havas’ album on repeat since it was released in  2020, I’m obsessed with her voice and the production on that record. I’m also  currently really into the new Melbourne band Telenova and their captivating debut  EP. Oh and who hasn’t turned off Taylor Swift’s version of Red since it was  released??

A busy day in the life of me would begin with a morning yoga routine, followed by a  surf with Dad. I would either spend the day studying for university (I major in  Anthropology) or spending time with family and friends adventuring! My other  interests include learning languages (oui je parle français) and travelling (when life  is normal!)

We intend to release another single in the coming months prior to the EP launch  mid Autumn. We are desperate to get back on stage as soon as monsieur omicron  takes a hike! And of course, the writing journey continues…

If anyone knows me, they know that I’m the biggest chocoholic! And that my  favourite hang out spot is the beach or a really pretty botanic garden!